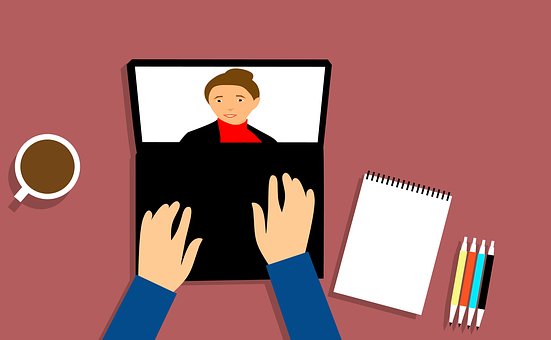 As Zoom Video Communications nears its initial public offering, cloud video services providers Highfive, Lifesize, and BlueJeans Network are making news of their own on partner and growth fronts.
Grab Your Partner
Highfive, for example, last week announced a joint go-to-market (GTM) partnership, including a freebie service offer, with enterprise identity management provider Okta. As part of the partnership, existing Okta customers get complimentary access to Highfive’s desktop and Web video conferencing services, with unlimited meetings, for one year.
This partnership is indicative of more to come from Highfive, as the company looks to differentiate itself and solidify its place in the cloud video market, said Richard Borenstein, chief revenue officer, at Highfive. Borenstein joined Highfive, along with CEO Joe Manuele, last September, bringing “cloud chops from previous leadership positions at PayPal and RingCentral,” as industry analyst Dave Michels, of TalkingPointz, wrote for No Jitter at the time.
Indeed, in a No Jitter briefing last week, Borenstein cited the Amazon Web Services, Google, and Salesforce GTM relationships he forged for RingCentral as the sorts of mutually beneficial partnerships he’d like to make happen for Highfive. “How do we scale the marketplace in an effective manner? We don’t have the funds or the wherewithal to go out and blanket every bus stop or bus …. So why don’t I go back to my roots and activate partnerships?” he said.
Highfive validated this concept with Okta, another of the vendor partnerships Borenstein worked on while at RingCentral, he said. Such partnerships are about “creating knowledge about us and pipeline opportunities by letting people use our stuff for real,” he added.
Via this partnership, users at Okta customers will gain single sign-on (SSO) access to Highfive’s full-stack WebRTC-based video conferencing platform, and IT will be able to automate user provisioning and identity management with Okta’s platform, the companies said. To make this happen, of course, Highfive’s platform is compliant with the Security Assertion Markup Language, assuring secure SSO.
$100M or Bust
Meantime, BlueJeans and Lifesize last week each announced growth milestones.
BlueJeans reported that is has surpassed the $100 million mark in annual recurring revenue (ARR) during the fiscal year ended Jan. 31, 2019. Two-thirds of that revenue comes from enterprise customers, the company said. In addition, it noted that it saw a 62% increase in meetings usage during that fiscal year.
For its part, Lifesize reported that it has exceeded $100 million in bookings, with an 80% compound annual growth rate for ARR over the last four years. Additional growth metrics include a 62% increase in enterprise customers year over year and 60% revenue generated from outside the Americas.