With an eye on enterprise growth, this cloud video startup brings on new leadership.

Cloud video startup Highfive today announced that two heavyweight industry executives -- Joe Manuele as CEO and Richard Borenstein as business development lead -- have joined the Redwood City, Calif., company. I can't say I was shocked by the news that Manuele had joined Highfive, but I do think it's an intriguing development.

Manuele has been a group executive at Dimension Data for almost three years and, previously, held leadership positions at Avaya and Adtran. To put this in context, Manuele is leaving a $1.7 billion business at Dimension Data, where he led a global UC business, to run a startup in the crowded video conferencing sector. With the move, Manuele becomes a CEO of a young, growing company that develops a cloud-architected, WebRTC-powered video collaboration solution.

When I asked Manuele about his motivation, he told me he's confident that Highfive's software and hardware as-a-service model will "disrupt this $10 billion video conferencing industry." It's a bold claim, but Highfive already has funding, an end-to-end portfolio, and channels. The company claims it has thousands of organizations in 100 countries using its services.

The timing is good, too, as the video sector is going through major changes. Just about all the pixels on the board are moving. Cisco recently relaunched Webex with new client and backbone capabilities, along with the introduction and integration of Webex Teams for workstream collaboration. Also, Cisco named a new leader for its Collaboration group just a few months ago.

Plantronics recently acquired Polycom. Microsoft is putting significant emphasis on conferencing in its Teams application (along with telephony and workstream collaboration). Vonage recently acquired Tokbox. Vidyo is building momentum as a video-oriented CPaaS. Starleaf announced new endpoints for Microsoft Teams (before Microsoft). Avaya is shifting from Scopia to its newer Equinox conferencing service.

Many people falsely assume video is a mature industry, but it's experiencing something of a rebirth. The demand for video continues to grow as the cost of quality equipment and services drop, the quality and experience improves, and teams become more distributed. This is a strong market, as evidenced by Logitech's recent report that its video unit experienced 44% growth. Also, cloud video competitor Zoom reports that it continues to experience double or triple digit growth.

Manuele isn't going into Highfive cold. Earlier this year he facilitated a partnership between Dimension Data and Highfive. This resulted in Dimension Data leading a $32 million investment round in Highfive and earning it a board seat that went to Manuele. (Speaking of the board, co-founder and former CEO Shan Sinha remains with the company, as executive chairman.)

A key differentiator for Highfive has always been the way it combines the video equipment into its monthly service. This eliminates upfront costs and finger pointing between suppliers. Until this year, it has mostly sold direct through its own online store. In March, it signed a distribution agreement with Dimension Data, one of the largest resellers of enterprise video. In June, it added Ingram Micro, which works with more than 200,000 resellers. 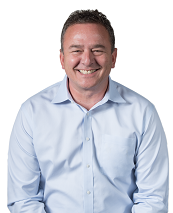 Highfive is not a low-frills service. Earlier this year it was one of two launch partners for the Dolby Voice Room system that uses AI to auto-frame and improve the usability of in-room whiteboards. This was an expansion of its agreement with Dolby, which also powers Highfive's audioconferencing solution.

Borenstein, who's been tapped as chief revenue officer to lead business development, go-to-market strategy, and sales, will help guide Highfive as it further expands its channel of resellers and distributors. Borenstein brings cloud chops from previous leadership positions at PayPal and RingCentral.

Highfive's technology is cloud-ready and operates on Amazon Web Services infrastructure. It's browser-friendly and doesn't require client downloads. It supports many enterprise features such as the ability to move conferences across devices, support for mobile clients, and screen-sharing services. Highfive services are also integrated with many popular cloud services, including Okta, Slack, Outlook, and Google Calendar.

Highfive's meeting room plans include free user licenses and start at $199 per month. Plus, all of the plans include unlimited call recording, unlimited domestic and international dial-in, and unlimited "Call Me" capability.