Zoom Video Communications wrapped up last week with formal notice of its intent to go public, using the Nasdaq ticker symbol “ZM” and seeking to raise some $100 million, as specified in a registration statement filed with the U.S. Securities and Exchange Commission on Friday, March 22.

The much-anticipated move came just two days after Zoom CIO Harry Moseley shared the company’s vision in a fireside chat at Enterprise Connect 2019. The question around video meetings isn’t one about desktop vs. huddle room, Moseley shared. “It’s about connecting with people. It’s about leveling that playing field. It’s from mobile to the boardroom, and everything in between. It’s about being able to communicate one to one, and one to a million from any device, anytime, anywhere.” 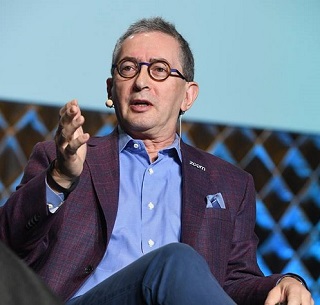 Productivity, efficiency, and ease of use are the company’s development guideposts, as evidenced in the handful of enhancements and hardware partnerships Zoom announced at Enterprise Connect for its Zoom Phone, Zoom Room, and Zoom Meetings products. These include real-time transcription, which Moseley called out on stage as a differentiator for Zoom today.

Since launching in 2011, Zoom has emerged as a cloud-native go-to provider of video conferencing for business meetings, a fierce competitor to products such as Cisco’s Webex Meetings and Microsoft Skype for Business. Founder and CEO Eric Yuan comes from a Webex heritage, having worked there as an engineer before Cisco acquired the company in 2007.

In its Form S-1 registration statement, Zoom pointed to the failure of legacy communications systems to adequately address the requirements of a modern workforce. “Legacy communication tools have been ineffective due to substandard technology, expensive deployments, complicated interfaces and aging, proprietary architectures,” the company stated. “This dynamic has resulted in organizations deploying disparate and siloed technologies to address each of the various ways in which people communicate, including video, voice, email, chat and content sharing. These disparate technologies are difficult for employees to adopt and navigate and cumbersome and expensive for IT to support and manage.”

In contrast, Zoom’s filing states, the company’s cloud-native, video-first platform “just works,” enabling Zoom to turn viral adoption into paid accounts. As evidence, it shared that of its 344 customers that spent more than $100,000 in the fiscal year ended Jan. 31, 55% started with at least one free host prior to subscribing. These customers contributed 30% of revenue during that period, Zoom reported.

In rationalizing its belief in its continued growth potential, Zoom wrote that once companies formalize on Zoom video, “they tend to greatly expand their use of video throughout their organizations. As a result, we expect that use of our platform will significantly increase the penetration of video communications across a broad range of customer types and use cases. We believe that all of today’s knowledge workers could benefit from our platform’s ability to connect people through frictionless video, voice, chat and content sharing.”

In previous No Jitter interviews, CEO Yuan has discussed the importance of establishing a culture of happiness at the company – something he has said not only benefits employees but also customers. The company spoke to the importance of that in its registration statement, as well: “Or culture of delivering happiness drives our mission, vision and values and is fundamental to everything we do at Zoom.”