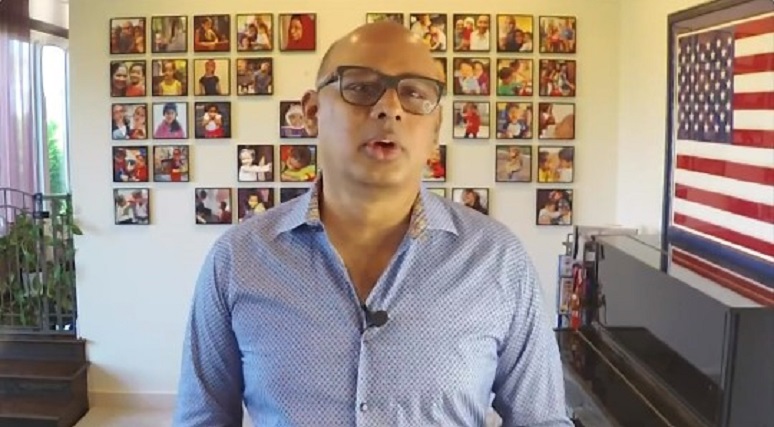 Building on five core themes of trust, people-centricity, a unified approach to communications, global footprint, and openness, RingCentral earlier today shared its platform strategy, product updates, and directions to watch during its thought leadership address at the Enterprise Connect Digital Conference & Expo taking place this week.
These themes characterize RingCentral’s “calling card,” in the words of Anand Eswaran, president and COO at the UCaaS provider. He explained:
Give Me an "M"
With the “M” piece of MVP, users on the RingCentral platform can collaborate internally and externally — with chat, and content sharing, and calendaring capabilities, for example, . For example, said Will Moxley, chief product officer and SVP at RingCentral during the company’s session, titled “The Future of Work is Anywhere.” RingCentral promises monthly updates via RingCentral Desktop, a unified calling, team messaging, and video app announced in May, he said.
For the “V” piece of MVP, RingCentral has now partnered with Poly to bring RingCentral Rooms to the Poly Studio X all-in-one video bars, announced Will Moxley, chief product officer and SVP at RingCentral during the company’s session, titled “The Future of Work is Anywhere.” RingCentral Rooms for Poly is in beta, with general availability to follow in the “upcoming months,” he said.
The goal, Moxley added, is to bring “simplicity, convenience, and a modern meeting experience to physical workspaces” — for the day, hopefully soon, that workers will return to the office.”
RingCentral Video, announced in late spring, is a native video meeting app integrated as part of the MVP experience. As Moxley reminded attendees, RingCentral Video integrates with common productivity tools like Microsoft Outlook and Google G Suite, is browser-accessible — no download required —provides seamless switching from a telephone call into a video meeting, and incorporates enterprise-grade security. Soon, too, RingCentral will be adding new AI capabilities for real-time meeting transcription, Moxley said.
For the “P” component of MVP, RingCentral recently announced new usage and adoption analytics that allow organizations to assess how much telephony is in use, Moxley said. This insight builds on what the UCaaS provider already has offered on quality-of-service analytics, he added.
Always Expanding
Beyond MVP, RingCentral also took the opportunity to share an update on its open platform and global footprint.
Via its commitment to openness, the UCaaS provider aims to “remove silos and reduce context switching, by bridging together the apps that you want to use the most with RingCentral, making it easier and more efficient to bring together different workstreams to get work done,” said Ritu Mukherjee, VP of product management at RingCentral. As an example, she cited integrations between its cloud PBX capabilities and popular team collaboration apps Slack and Microsoft Teams, with the latter including last month’s announcement of Cloud PBX for Teams, enabling Direct Routing integration, she added. Additional integrations include Salesforce, for CRM, as well as a variety of vertical integrations made in the past year. The vertical integrations include Smarsh, for data archival in the financial industry; EPIC, for electronic medical records; and Canvas, for video integration into this online learning platform, she said.
As far as its global presence, RingCentral continues to expand its footprint and compliance certification in new countries. For example, South Africa will be coming online later this year, with full media presence, said Mukherjee, noting that the UCaaS provider offers international virtual numbers in 100 countries. Additionally, RingCentral will soon have data residency in Germany and Australia, too, she added.
As Eswaran told the EC audience, “things are looking very different for communicating and collaborating” these days, in light of COVID-19. RingCentral sees its job to “keep employees engaged and customers happy,” and that it can do by starting with the employee experience delivered via unified communications and collaboration platform built on principles such as openness and trust.