As the metaverse begins to come into focus, players across the VR and AR landscape are constantly innovating. Here are three unfolding new things to watch. 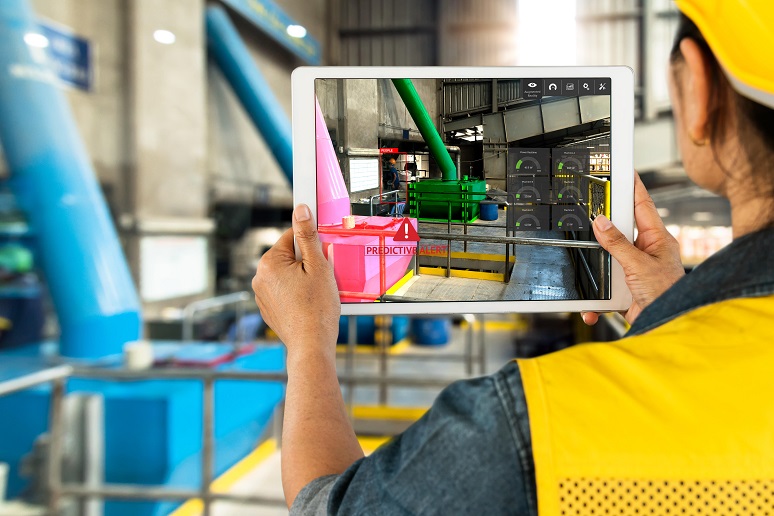 Image: JIRAROJ PRADITCHAROENKUL - Alamy Stock Photo
Covering the virtual and augmented reality (VR, AR) space can be a bit tricky. We are in the “wild west” days where change is the only consistent feature in the landscape. As the metaverse begins to come into focus, players across the VR and AR landscape are constantly innovating, pivoting, and trying to find their niche in this exploding area. Let’s dive into three important developments in AR I’m tracking in the early part of 2022.
Microsoft Is Looking at a Different HoloLens Strategy
On January 26, I attended a virtual event centered around the HoloLens 2, Microsoft’s industry-leading AR headset. It was full of presentations of amazing success stories, from whiskey making to remote surgery. Ever since I first put on a HoloLens 2, I’ve been really excited about the future of AR, looking past the shortcomings of the device and looking forward with great anticipation to the HoloLens 3, something myself and others predicted we would see in 2022.
Less than a week after the HoloLens 2 event, rumors began to surface that there wouldn’t be a HoloLens 3. These rumors also alluded to disagreements within Microsoft, defections to Meta, and an alleged strategy of shifting the focus from the Hololens to a partnership with Samsung. While I can’t provide any clarity as to what exactly is going on inside Microsoft, it does appear that Microsoft is pivoting away from future development of the HoloLens. Again, not much has been confirmed directly by Microsoft at this point.
Also of note, these rumors surfaced just two weeks after Microsoft announced the $69 billion acquisition of Activision. The timing is interesting, as it could indicate an overall shift of metaverse strategy at Microsoft, budget cuts, or could be a coincidence.
Lenovo, Motorola, and Verizon Explore New AR Factors
Lenovo, Motorola, and Verizon have teamed up in an interesting collaboration to explore new form factors for AR. One of the problems with the all-in-one headset approach of the HoloLens 2 is the large form factor. Having to build processing, batteries, WiFi, and screens into a single device makes for a heavy, clunky headset.
Lenovo solves this problem by making AR devices that focus on the display part of the AR. These devices plug into a PC, and the glasses don’t have to carry around the AR technology’s weight. The other connected hardware does all the heavy lifting. This results in a lighter, smaller form factor, closer to glasses than a full headset.
The partnership with Motorola and Verizon takes this a step further with the announcement of a wearable device that goes around your neck like a lanyard. This device, built by Motorola and powered by 5G from Verizon, provides the compute functionality to the glasses in a form factor that allows for handsfree operation without a bulky headset. The device connects to the Lenovo ThinkReality A3 AR glasses and includes some gesture controls and is a great example of how the AR headset is evolving.
While someday we might have self-contained AR glasses, we are most likely first going to see glasses that leverage the capabilities of smartphones or smartphone-like wearables, similar to what Lenovo and Motorola are developing.
In fact, this could be why Microsoft is pivoting away from an all-in-one handset in favor of a partnership with Samsung, where upcoming AR glasses are likely to be an extension of Samsung smartphones.
Cisco Adds 3D Modeling to Webex Hologram
The final development in Q1 I’m tracking is the continued progress of Cisco’s Webex Hologram solution. Announced last year, Webex Hologram is an AR application that allows for one-to-one meetings with remote participants via hologram. I had the pleasure of experiencing a live demo recently centered around healthcare, where the person I was meeting with appeared as a hologram on the other side of my desk. I experienced the interaction through a Hololens 2 headset, though Cisco is developing Webex Hologram with other headsets .
While the “cool factor” is the first thing you notice, Cisco has added some functionality that makes this much more interesting than it appeared even just a few months ago. The biggest feature is the ability to add 3-dimensional holograms to the conversation. In the demo, the engineer brought in a 3D model of a human skeleton. Not only was he able to move, rotate, and resize the model, he handed it to me, where I could manipulate the model as well.
Being able to be “hands-on” with an object in a remote collaboration session with a hologram takes this from being just a cool toy to a useful tool. While still in the early stages, I look forward to tracking the continued progress of this solution.
The first quarter of 2022 has been an interesting mix of disappointment and innovation. As the year progresses, I still expect to see some big news from folks like Meta and Apple, along with the rollout of the Magic Leap 2, one of the expected top alternatives to the Hololens 2. The AR landscape is changing rapidly and will continue to evolve in surprising ways I’m sure.
Are you attending Enterprise Connect? Be sure to attend my panel session on Thursday, March 24 at 9:00 a.m. where we will dive deeper into “The Reality of AR in the Enterprise.”