8x8 is executing on its XCaaS vision, while Vonage sees API growth. 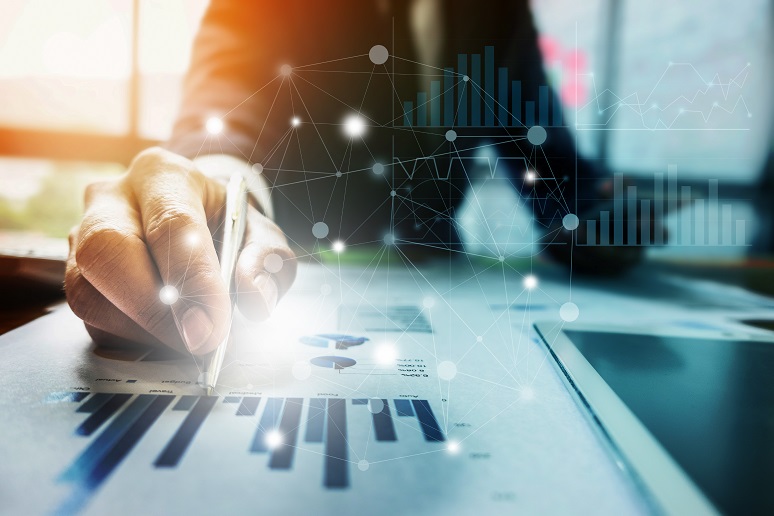 Image: itchaznong - stock.adobe.com
In addition to RingCentral financial results this week, 8x8 and Vonage both announced quarterly results. Each vendor is in similar situations with a relatively new management team that has a focus on execution.
The previous CEOs in both cases (Vikram Verma at 8x8, Alan Masarek at Vonage) used a combination of acquisitions and home-grown technology to transform the businesses. 8x8 hired former RingCentral executive Dave Sipes to lead it, while Vonage tapped Rory Read, formerly chief operating executive at Dell, to drive better execution there. A look at each vendor’s numbers shows both are making steady progress on their plans. Below is a closer look at each.
8x8’s XCaaS Vision is Paying Off
After market close on August 4, 8x8 announced its first-quarter 2022 financial results, which ended June 30, 2021, showing a solid execution. The company announced total revenue of $148.3 million, well ahead of Street expectations ($144 million), representing 21.8% year-over-year (YoY) growth and 2.5% sequential. On the call, 8x8 also raised its full-year service revenue guidance to 14-15% YoY growth. All of the above numbers are important as Sipes stated the company would focus on profitability and growth. At RingCentral, Sipes played a key role in turning it into an execution machine, and he’s brought that to 8x8, and the results are showing.
A closer look at the numbers shows that its XCaaS vision and strategy are working. The contact center business is now 30% of annual recurring revenue (ARR) growth over the quarter, showing a strong attach rate between UCaaS and CCaaS — one of the pillars of XCaaS. Also, the company noted acceleration of the CPaaS business, another important component of XCaaS.
One of the more impressive data points was the growth of enterprise business. 8x8’s total annual recurring revenue is now $536 million, which grew 24% YoY. That number includes:
Management at 8x8 stated 820 customers now generate an ARR of over $100,000, which equates to 36% growth. The small market is where 8x8 grew up, as those customers were early adopters of cloud, but the pandemic caused a wave of interest upmarket. In reality, enterprises were trending that way, but COVID accelerated interest in it, enabling people to work from home.
Another cog in the 8x8 wheel is attaching to Microsoft Teams. Teams’ usage skyrocketed, as Microsoft’s ability to attach the product to Office 365 has created a wave of growth. But Teams is filled with holes, including calling and contact center, and 8x8 helps in both those areas. 8x8 added contact center integration to Teams last quarter and has recently added SMS, faxing, and MMS, and management cited larger deals when selling into Teams customers.
Vonage Sees Growth in API Business
Before opening bell on August 5, Vonage reported its second-quarter 2021 financial results, which ended June 30, 2021. Vonage’s total revenue was $351.5 million (above Street estimates of $334 million) and represents 13.2% YoY growth and 5.6% sequential growth from last quarter. For the third quarter, Vonage guided to revenues of $345-349 million, slightly ahead of what my financial analyst colleagues were expecting.
The outperformance this quarter came from the continued impressive growth of the API business, up 40% YoY, and apps (UC and CC) growing 7% YoY. While Vonage is a well-known UC/CC vendor, the API business has been on fire since the pandemic began, as companies look to integrate video into apps. During the earnings call, management highlighted a company called Kry that uses the video APIs to power digital healthcare. Vonage shared how mortgage company AmeriSave mortgage is using SMS and Verify APIs for customer engagement and fraud protection. Vonage also noted how Krafton uses the Verify API to differentiate between minors and adults using its platform to protect against gaming addiction.
While the API business has fueled growth, the apps business is ramping up as more customers buy UC and CC together. In fact, Vonage reported 10 out of its top 15 deals in the quarter included an integrated UC and CC solution. This was also a major theme with 8x8 and RingCentral and the impetus behind the massive Zoom/Five9 acquisition. Vonage provided three examples of this: the city of Hackney in the UK, an unnamed healthcare company that integrated Vonage with Teams, and a Fortune 1000 consumer good company, which is using Vonage in conjunction with Salesforce.
The current UC/CC environment is a rising tide that’s carrying most of the vendors, but this won’t last forever. The long-term winners are the ones that can execute for a sustained period. The Sipes/Read tenures are off to a good start at 8x8 and Vonage, respectively. Only time will tell if they can keep the momentum going but so far, so good.