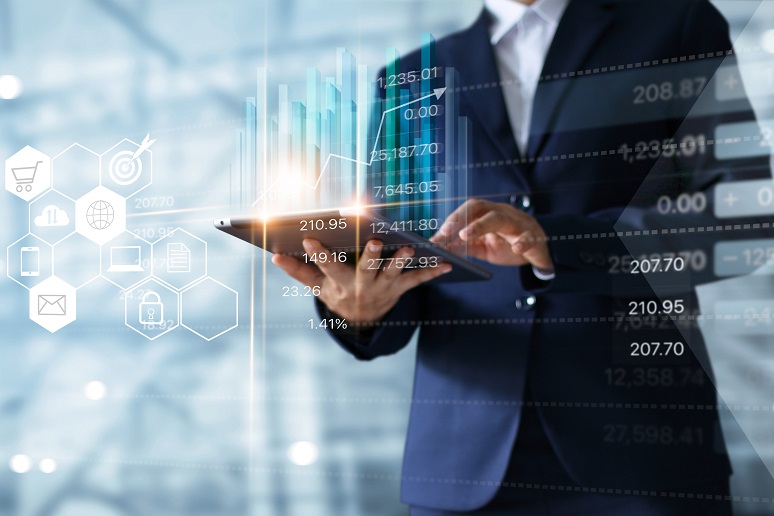 Image: ipopba - stock.adobe.com
RingCentral this week announced its second-quarter fiscal year 2021 results, which ended June 30, 2021. Per the norm, the company put up strong results across the board.
Looking at the numbers, you’ll see total revenue was $379.3 million (well ahead of the $358.9 million street expectations), representing a year-over-year (YoY) growth of 36.4%. As one would expect, subscription revenue was the primary growth vehicle as it came in at $351.2 million, representing 36% YoY. Gross margins were a solid 77.4% in the quarter, which was in line with the Street estimate of 77%. GAAP operating margins were 10.2%, which is impressive for a company that invests as much as it does in growth.
One equity analyst noted that the company is executing well above the “rule of 40” measure for SaaS companies. For those unaware of this metric, investors consider a SaaS company successful if the operating margin and growth rate exceed 40%. In this case, RingCentral is at 46.6%. This metric is how we should be measuring UCaaS and CCaaS vendor financial stability versus old school metrics that result in Sangoma being more financially stable than RingCentral and Microsoft.
Looking ahead, RingCentral management upped its full-year guidance for 2021. Annual revenue is expected to be between $1.539-1.545 billion, a growth of 30% from the middle of that range. RingCentral’s previous guidance was $1.50-1.51 billion. The strong outlook should quell the bears that have been worried about a second-half swoon to the calendar year as people start to head back to the office. The reality is hybrid work is here and going to stick around for years. RingCentral tools are a foundation to hybrid work and enable workers to function consistently from wherever, whether that's at home or in the office.
Management cited strong enterprise momentum with a record number of deals with a total contract value (TCV) of over $1 million, including one north of $10 million. While these numbers are impressive, TCV is a bit vague as a $1 million TCV deal on a five-year contract is $200,000 annually. I’d rather see million-dollar ACV deals. However, the number of large deals shows RingCentral is continuing to make progress upmarket.
On the call, management noted large deal strength was driven by ramping contributions from Avaya, Atos, ALE, AT&T, BT, and Telus. This segment grew 34% YoY and reached $860 million. Most of this revenue bucket comes from Avaya. Reseller feedback on Avaya Cloud Office has been more than positive, and I’m expecting a strong number from Avaya when it reports on Monday.
The other partnerships are in the early stages, and as those other partnerships begin to ramp up, RingCentral should see a steady acceleration of this business globally. These partnerships aren’t easy, which is why only a few exist in the industry (for instance, Dialpad/T-Mobile). RingCentral is now benefitting from that hard work, as those partners are driving significant volumes of revenue, much of which is in the untapped large enterprise segment.
Much of industry dialogue recently has been about the integration of UCaaS and CCaaS, highlighted by Zoom dropping almost $15 billion for Five9. Despite not owning both sides of that coin, RingCentral continues to benefit from the trend, particularly in the small to mid-marketing, as the majority of deals include contact centers. During the call, RingCentral highlighted Ardonagh Group, a UK insurance distribution platform that chose RingCentral to provide over 3,500 UCaaS seats and 800 CCaaS seats. I believe RingCentral will eventually use the assets it has to build its own CCaaS product, but for now, the NICE/InContact partnership seems to be working.
The UCaaS and CCaaS markets are about as competitive as any in tech. The market features not one but two 800-pound gorillas in Cisco and Microsoft and two companies with massive install bases, Avaya and Mitel. Then RingCentral’s most formidable peer, Zoom, is going hard after the phone business, as well as 8x8 and Vonage that have revamped leadership and are looking to disrupt RingCentral. Throughout the competitive noise, RingCentral remains an execution machine, and despite its lofty stock price, has room to grow.

Expands Work.com platform to give employees access to greater array of tools, resources, services to stay healthy, engaged, and productive

4 Key Themes & Takeaways from a Quartet of Vendor Events

A look at updates shared during analyst briefings from Zoom, 8x8, Zendesk, and Verint.