Employees need capable, reliable, and consistent Internet performance to work from home effectively. Here’s a look at how 5G stacks up. 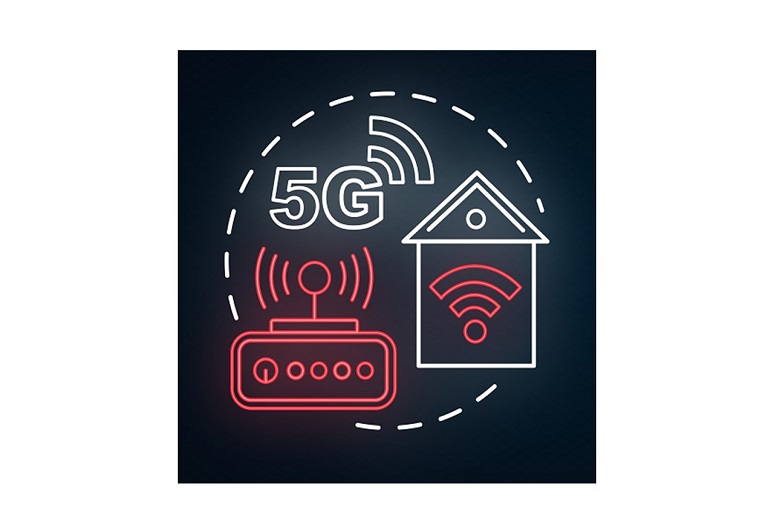 Image: bsd555 - stock.adobe.com
The mobile operators have loaded up on debt — some $95 million in the latest wireless spectrum auction — in pursuit of 5G’s elusive pot of gold. Now they must figure out how to fund that debt and ongoing investments in 5G upgrades — and it’s not going to be via consumer smartphones, since that market is all but saturated in the U.S.
To that end, as I’ve written previously, the carriers have been pursuing private 5G networks and Internet of Things (IoT). Now they’ve added a third primary push: 5G as an option for residential Internet service and work-from-home (WFH) applications. The big questions facing enterprise buyers are how 5G will measure up against existing broadband Internet options and whether it will be a good choice for WFH.
Each of the big three carriers has recently introduced “fixed wireless” offerings. As with most carrier offerings, these are mostly indistinguishable from one another, though AT&T’s offering requires a tech to do the installation. Really, they’re all basically selling the same cellular mobile broadband service you’ve been using with your smartphone (only without the handy fallback to Wi-Fi). Since we’re going indoors, they all recommend that you place the modem by a window, and with some implementations (e.g., Verizon’s) you can’t move the modem to another house, such as a vacation home.
While the documentation isn’t clear, it appears that the fixation on “fixed” is the need to ensure E911 compliance for voice services.
My pal Dave Michels, of TalkingPointz, recently wrote on T-Mobile’s entry into the space, but he focused on the Dialpad-powered T-Mobile Collaborate capability. Here I’m looking at T-Mobile Home Office Internet and the similar offerings from Verizon and AT&T, with a particular focus on how these stack up against other wired and wireless alternatives for residential Internet access for remote workers.
What Do We Need to WFH?
WFH broadband access comes with a few inescapable requirements. The service must be:
Over the past year, users who have had the opportunity to work from home got a real-world assessment of their home Internet capabilities. Most appear to have fared quite well, and if you look at the state of broadband Internet, this shouldn’t be much of a surprise.
According to the FCC’s most recent report, “Internet Access Services: Status as of December 31, 2018,” over three-fourths of broadband Internet subscribers were getting downstream data rates in excess of 25 Mbps and over half got 100 Mbps or better. That picture darkens as we move farther and farther from major metro centers and fades to black in many rural areas. I recently wrote about Rural Development Opportunity Fund (RDOF), but we still have a long way to go for 100% coverage with “real” broadband.

How Big Is Fixed Wireless Today?
The first thing to recognize is that if 54% of users are getting data rates of 100 Mbps or higher, that’s probably not happening over wireless — though a few wireless ISPs do offer symmetrical 100-Mbps service. Consistent rates in that range today are most often delivered over coaxial cable or fiber; DSL mostly tops out in the low megabits.
The FCC reports deployment of 101.2 million residential Internet connections in the U.S. at the end of 2018, with cable modems dominating at 63% of the market. DSL and fiber followed, with 19.5% and 14.4% of the market, respectively. When you cut the wire, for satellite or fixed wireless, market share drops into single digits, as you can see below.

One of the lessons that has served me very well in my long career in wireless is this: If you can do the job over a wire, save yourself the aggravation and stick with the wire. I recognize that this is not an encouraging prescription from a wireless expert, but it encompasses a fundamental reality: Wireless — i.e., transmitting information using electromagnetic waves through free space — is a tricky endeavor.
Wireless does have obvious advantages, mobility being the most obvious. But wireless also can deliver service more quickly, defeat the challenges of terrain, and offer other flexibility advantages. None of these, however, has much impact on residential broadband. In any event, while we have made tremendous advances in wireless technology, consistency and reliability are still notably absent from the list.
The cognitive problem I have always had with fixed wireless is that it has all of the inherent disadvantages of wireless, while missing out on the biggest advantage: mobility!
Looking at what the mobile operators have to offer, I see they are quoting downstream data rates that max out at 10 Mbps (AT&T) or 25 Mbps (Verizon, T-Mobile). These speeds will put customers in the bottom 25% of broadband Internet subscribers.
The depressing thing is that the only ones that seem to be offering data rates this low are the fixed wireless carriers, which are also targeting those underserved and rural areas. A comparative review of fixed wireless service offerings in what are largely rural areas gives a clear picture of why the RDOF is so badly needed. When was the last time you saw someone offering Internet access at 2 Mbps or 4 Mbps?
I started tracking the fixed wireless business in the early 2000s, when WiMAX was one of the big options on the table. Sprint was a major proponent, and there was much discussion of WiMAX on Sprint’s extensive 2.5-GHz spectrum holdings.
A few months ago, I wrote a piece on the marvelous business model that fueled Wi-Fi’s phenomenal success. WiMAX was the exact opposite of that. Ironically, its biggest contribution may be the fact that the DOCSIS standard used in virtually all cable modem systems drew heavily on the IEEE 802.16 protocols developed for WiMAX. I guess that’s a case of ”right idea, wrong medium.”
Is Carrier “Fixed” Wireless an Option for WFH?
What I would say about the cellular carriers’ home Internet services is that they are a solid entry in the desperation derby. If you have cable modem, fiber, or even decent DSL service, you probably shouldn’t give this another look. T-Mobile tries to sell the advantage of getting your business stuff off the shared household broadband connection, but you’re more likely to dump the gamers onto the cellular connection and keep the cable modem all to yourself!
However, once you move out into the wide-open spaces, coax and fiber are scarce, and you have to take what you can get. In that environment, cellular Internet would warrant consideration, but the areas that have crummy broadband options often don’t fare much better with cellular coverage. If you are casting your net this wide for options, the new satellite options should be on that list as well. In short, you need to have a list of potential options and a try-before-you-buy process in challenging areas.
We should thank the carriers for highlighting the persistent problem of expanding broadband to everyone in this country. However, the lackluster performance of the existing fixed wireless sector, both in terms of data rates offered and ability to compete with any of the wired alternatives, should tell us that the industry needs real development in technologies to address this — i.e., not just reselling what happens to be on hand.
Press releases and wishful thinking just won’t do the trick.