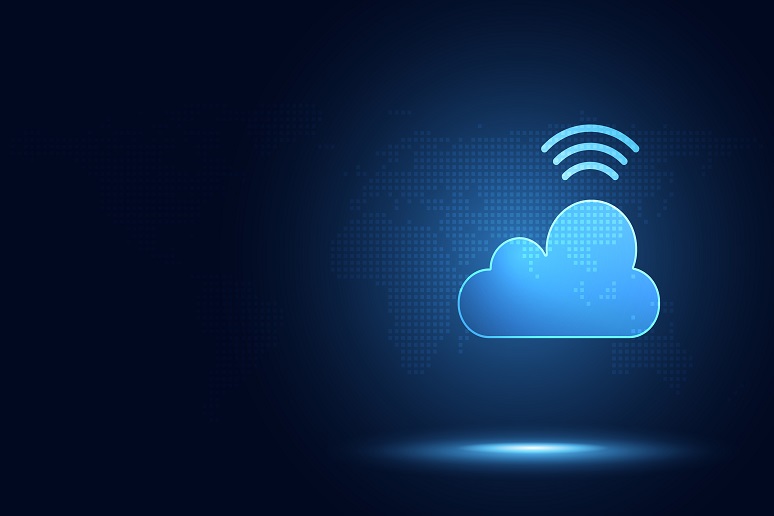 Image: Shutter2U - stock.adobe.com
Last week, T-Mobile launched WFX, a new work-from-anywhere initiative. WFX has three components:
I will focus on T-Mobile Collaborate in this post. T-Mobile describes the service as a mobile-first, cloud-based communications and collaboration suite that can replace legacy, enterprise-grade phone systems. Collaborate includes enterprise PSTN telephone service, enterprise messaging, and PINless voice and videoconferencing (via Dialpad’s UberConference Pro).
T-Mobile plays up the mobile client, which can be used in conjunction with its national 45/5G network services, but the service also offers support for PC softphones and desktop phones. The Dialpad service supports any combination of up to five devices per user.
Collaborate combined with the T-Mobile for Business plan for unlimited talk, text, and data starts at $37 per line per month. That includes both access to the T-Mobile 5G network service, and up to 10 gigabytes of hotspot data. It is a disruptive price, making the service less expensive than what many organizations are paying for either 4G wireless or UCaaS. Collaborate can also be bundled with the WFX Home Internet service for an additional $12 per line per month.
The unlimited 4G/5G services are disruptive alone, but eliminating the considerable effort that organizations exert to proactively predict wireless requirements, as well as the associated penalties when they get it wrong, also represents a significant savings.
Interestingly, T-Mobile has emphasized two key UCaaS features associated with Dialpad’s two acquisitions. The first is conferencing. Although UberConference is an original Dialpad service, technology from the recent Highfive acquisition has bolstered its meeting and WebRTC capabilities.
Second, T-Mobile touted Dialpad’s real-time artificial intelligence capabilities as a differentiator. Dialpad Voice Intelligence (Vi) combines automated speech recognition and natural language processing to deliver multiple services, including transcription of all calls and meetings, automated note-taking and tracking of action items raised in conversations, and sentiment tracking. Dialpad obtained core speech AI technology in its 2018 acquisition of TalkIQ.
The Collaborate offer also includes access to the Dialpad App Marketplace, which features integrations with popular cloud-delivered services such as Microsoft 365, Slack, Salesforce, Zendesk, and Google Workspace.
The core T-Mobile branded UCaaS offer is Collaborate, but T-Mobile also intends to resell complementary services such as Dialpad CCaaS and IP endpoints. CCaaS is a prioritized investment area for Dialpad.
With the launch of WFX, Dialpad joins an elite club of UCaaS providers that have struck partnerships with major U.S. wireless carriers. The list includes RingCentral (with AT&T), Cisco (with Verizon), and 2600Hz (with Sprint, which is now part of T-Mobile). T-Mobile stated it evaluated but ruled out building its own solution, and conducted an extensive evaluation of UCaaS providers before selecting Dialpad. During the launch of WFX, T-Mobile specifically cited Dialpad’s mobile-first technology and innovation track record as key considerations. However, it’s not clear if this selection occurred before or after T-Mobile’s investment in Dialpad.
Evidently, T-Mobile Ventures made a “multi-million dollar” equity investment in Dialpad late last year during the provider’s $100 million Series E fundraising. The round gave Dialpad a valuation of $1.2 billion. At that time, T-Mobile Ventures had not disclosed its investment in Dialpad. Mike Katz, EVP of T-Mobile for Business, has taken a board seat with Dialpad.
This announcement is significant for several reasons. T-Mobile is both joining the UCaaS provider landscape and introducing flat-rate, unlimited 5G services. T-Mobile Collaborate is intended to be the only UCaaS offer from T-Mobile. Business and government customers will benefit from some aggressive pricing meant to accelerate T-Mobile’s share of the wireless market. Dialpad will likely see its already rapid growth accelerate with the assistance of some 4,000 T-Mobile Business account executives.
Initially, the T-Mobile service is not integrated with Dialpad’s services. Customers will access Collaborate on their smartphones via a mobile app, and the smartphone will have a separate native number. I spoke to Craig Walker, CEO of Dialpad, about this, and he indicated that the companies intend to integrate Collaborate natively into the T-Mobile network, and add exclusive new features. The T-Mobile Digits technology already allows numbers to be dynamically assigned to different devices. However, Dialpad’s mobile client was one the first UCaaS mobile apps that could substitute outbound caller ID numbers, and the app supports the use of either the phone’s voice or data (4G/5G/Wi-Fi) channels.
T-Mobile WFX solutions are aimed at business and government customers. They will be sold and supported by the T-Mobile Business division, which also becomes T-Mobile Collaborate’s first major implementation, with about 5,000 seats. Walker said he intends to win over all of T-Mobile to the Collaborate service. T-Mobile also highlighted the City of Los Angeles and Nordstrom as current WFX customers. The partnership is between Dialpad and T-Mobile USA, thus the Collaborate offer is only being sold in the U.S.
Dave Michels is a contributing editor and analyst at TalkingPointz.