[Editor's note: Since publishing this piece this morning, Cisco confirmed Jonathan Rosenberg's departure as CTO and Cullen Jennings, who had been Fellow in the office of the CTO, as his replacement.]

"Like any company in the process of a major transition, Cisco needs fresh blood."

So said Elka Popova, Frost & Sullivan program director, regarding the leadership changes we've seen within the Cisco Collaboration group of late. And, indeed, Cisco has been undergoing major change, as we explored in the companion article, "What's Up with Cisco's Collaboration Business?"

So who is heading up Cisco's collaboration initiatives, and where do they plan on taking core products for team collaboration, cloud UC, and contact center? 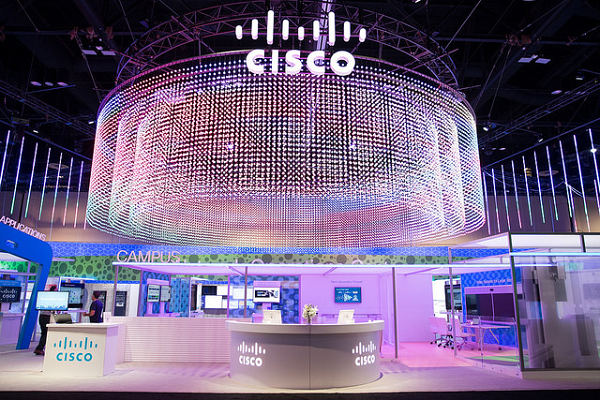 The leadership changes have come at the highest level, beginning with Jens Meggers, former SVP and GM for the Cloud Collaboration Technology Group. He left the company last year -- and has since landed at startup Huddl.ai as COO and as board member of Voxbone, a communications-as-a service provider. In May, Rowan Trollope, SVP & GM of Internet of Things (IoT) and Applications, followed suit. Since arriving at Cisco in 2012, Trollope had been credited with revitalizing Cisco's Collaboration business, and served as a highly visible advocate for Cisco's shift to cloud UC and Spark (now Webex Teams). Trollope left shortly after the Webex Teams rebranding to become the CEO at cloud contact center provider Five9 (see "Rowan Trollope on His Leap from Cisco to Five9").

Also, in the last several years, Tom Puorro has risen through the ranks at Cisco, and now holds the position of GM and VP of the Unified Communications Technology Group. Reporting to him, is Vasili Triant, who came to Cisco from Serenova in February to head the Collaboration group's Customer Care business. Then there's Microsoft veteran Sri Srinivasan, who joined Cisco in March as the head of Cisco's Team Collaboration Group. One mainstay on the Collaboration leadership team is Jonathan Rosenberg, who has served as the Collaboration group's VP and CTO for the past five years.

Team Collaboration: All In On Webex

Cisco has reported having more than 150 million monthly active users on the Webex platform, which serves as a backbone for a variety of collaboration products including Webex Teams, Webex Meetings, and Jabber. In the Team Collaboration Group, the big goal is to make Webex Teams pervasive, and the team continues to execute on the solid strategy Trollope had set in place, Srinivasan said. "We're working on unifying experiences across teams and devices. And a large part of what we're doing is opening up our platform -- specifically with Microsoft and Google."

Regarding Microsoft in particular, Cisco is building to the statement "Microsoft Teams with meetings powered by Webex," he added, also indicating that Cisco intends to support Skype for Business integrations as well.

Cisco continues to believe teams-based capabilities is the future of collaboration, and that persistent messaging should be embedded "in all our experiences," Srinivasan said. As such, expect to see the company embedding more of Webex Teams components in business applications and systems, he added.

Of course, Webex Teams will continue maturing as well, with new messaging capabilities and calling with an integration to Cisco Call Manager, he said. From his perspective, this really lays the foundation for something Cisco intends to do more of in the future: communications platform as a service (CPaaS).

In terms of what will be critical success factors for the business as it moves further into FY2019, Srinivasan emphasized the importance of data, and bringing it in via the Webex Graph, for that extra mile of efficiency. Webex Graph, introduced at Cisco's Collaboration Summit in April, is a data model that Cisco is leveraging to make its systems smarter and more intuitive for end users. 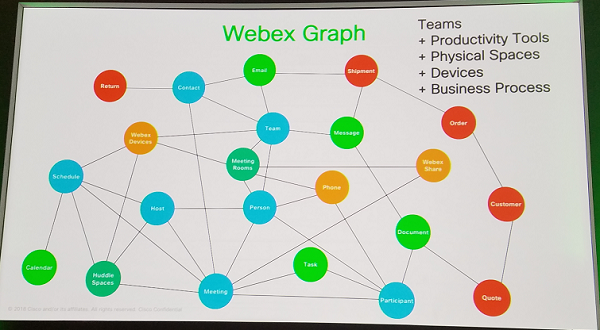 If you've noticed that you've been hearing more about Cisco's contact center solutions this past year, you're not crazy. Under Trollope, contact center received less attention than other business segments. But as Triant told me, now that Cisco has BroadSoft technology giving it a stronger cloud contact center story, he's been working to educate the market on what Cisco is doing.

Since leaving Serenova and coming on board to lead Cisco's Customer Care business in February, Triant's strategy has largely been to transition the business to cloud. "We've spent a lot of time with large and medium customers asking what they want, and they want a roadmap to the cloud," he said. "No other company in the cloud space has to do this; they're all dealing with SMBs, [and] we have one customer with 35,000 agents on the platform."

Now Cisco offers customers three deployment models and a migration path. It still is going to sell premises solutions, Triant said. "There's a huge portion of customers that still want on-prem, but want it in a financial model of SaaS," he said, so expect to see more flexible consumption models coming from the Customer Care business in the near term.

Moving forward, Triant said his personal goal is to have Cisco become No. 1 in pure cloud contact center, rising above and beyond its current strength in hybrid solutions. "The first thing we need to do is let the market know we have this cloud contact center solution," he said. "Our competitors have done a good job saying we are prem. But once the market knows we have a cloud solution, I have one of the largest engineering forces, I have the resources to execute on solutions." This allows Cisco to get away from feature discussions and start talking about changing the lifetime value of solutions, he added.

The calling and contact center businesses are investing more in cloud today that previously, he said, adding that if you took on-prem and hybrid solutions against cloud, it's about a 50/50 split in terms of investment. "By the end of FY2019, we will be the fastest growing part of Cisco's Collaboration business. By the end of FY2020, we'll be the fastest growing in Cisco's portfolio," he said.

Success will come down to two things, Triant said. The first is staying focused on the goals set for the business. Second is shifting the mindset of its people to be nimble and get away from the prem mentality, he said. "What worries me the most is ourselves because we are used to bureaucracy, but we need to act like a 300-person company."

For more perspective from industry analysts on Cisco Collaboration's place in the market, see the feature "What's Up with Cisco's Collaboration Business?"