The Problem with Z: 911 Coordinate Challenges

Here’s why getting Z-axis information has proven to be a bigger challenge than anticipated. 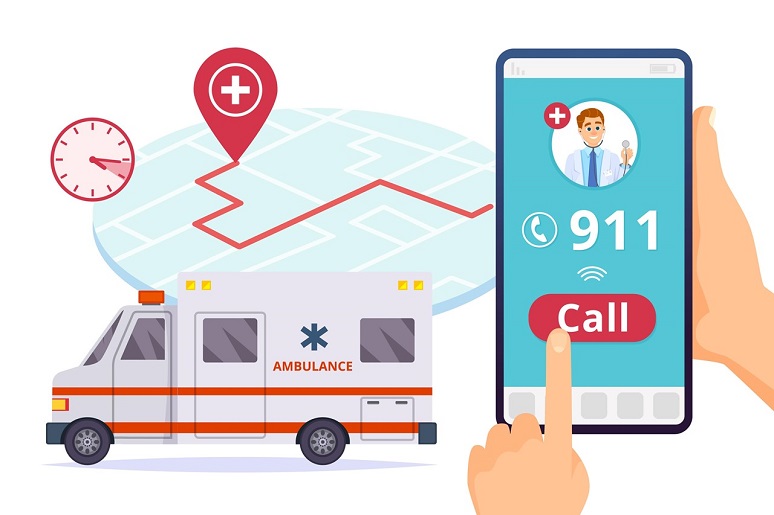 Image: ONYXprj - stock.adobe.com
Most often, when calls are made to 911, time is of the essence. Getting a first responder to the right place in the least amount of time is the ultimate and unassailable goal for everyone involved in emergency calling and response. The Federal Communications Commission (FCC) defined criteria and established deadlines for wireless providers as early as 2015—with a 2021 deadline to provide not only X and Y coordinates for mobile devices making 911 calls, but also Z altitude coordinates.
When the goals were initially established, they were to apply to the 25 largest markets in the country. The location accuracy goal was to be within three meters of the device from which the call was made. With six years of lead time, you’d think this would be a no-brainer for (at least) the biggest wireless providers to accomplish. After all, you can get a pizza delivered to your location with relative ease. Not so fast.
For various reasons, getting the Z-axis information (which refers to the vertical location of the device making the call) has proven to be a bigger challenge than anticipated. When the FCC prepared the original carrier-developed map for 911, it was based on two dimensions. If you remember high school math, those coordinates would be X and Y. Because Z coordinates are all about three dimensions, the challenge to comply by 2021 has simply not been achievable in the time frame demanded by the FCC’s original order.
Recognizing that they wouldn’t be ready in time—and under pressure from the FCC’s Enforcement Bureau to meet the deadline established years before—the three largest mobile carriers, AT&T, Verizon, and T-Mobile, approached the FCC seeking relief on meeting this deadline. The FCC backed down on enforcing the deadline but did so with some conditions. First, each of the three carriers had to agree to start providing whatever Z-coordinate information each had within seven days of the announcement. That means now. Secondly, each had to pay a penalty of $100,000.
The FCC extended the deadline to allow the big three to comply, but the decision has not been without political fallout. Specifically, Republican Commissioners Brendan Carr and Nathan Symington who were notified about the decision only once the press release was issued, cried foul, claiming that relaxing the deadlines could cost lives. This observation may be true, but in reading the tea leaves, I believe their disappointment stems from the fact that they were neither informed nor consulted prior to the release. In any case, information derived from currently available Z coordinate information is unreliable—where it exists at all.
According to Mark Fletcher, ENP, VP of Public Safety Solutions at 911inform, Emergency Call Center (ECC, formerly known as PSAP) call takers used a flat map where the X and Y coordinates correlated the calling party’s position, mapping it to a street address. As devices became more mobile and nomadic, and the bulk of 911 calls originated from cellular phones, altitude, as well as XY location, became increasingly critical to the emergency call taker.
The real problem with Z coordinate information is identifying and reporting useful information about the device location from which the call was made. How accurate is the information provided by the device, and what’s actually being measured?
For starters, there’s a significant difference between how elevation and altitude are both defined and measured. Is the height from the ground measured from the front of the building or the back? Are they the same? How does that measurement compare to the actual floors of a multi-story building? Most importantly, where is zero for purposes of measuring height (note how I cleverly avoided using the words “elevation” or “altitude”)? For a much more detailed description of this challenge and valuable insight, view Fletcher’s blog post.
Three other important considerations include: How to communicate altitude—particularly for buildings whose ground level is different from one side to another. Which side of the building will be used as the "baseline" for an accurate calculation? How will that number (whatever it is) relate to actual floors in the building?
Lastly, mobile devices can receive GPS signals emitted by satellites that can provide some sort of Z coordinate information. But it remains important to consider, Fletcher said that “radio waves can be affected by concrete and steel reflections, again causing artificial interference that may skew an altitude reading”—therefore leading to inaccuracy.
With X and Y coordinates, measurements are accurate. With Z, it’s still a very large gamble.

Join Martha Buyer during her Regulation, Bias & Ethics in AI: Impact on Your Enterprise session at Enterprise Connect this September. Register now using the promo code NJAL200 to save $200!

Why You Must Validate Compliance with the New E911 Laws

With Kari’s Law and RAY BAUM’S Act in force, it is critical that all organizations verify their compliance with these laws.

How to Get Acceptable Dispatchable Location Information for E911?

Top 10 Items To Include in Your NG911 Project Plan

While every enterprise has a unique set of requirements for emergency response services, there are some common steps to consider when creating a project plan.

5 Elements of Enterprise NG/E911: From Discovery to Day Two Support

Implementing an emergency response and safety platform can be a mammoth undertaking. Here’s a framework for how to do it.

With RAY BAUM’s Act now fully in effect, IT leaders should focus on ensuring compliance, and evolving their strategies to support mobility, remote work, and Next Generation 911