Move over CPaaS — there’s a new breed of cloud platform coming to collaboration. 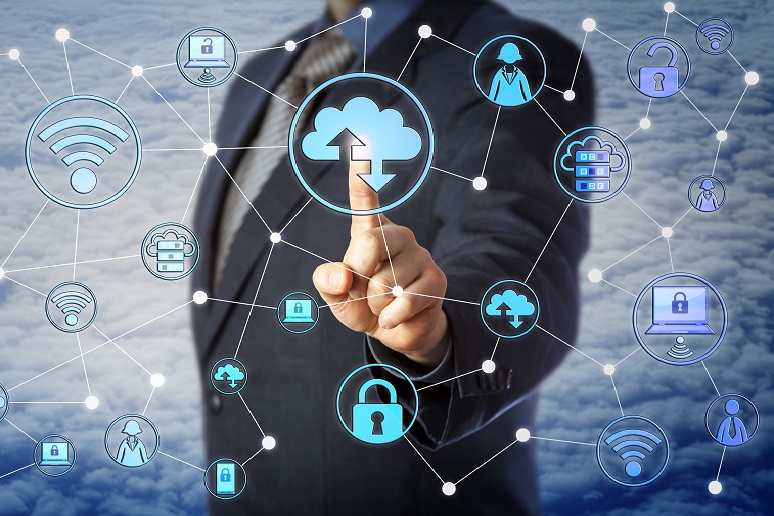 Image: leowolfert - stock.adobe.com
Today is a busy day for Five9; CEO Rowan Trollope rang the NASDAQ opening bell, is hosting a financial analyst meeting, and has announced the execution of a definitive agreement to acquire privately held Whendu, an integration platform-as-a-service (iPaaS) startup targeted at the contact center’s specific needs. Five9 didn’t release financial details, but said the transaction is expected to close this week.
If you’re a regular No Jitter reader, you may have been thrown by the term iPaaS — as was I. Over the years, you’ll have read lots of No Jitter stories referencing platform as a service (PaaS), particularly communications platform as a service, or CPaaS. And you’ll have seen news and insight around infrastructure as a service (IaaS). But while iPaaS solutions have been around for almost 10 years, I’ve only found one No Jitter post that ever referred to it… six years ago.
In simple terms, iPaaS is a platform for building and deploying integrations within the cloud and between the cloud and enterprise. With iPaaS, users can develop integration flows that connect and deploy cloud-resident or on-premises applications without installing or managing any hardware or middleware.
The key for Five9, and for No Jitter readers, is that Whendu is an iPaaS designed to address the requirements of the contact center — built by executives with solid contact center (and Five9) credentials. Ray Soto, CEO of Whendu, was the co-founding engineer of Five9, in 2001. Gus Laredo and James Southworth joined Soto at Five9 as founding salespeople. In 2014, the three founded Whendu.
Once the acquisition is complete, Soto will join Five9 as an engineering vice president, reporting to executive vice president of engineering, David Pickering. This signals to me that Five9 is putting resources in place to ensure that the list of 50+ application connectors Whendu provides (highlights below) will continue to grow. Separately, but relevant to this effort, yesterday Five9 announced it has more than doubled its partner community. 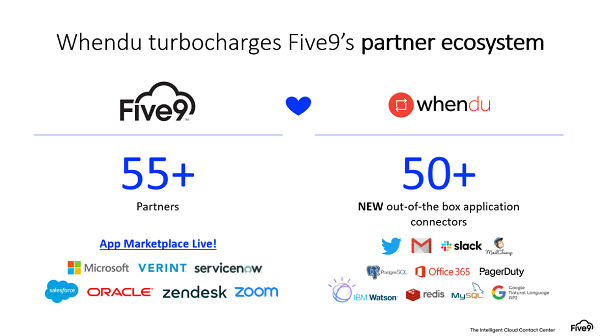 I had an opportunity to discuss the acquisition with Anand Chandrasekaran, Five9 executive vice president of product management. I asked him to contrast iPaaS and CPaaS for me. “What we are seeing is the emergence of what we call citizen developers,” Chandrasekaran responded. He defined a citizen developer as someone who has some technical background, understands the business environment really well, and is able to come up with a solution to a specific business problem.
But citizen developers aren’t full-fledged developers. They’re not hired into companies in that role, but rather hold positions such as business analyst. With Whendu, Five9 wants to empower the citizen developer to address the integration challenges in their operations, Chandrasekaran explained.
Whendu supports citizen developers with a no-code solution. Offering a design tool, like the one shown below, solves an important problem for the segment of the customer base that doesn’t have developers in their IT organizations to write code, Chandrasekaran said. The inference is that CPaaS solutions do require developers.
The graphic also explains how Whendu got its name. When a particular business condition exists, in this case service level dropping below 80%, du the specified actions — e.g., notify the support team over Slack, signal Five9 to add overflow agents, or so on. 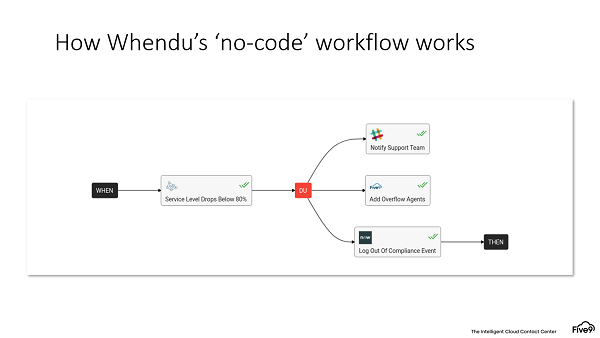 Whendu is Five9’s first acquisition in six years, having most recently — in October 2013 —acquired social media routing company SoCoCare. The Whendu and SoCoCare acquisitions seem similar in a number of ways — relatively small companies with highly-targeted contact center-specific technologies built by customer experience legends. What feels different to me is that SoCoCare helped Five9 bridge an omnichannel gap the company had in 2013. Whendu feels like a technology-leapfrog play. I look forward to seeing how Five9 capitalizes on the move.

For all things contact center, join us at Enterprise Connect 2020! Check out the Contact Center & Customer Experience track, and register today using the code NOJITTER to save $200 off the current rate!