In Case of Fire… a Story About Restoring Voice Services

How a school district in Paradise, Calif., survived one of the most devastating natural disasters in history. 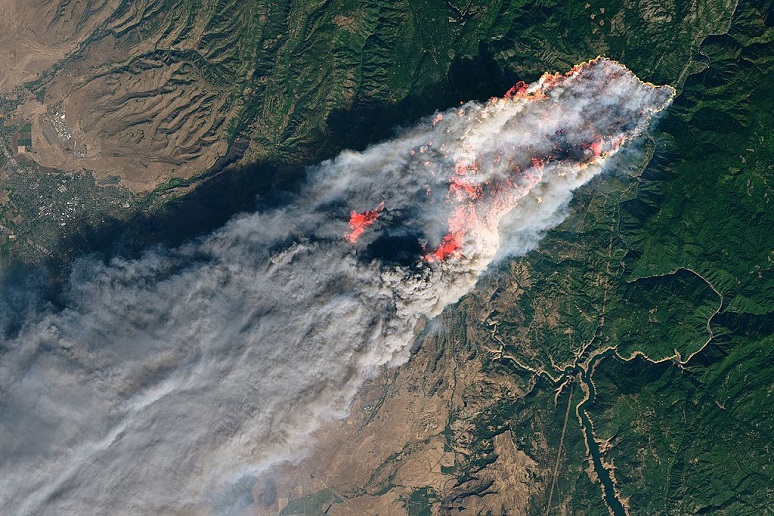 Aerial view of fire that destroyed Paradise, Calif., in November 2018

The Paradise, Calif., fire in fall 2018 wiped out an entire town in an instant.
Because Paradise is remotely located with limited physical infrastructure and access, the fire not only ate up every building in its path, but also took out telephone poles (yes, these still exist), local carrier access boxes, and even an AT&T central office. Cellular service, often sketchy before the fire, was suddenly overwhelmed with emergency personnel looking to implement disaster protocols and people trying to locate loved ones. All of this became infinitely more complex simply because limitations imposed by geography and terrain had dictated how infrastructure was laid out.
In the immediate aftermath, local government and school districts temporarily relocated to Chico, the nearest city with functioning infrastructure, to regroup. Once the temporary offices were up and running, the next question was determining which telecommunications services in Paradise were still functioning, and what should be done with them.
Paradise Union School District (PUSD) was quick to find space in Chico for district office employees. AT&T responded promptly, installing new lines at the temporary location in a matter of days. The Avaya IP phone system, found intact in the PUSD district office in Paradise, was transported by vehicle from Paradise to Chico and installed in the temporary location. Once the temporary lines were connected to the relocated phone system, school district employees were able to communicate with each other and the outside world.
Kudos to all involved for responding quickly and committing to success.
Because the fire also affected the AT&T central office, initial attempts to forward old numbers to new ones or implement redirect recordings on the old numbers were unsuccessful. With new phone numbers at the temporary district office and most Paradise residents without connectivity, the PUSD had no way to broadcast the new Chico phone numbers quickly to evacuated Paradise residents. AT&T was eventually able to forward the old main numbers to the new ones, and temporarily disconnect the other related numbers at the site to avoid charges for non-working numbers.
Once the district office was up and working, PUSD set up temporary school locations in Chico, ensuring students would be able to complete their education for the year. With temporary services up and running, long-term planning began in earnest. While it took several months to determine when services might be restored, and in what order, the bigger question became how many residents would return... and when.
After several months, some school buildings were cleared for occupancy and the district began planning for the return of staff, educators, and students. Occupying a school, however, required working telephone service at each building. Even with the central office up and running, physical connectivity between it and the schools hadn’t yet been restored... the telephone poles that had burned down still needed to be replaced.
Lack of physical connectivity, coupled with the voice connectivity requirement for occupancy, PUSD deployed a Verizon Mobile VoIP solution for use until AT&T could restore dial tone at each occupied building.
Once services were up and running, Paradise had a unique opportunity to rebuild infrastructure across the city.
Many residents have returned and, after recent rains, burn areas are showing new growth. Life has returned to Paradise.
Could the district have been differently prepared? Maybe, but all in all, dedicated response, quick thinking, and creative solutions by staff and service providers got Paradise back up and running quickly, ultimately leaving the district in a better position than before the fire.