Women in IT: Know No Boundaries

Want to be a CIO or hold another top technical role? Why not, say participants from the EC21 Women in Communications Roundtable. 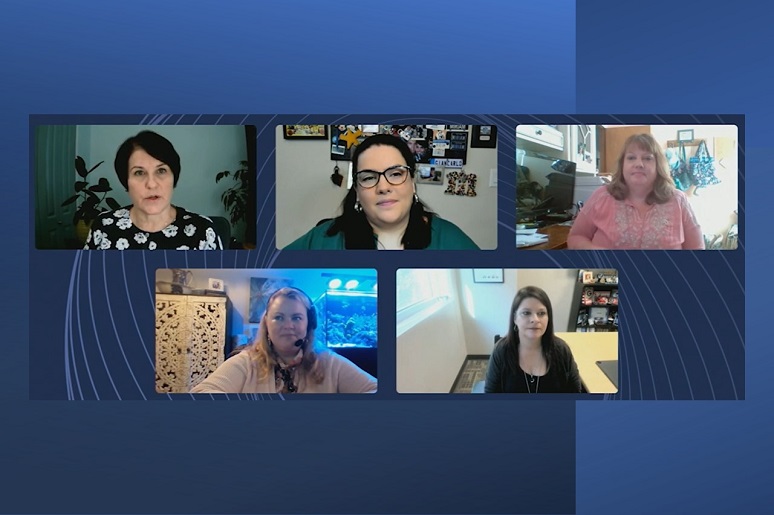 Women in IT, here’s a message to you from your peers who participated in the Enterprise Connect 2021 Women in Communications Roundtable: Set your sights for CIO, or chief architect, or whatever ultimate title you dream of, and go for it. No position is out of reach.
As one panelist put it: “My goal is to take over the CIO role. There’s no kidding there.”
Tina Potts, senior IT operations manager with Brooks Rehabilitation, a nonprofit that operates a sprawling physical rehab system in the Jacksonville, Fla., area, said she’s made this goal clear to her CIO. “I’ve always told him, ‘I will be CIO. If it’s not here, it will be somewhere,” she said.
“I want to lead an awesome IT team to do wonderful things and make big differences in this world, and I think all of us [in this roundtable] have that capability,” Potts said.
Jo Cooey, executive director of IT at Baldwin Risk Partners, an insurance distribution firm, said she feels being CIO is her destiny, too. Though she doesn’t have the title, Cooey related how her team has already nominated her as CIO of the Year in the Tampa Bay, Fla., area. “My team calls me ‘CI Jo,’ and they’re championing my rise,” she said.
“The CIO path is definitely the path for me. Being able to be that ultimate IT decision-maker in the organization is where I want to be,” Cooey said.
For Miriam Murad, unified communications solution architect at ExxonMobil, the Fortune 10 oil-and-gas behemoth, a title like CIO, or VP of IT, doesn’t hold appeal. But chief architect? That’s the title Murad said she’s looking to hold one day. Whoever holds that title is the right-hand of the top decision-maker… “the ultimate technical person responsible for 100,000-people company like ExxonMobil,” Murad explained. “So I want to be chief architect.”
As a girl born and raised — and hired — in Brazil who is now the lead UC architect at a global company, Murad said she hopes she’s already delivering a strong message to young women pursuing technical disciplines. “I’m trying to raise the flag that, yes, you can, no matter where you come from. … Sometimes you need to believe, and you make it happen.”
Rest assured, believing in yourself doesn’t mean you must aspire to a C-level or other top executive titles. As Christine Pilarczyk, who has worked in IT at Accenture for 26 years, quipped, “Accenture has more than 550,000 people, … and I don’t know that I’d really like to be CIO — that sounds like a lot.”
But continuing to level up in her responsibilities and leadership is a goal, said Pilarczyk, who already has two disparate teams reporting to her as lead not only for telephony architecture and strategy but also network services solutioning. “I’m quite content in what I do.”
But if you’re not happy in your role, don’t be afraid to speak out or let others bypass you, Potts noted.
While Potts has a voice at the table at Brooks Rehab, she hasn’t always had that in her career. At times having been the only woman in engineering and operations, Potts said she has absolutely faced challenges. Her advice: “You have to be a little stronger. You have to be a little more upfront. What do I want? You have to have those conversations” with leadership.
Those conversations might be tough, but they’re crucial, Potts added. “You’ve got to make sure people understand what your path and what your career goals are because if you don’t, you’re going to sit in that same chair, and you’re not going to make any movement.”

It's Time to Spotlight Women in Enterprise IT

The case for supporting more women in technology is strong, and so is Enterprise Connect's commitment in fostering the careers of women in enterprise communications and collaboration.

Words of Wisdom from 3 Women in Communications