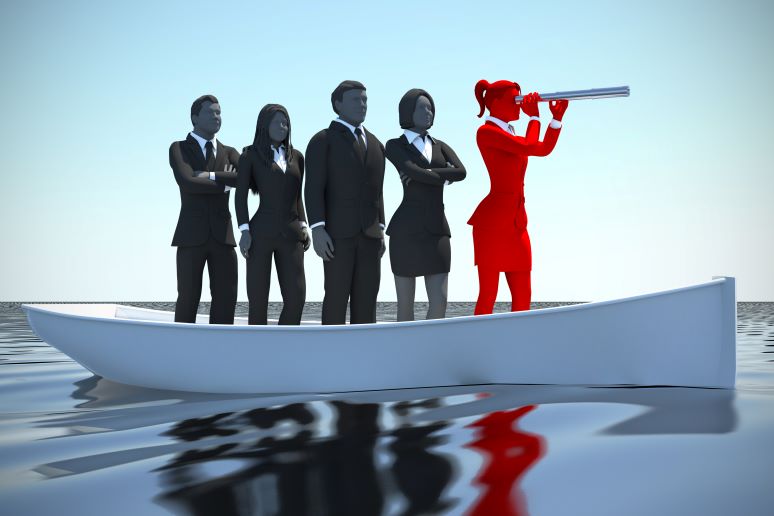 Image: emerge - stock.adobe.com
While writing this article, I happened to glance over to my email Inbox, and the phrase “make bold moves” caught my eye. The advice, from McKinsey & Company, regarded what companies need to do “to thrive in the next normal.” I had just heard the same words from one of the participants, Gauri Bhalerao, senior manager of collaboration, networking strategy, and engineering at Yum! Brands, during the Women in Communications roundtable discussion I moderated this morning at the Enterprise Connect Digital Conference & Expo.
“Be bold” is one of Blalerao’s guiding principles, as I had learned in earlier conversations with her, and during the roundtable, she shared an example of how that has become especially important since COVID-19. The pandemic and subsequent work-from-home decision hit at the tail end of Yum’s Microsoft Teams implementation, and Bhalerao and her team found themselves needing to ramp up training and adoption of the collaboration platform. Uncharacteristically, the company’s leadership team fully embraced the new technology without hesitation — not only using it but also promoting its use.
When the CEO needed a platform to do a global broadcast, Bhalerao said she had to make the bold — and risky — decision to do that via Teams. “At that time, we had tested Microsoft Teams live events just once or twice internally in IT, but we had not done a major event. In this case, with one day’s notice, we had to do a broadcast for our CEO and leadership teams,” she explained. To say she and her team were nervous hosting a meeting of such a broad scale for the CEO on a largely untested platform is an understatement, Bhalerao said. “It was such a huge undertaking,” she added.
Bhalerao was not alone among roundtable participants in sharing bold moves they’ve made throughout their careers and, most recently, during this time of crisis. For example: 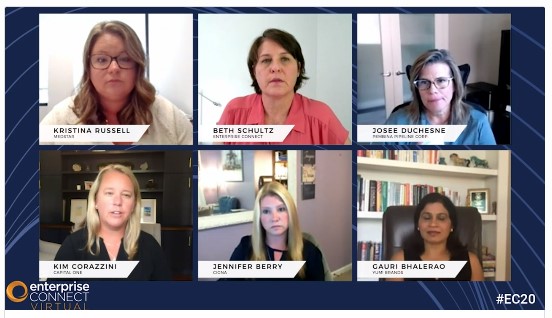 These women are on the technology frontlines at their companies, navigating through strategic decisions and challenges that arise with the additional onus of being women operating in the man’s world of IT. They exemplify the strength and leadership of women in technology, and for that, we recognized them as recipients of our first-annual Spotlight Award for Women in Communications. (A sixth Spotlight Award recipient, Melanie Parker, senior manager of telecommunications at Centene, was not able to join the roundtable.)
In a 45-minute roundtable, we could only scratch at the surface of what these women have accomplished during their careers and what they’ve learned over the years, but I’ll leave you here with each of their top tips for getting your voice heard.

If you didn’t have the chance to sit in on the roundtable, it’s now available on-demand for registered attendees of this week’s Enterprise Connect virtual event. If you haven’t registered, no problem. Simply do so here, and join us!