WhatsApp Coming to a Business Near You!

It's all about providing choice to consumers.

About three and a half years ago, Facebook dropped a cool $19 billion to buy the consumer messaging app WhatsApp. Since then the user base has more than doubled, from about 450 million to a shade over a billion. But to date Facebook has yet to make any money from its hefty investment.

In some ways, WhatsApp has actually hurt Facebook's revenue stream. Recall the company also has Facebook Messenger, which together with WhatsApp gives it two of the most widely used messaging apps. Which of the two users favor tends to depend on geography, as you can see on this map. For example, Messenger sees wide use in the U.S., Canada, and Australia, whereas WhatsApp is the most popular app in Russia, South America, most of Africa, and India, with more than 200 million active users there. A quick scan of Facebook's most recent quarterly numbers shows that Messenger-dominated countries generate about $20 per user, but the company only gets about $2.15 per user in Asia and India where WhatsApp rules. 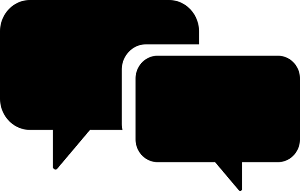 Certainly some of the difference can be chalked up to regional demographics, but Facebook has yet to generate any ad revenue from WhatsApp either. The company shows ads in its newsfeed, Instagram, and, of late, Messenger.

Now the company has turned its sights on WhatsApp for monetization -- although not through advertising revenue. Rather, as shared last week in a WhatsApp post, it plans on charging businesses to use WhatsApp for consumer interactions.

Small businesses can continue to use the free version of WhatsApp to answer questions from customers, send promotional information, or send status updates. For example, a local furniture store could use WhatsApp to inform a customer the driver is on the way and will be there in 15 minutes.

Larger companies can plug directly into the WhatsApp platform and integrate with other business systems. For example, KLM Royal Dutch Airlines announced earlier this week that it is the first airline to use WhatsApp in this way. Not coincidentally, I believe KLM was also the first to use Facebook Messenger. Watch this video to see how a customer can interact with a KLM agent through WhatsApp to do things like update contact info, get a boarding pass, and receive flight status information.

Also, WhatsApp has added a "verified accounts" program that uses a green checkmark to differentiate a company from an individual user. This assures customers they are indeed dealing with actual companies rather than fraudsters. Businesses are prevented from spamming customers, as users have to accept companies as contacts they wish to interact with and can block an account at any time.

While all of this functionality is free at the moment, Facebook has stated it will start charging businesses in the future -- for what exactly isn't clear. When Facebook acquired WhatsApp, it said it wouldn't put ads in the app as doing so would degrade the experience. Its current scheme may be an indirect way of doing so without going back on this promise. It could charge businesses to push their own ads out to customers. For example, KLM could push customers a message about a deal on airfare if booking a flight by a certain date.

Thinking more broadly, Facebook could monetize some sort of machine learning, search, bots, or e-commerce capabilities. Now that the WhatsApp user base is in place, Facebook could make money from it in innumerable ways. Timing is important, as Facebook looks to make up for a slowing in revenue growth from its newsfeed.

But, as I've learned in discussing the use of messaging as a customer service tool with industry people, the most common pushback from consumers has to do with company mobile apps. Those work just fine, they say, so why should they bother enabling WhatsApp or Facebook Messenger for customer service?

For example, a consumer could use the mobile app to perform all of the demonstrated functions in the KLM video. However, what KLM seems to get that many others don't is that the choice is up to customers. Companies that want to keep consumers happy need to find ways of letting them interact in whatever ways they want. In addition to Facebook Messenger and WhatsApp, for example, KLM supports the use of Twitter and WeChat.

The other important aspect is the ability to support an omnichannel experience, allowing a customer to start an interaction using WhatsApp and then switch to the mobile app or phone and pick up the conversation without skipping a beat. Nothing frustrates customers more than having to repeat information, and with more channels comes the risk of making them replicate the conversation over multiple mediums.

That Facebook is bringing business capabilities to WhatApp isn't unexpected -- and is even a little overdue. And WhatsApp certainly won't be the last social application targeted for B2C purposes. Businesses need to rethink their customer service strategies and ensure that whatever platform they have in place can treat the "next big thing" almost as a plug-in -- otherwise they may be left on the outside looking in.