Is the Video Boom Just Beginning?

Evidence suggests “yes” is the answer, and the implications for the enterprise will be considerable. 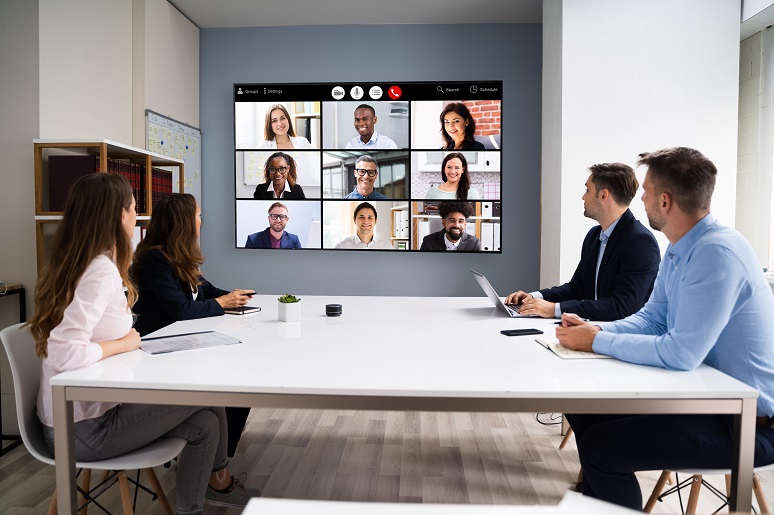 Source: Andrey Popov - stock.adobe.com
Video has conquered the desktop and the remote work experience, but as we contemplate returning to offices, the future of video in meeting rooms has been an open question. Conventional wisdom has held that end users will be doing more video when they’re in the office, whether from their workstation or from meeting rooms, since many of their colleagues will still be working remote.
But just how large will the shift to video in the office really be? According to data from Metrigy, we could see a pretty significant round of new deployment for meeting room video. In a session that he’ll deliver at Enterprise Connect’s "Communications & Collaboration: 2024" virtual event, Metrigy President and Principal Analyst Irwin Lazar reports that more than 57% of enterprises expect to increase their deployments of room videoconferencing, based on a survey of 476 different-sized businesses across a range of industries. More than 25% of respondents said they plan to install video in all conference rooms this year, and over 31% said they’re increasing their deployments, though not rolling out video to every conference room.
What’s more, among those respondents Metrigy placed in its success group — defined as “above average ROI or productivity gains for their collaboration investments”— 40% are putting videoconferencing in all their meeting rooms, and another 21% are increasing room deployments.
If these findings bear out over the coming year and the trend continues beyond next year, the implications for the enterprise will be considerable. For starters, there will be pressure to ensure constant utilization for these videoconferencing rooms, to justify the investment. That should drive innovation in interfaces and integrations for room reservation systems and office-utilization (i.e., hotdesking) software.
The bigger picture would be IT’s need to collaborate with leaders in HR and business units, to gain a better understanding of the enterprise’s vision for how these rooms — and the office generally — are going to be used in the post-pandemic world. If a hybrid model prevails, with employees doing solo work at home and coming into the office to collaborate, enterprises will have to be more intentional about how office resources — including conference rooms — are used.
On another, equally critical note, enterprises will also face a clear need to evaluate bandwidth deployment at each of their offices. If a site goes from having half its conference rooms video-enabled and in use half the time, to having twice as many rooms enabled, with all of them booked solid all day, that site will see a significant jump in bandwidth consumption.
One of the most exciting things about this moment in time — apart from just the basic prospect of getting out from under this pandemic — is the potential that many people see for creating better ways of working on the other side of COVID. I think this will be one of the underlying themes of our Communications & Collaboration: 2024 virtual event: how emerging technologies mesh, and clash, with emerging ways of working. I hope you’ll check out our program, and that you can join us March 9 – 10 for this exciting look into the future of IT, communications, and collaboration.