Avaya can talk the cloud talk now, but can they deliver on it successfully? 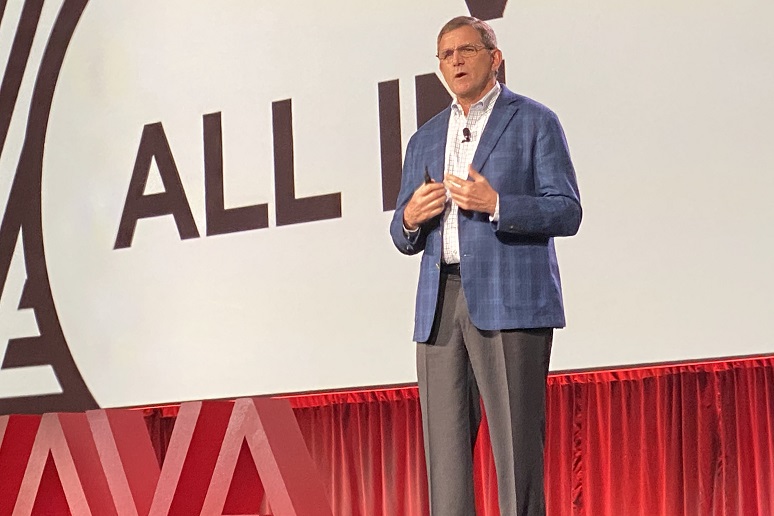 Avaya’s user event, Engage, kicked off this week in Phoenix, Ariz. Engage 2020 is unique in that it’s the company’s first as a company that’s all-in on cloud. The company has talked the cloud talk for years, but they didn’t have the complete portfolio. They had a solid private cloud story for years – perhaps the best in the industry – but it never had a true SaaS product. The “Powered By” program for IP Office, particularly the version that ran in Google, was “cloudish” but didn’t have the ease of deployment and agility that an actual multi-tenant offering does.
In 2019, Avaya closed that gap when it announced Avaya Cloud Office (ACO) via a deal with RingCentral and Avaya IX-CC cloud contact center, which is a modernized cloud platform running on Microsoft Azure. RingCentral is a best-in-class UCaaS solution and is ideally suited for the IP Office base. IX-CC is built from the ground up to be competitive with other CCaaS vendors at least for the foreseeable future.
In addition, the company announced a number of other products that complement its portfolio of private and public cloud UC and CC offerings. Here is a highlight of some of these products:

In actuality, these products were announced previously at Gitex 2019 in Dubai last year, where I was fortunate enough to see them. However, most of the Engage audience wasn’t at Gitex, so these products will be new to them, so the show provides a great platform to re-announce them.

The approach Avaya took to rounding out its cloud portfolio is a testament to CEO Jim Chirico’s leadership skills. The easy solution would have been to buy one of many struggling UCaaS vendors, but those companies are struggling for a reason. Many are built on old technology that won’t scale and would need a major investment to overhaul. RingCentral gives Avaya a market-leading solution, without having to invest the time and money to build one from scratch. With IX-CC, the company could have taken a similar route and tried to partner with someone like Five9 or TalkDesk, but the industry is much earlier in the contact center cycle. Building it made more sense. These were tough calls, but I believe the right ones for Avaya.
The product pieces are in place, and the entire leadership team has been turned over. Dave Michels did a nice job of summarizing the new executive team in this article. Also, it looks like Avaya is making some of its people a level or two down from the E-staff, such as Karen Hardy and Steve Forcum, more visible. This group has strong customer credibility and should be used for product-level discussions.
The title of Dave’s blog was “Rising from the Ashes,” but I’d debate the accuracy of that. At almost $3 billion in revenue, the company wasn’t dead. They needed to transition into the new world of cloud, and they've done that. The new leadership team, combined with new products, means it’s time to execute on the plan.
Now that the product strategy is in place, it’s time to look ahead. Last week, Chirico posted this thought leadership blog highlighting that Avaya is now “all in” on transforming customer and employee experience. At Engage, the company is introducing the term “multiexperience economy,” which highlights the importance of blending UC with CC. Avaya defines the key attributes of multiexperience as:
Much of the success in the execution phase will fall on the shoulders of newly appointed CMO, Simon Harrison. I’ve said for some time that Avaya has the coolest and best technology that flies under the radar. The CU 360, OneSpace, Vantage phones, and IoT integrations are just a few products that need more airtime. This doesn’t mean more technical mumbo jumbo, but in stories that show the transformative nature of Avaya’s technology. This will make the job of Avaya’s SVP of U.S. sales, Frank Ciccone, much easier. Ciccone can be a rock star, but he needs Harrison’s help in putting the narratives together that will get Avaya more swings at the bat.
Chirico’s job now is to communicate to Wall Street the journey Avaya is going through and not to focus solely on revenues. Transitioning to the cloud and a subscription revenue model requires more than flipping a switch. It can be highly disruptive to the business as the flow of revenue changes. For the next year or so, a successful quarter should not be measured on revenue, but on the activities and assurance that they are doing the right thing. Investors should want an increase in subscription revenue, even if that means overall revenue takes a hit, as it sets Avaya up for a better future.

Looking to learn more about Avaya and their technology? Then, make sure to catch Avaya in the Exhibit Hall, booth 1418, and various sessions at Enterprise Connect 2020! Registration is now open, and use code NOJITTER to save $200 off the current rate!