If you're looking to save gobs of money on your UC deployment, you can't necessarily rely on headsets as an IP phone alternative.

Headsets are playing an increasingly important role in the UC market. Once a desk phone-attached peripheral whose main job was to prevent cramped necks, headsets are no longer just a convenience for office workers. Rather, they've become a necessity in UC solutions that can deliver high-quality voice across congested networks but not across the typically inadequate speakers and microphones built into desktops, laptops, and mobiles. 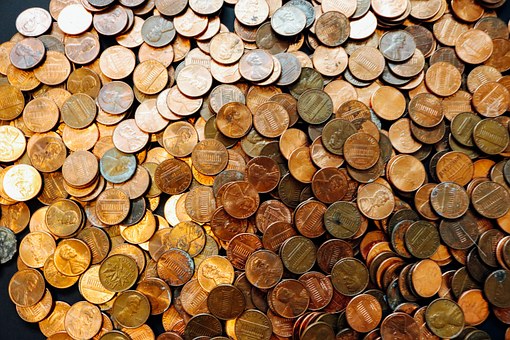 If you're looking to save gobs of money on your UC deployment, you can't necessarily rely on headsets as an alternative to IP phones. Sure, you could install UC clients on all desktops, laptops, and mobile devices and tell everyone to buy a $20 headset from Staples. But make sure you have plenty of helpdesk staffers around, because they're going to be busy. Sound quality will be spotty, lifespan will be short, vendor support will be limited to non-existent, and seamless connectivity to the UC software may be haphazard. (I have a regular call with someone experiencing the lattermost problem. The call sounds great for the first five or 10 minutes... then something random happens with his cheap off-the-shelf headset, usually involving him not able to hear me though I can hear him fine, or vice versa.)

A better decision is to go with a headset optimized for UC. But those little beauties are gonna cost you. Sometimes that cost will be obvious, as it was for Tire Centers, a Michelin subsidiary that last year adopted Skype for Business Online Phone System for its few thousand employees. The company doles out headsets to end users who request them. But as IT director Brad Blackwell said last fall at Microsoft Ignite it's issuing IP phones to most employees because they're less expensive.

He didn't go into more detail than this, in terms of what headsets Tire Centers considers, what desk phones it's deploying, and how much money the company is saving. But comparing street prices, you can easily see what he means:

* Street price for Polycom units generated after adding to cart.

Admittedly, I've been selective in the list above. It's easy enough to find crazy expensive IP phones, just as it's easy to find crazy cheap headsets. But I think the point remains valid. Choosing not to deploy desk phones won't necessarily lower total cost of ownership of your UC deployment if you're just going to issue midrange or high-end headsets to most users instead. And for the price of a UC-optimized headset with all the Bluetooth bells and noise cancellation whistles you can buy a pretty pimped out midrange IP phone.

Other times, costs associated with deploying UC-compatible headsets are more subtle. This was the case for Atkins, a U.K.-based consultancy that also started migrating to Skype for Business Online Phone System last year. The company eliminated desk phones entirely, opting instead for Sennheiser headsets. But at Ignite, Paul Jolley, ICT delivery manager, described how employees in noisy environments can miss calls because desk phones aren't ringing. So IT set up a light that sits on the employee's desk and flashes whenever someone is trying to call him or her.

A number of headset models have incoming call lights as an integrated feature, so you'd think a separate light, such as Kuando Busylight UC Alpha, wouldn't be needed. But it's not always as simple as that. My personal experience has been that incoming call alerts can be overly subtle or not work properly, resulting in no end of missed calls. The UC client running on my laptop, for example, gives a visual alert for incoming calls, both on my monitor and headset. But if I'm not looking directly at the desktop icon or the headset at the moment the call comes in, I won't notice it. And despite endless tinkering with my sound settings, IT and I are both stumped as to why incoming calls never trigger an audio alert.

I didn't ask exactly how Atkins solved this problem. Sennheiser doesn't have its own busy lights, so the company probably went with a vendor recommendation. Regardless, buying busy lights -- as well as the various charging cases, handset lifters, hook switches, charging stations of varying degrees of functionality, and other optional accessories that can improve the communications experience of headset users -- can add up.

Moral of the story: It's not a given that cutting desk phones out of the UC equation will save you money. It certainly can, but it takes planning. Because desk phone prices are dropping and headsets -- at least those that seamlessly integrate with your UC platform -- aren't necessarily cheap.