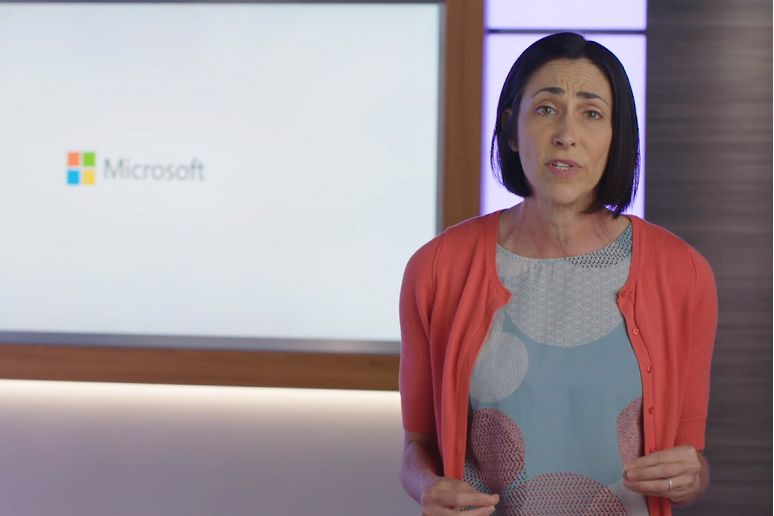 In a testament to the agility of the cloud model, Nicole Herskowitz, Microsoft’s GM of Microsoft Teams, earlier this week mentioned during a presentation at Enterprise Connect Digital Conference & Expo that the company had added more than 100 capabilities to the platform in the past six months, many of which we have covered here at No Jitter. For good measure, she took the opportunity to talk about a few recent announcements, largely around a new large-sized meeting experience and Teams phones.
The latest set of Teams capabilities, called Advanced Communications, is designed to enable meetings and events at scale — with up to 20,000 active attendees, Herskowitz said. In addition, Advanced Communications gives admins greater control over the meeting experience by allowing them to create customized, branded meeting lobbies and to address compliance recording and workflow automation needs by working with Teams-certified partners, she added. The customizable meeting lobbies will be coming later this month, while the other capabilities launched this week. Advanced Communications will also be available as a Microsoft Teams add-on for $12 per user/month and comes with a 60-day trial, according to Microsoft.
On the hardware side, Herskowitz announced that Skype for Business IP phones will continue to receive support beyond 2023, and that Teams will support SIP phones from Cisco, Yealink, and Poly. While details were sparse during the presentation, Microsoft also will be releasing USB phones for use with Teams later in the year. The first of these phones will be coming from Yealink, she said.
Besides introducing these new capabilities and phones, Herskowitz, along with some colleagues, highlighted the new Teams shared virtual meeting space, Together Mode, and gallery mode, a capability that allows up to 49 people to be on the screen at one time. In addition, the EC presentation featured a demonstration of recently added Teams meeting features, including emojis, live reactions, and enhanced transcription capabilities. Additionally, the recently announced
Microsoft Teams display line, a series of all-in-one Teams devices powered by Cortana, were showcased in a video.
All these enhancements, and more that are surely on the way, are how Microsoft is helping address the needs of a remote workforce today, Herskowitz said. Sharing insight from internal Microsoft research, Herskowitz stated that "82% of managers said they expect to have more fluid work from home policies post-pandemic." Additionally, "60% of people surveyed say they feel less connected ... since moving to remote work,” she added. In concluding, Herskowitz stressed that the last few months have given enterprises the chance to reimagine what work looks like, and with new applications to optimize workflows, employees can continue to work safely — and productively.