TADHack-mini Orlando 2017: The Hacks Are In

Following a rigorous weekend of hacking and coding, winners have been named and they're ready to present their applications at Enterprise Connect.

The TADHack-mini Orlando has wrapped up, and winners have been named, but the Enterprise Connect fun is yet to begin. Today the winners will present their communications-enabled applications in the 3:15 p.m. session, "Hackathon After-Action Report: Meet the Hackers, See the Hacks." And take it from someone who was there to see first-hand all the presentations and cool ideas turned into reality -- you'll definitely want to put this session on your agenda and see the hacks yourself.

On Saturday, 22 developers gathered at a co-working facility, Catalyst Spaces, in Orlando, Fla., along with 15 remote participants from around the globe, to form teams and kick off a weekend of coding what could be the next great communications-enabled app. In total, 13 hacks were presented for judging on Sunday afternoon, with each developer or team demoing the creations in hopes of getting a piece of the $8,000 prize pot. Following the presentations, sponsoring companies gathered in a private room to evaluate the hacks and pick their winners. That judging panel comprised Cisco Spark/Tropo, DataArt, Dialogic, Flowroute, Matrix, RingCentral, Telestax, Temasys, and Vidyo.io.

So what hacks won? Here's the rundown:

Elder Connected Care -- An app for organizing family and friends who are helping care for elder health needs, all in a shared space, with an "Uber-like" feature enabling family members to add in nurses for ad-hoc consultations to explain complex medical documents or verify medication changes, for example. 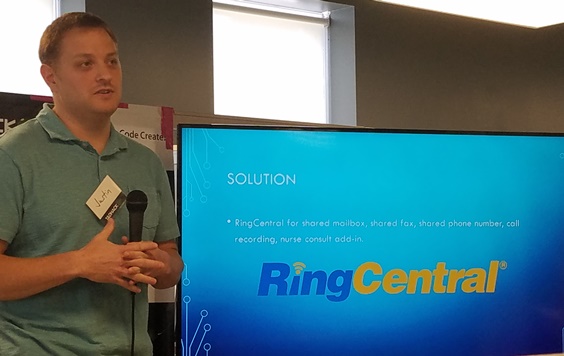 Convergence -- A service that allows people to avoid having to provide customer service agents with personal information (like Social Security numbers, for example) over the phone by using secondary communications to collect information and verify people; through the use of a RingCentral Glip bot, it also provides agents with talking points and customer profiles.

Telemergency Line -- A service that provides virtual assistance for emergency situations using video chat and phone calls, with a "panic button" triggering the flow of emergency communications and support.

Created by a team from Valencia College -- Bruno Alves, Shibli, and Jerry Reed -- using the Vidyo.io streaming video API and Cisco Spark rooms, Whos_Up won a $300 prize from Cisco Spark/Tropo and a $1,000 prize from Vidyo. 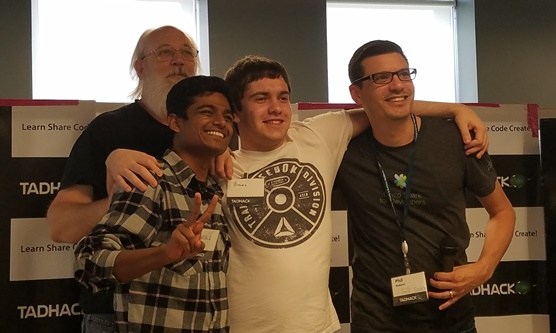 Remote Help -- An app for escalating a contact center interaction from messaging and voice into screen-sharing and two-way video. 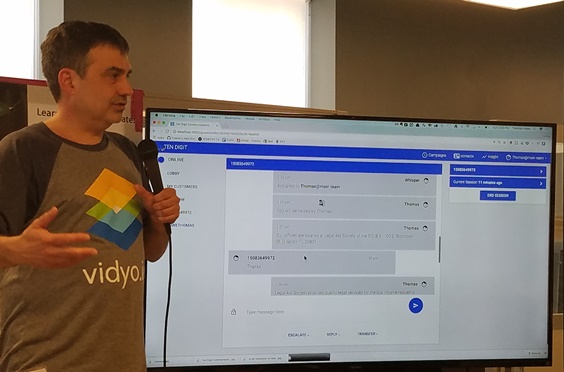 Translator Bot -- A translator bot that lets each member of a Cisco Spark room to set his or her language choice and translates all chat messages to the selected language for each person. 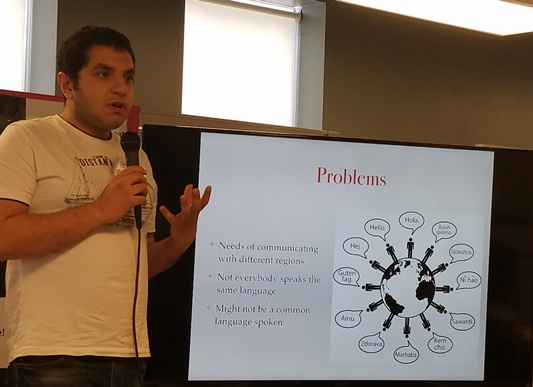 PhoneWall -- An app that provides phone numbers on demand and then routes calls and texts to an individual's phone, aimed at eliminating the need for people to give out their phone numbers.

This, too, is a second hack, created by Howe (Remote Help, above) using Flowroute messaging APIs, Legal Aid grabbed the $1,000 prize from sponsor company Flowroute.

Burbudy -- A hack that enhances video surveillance systems to enable homeowners to video chat with someone who is burgling his or her home, warning the burglar to get out now! (see the video demo embedded below)

Created by first-time hackathon participant Genesis Barrios using Temasys APIs, after being abandoned by her teammate, Genesis persevered to bring home the $300 Temasys prize and an extra $100 for being a good sport from the Telestax/Dialogic/DataArt group of sponsors. 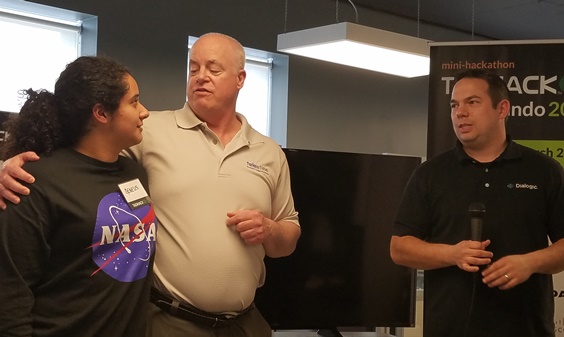 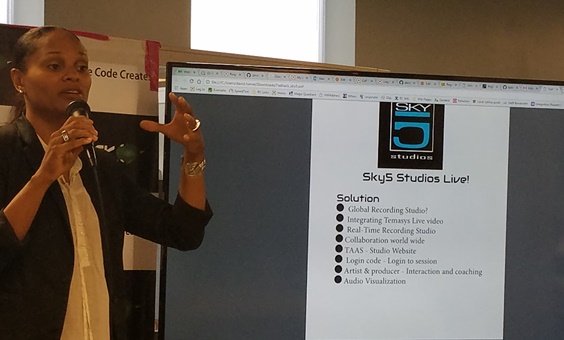