Text Message as Information Service: What It Means

Martha Buyer
Every issue always comes down to a balancing of interests. What seems black and white rarely is. Such is the case of the FCC’s recent decision -- a three-to-one vote along party lines -- to classify the previously unclassified text messages as information services. The FCC did so under the guise of limiting unsolicited robotexts.
Consumer, rural, and public interest/First Amendment advocates have responded passionately. They believe -- not without justification -- that the FCC’s steps effectively will allow mobile providers to limit (read: censor) text messages, thus creating an opportunity for mobile providers to generate revenue in the form of paid prioritization of texts. But the bigger question is who has the right, authority, and legal power to determine which text messages are acceptable and which are not? Isn’t this one of the issues that the Telecommunications Consumer Protection Act (TCPA) has been refined to address? The answer is, “Yes.”
Prior to the vote, a group of 10 Democratic senators sent a letter to the FCC requesting its consideration of the long-term implications of designating text messages as information services. In addition, 16 organizations, led by free speech advocate Public Knowledge and including representatives from consumer, First Amendment, and rural advocates, had submitted their own passionate plea for the FCC’s careful review and consideration. Nonetheless, the FCC voted in favor of the classification.
Opponents feel the issue is far from over. Last Monday, Jan. 28, Public Knowledge petitioned the FCC to revisit its decision, which the groups believe resulted from faulty logic combined with a lack of a comment period on the proposed rulemaking. Opponents to the FCC’s action claim that the end-user consumer should have the right to block offending texts -- not the mobile operators, as they’re able to do with the classification of text messages as information services. Opponents also point to the TCPA, saying it makes the FCC’s action not only unnecessary, but a bit of a power grab by the mobile providers. 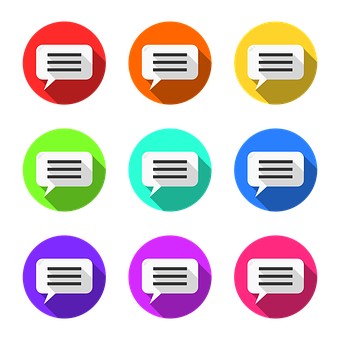 The first question is, who should have the authority and power to decide which text messages are delivered and which are not. In September 2018, Verizon Wireless blocked a request from Naral Pro-Choice America to make its network capable of supporting a text messaging campaign utilizing five digits, or short codes, to communicate with individuals who have previously agreed to receive such messages.
Given that the text messages, under the TCPA, have been defined from a legal perspective as “calls,” and thus subject to regulation as telecommunications services, the FCC’s recent action takes a step back. It, in fact, allows mobile providers, not device owners, to make decisions about what topics can and can’t be communicated. Further, by classifying text messages as information services, the FCC has given providers the opportunity to escape from the obligation of “just and reasonable rates” imposed on telecommunications services.
In making its determinations, the FCC relied on what many believe to be legal hairsplitting combined with misleading technological descriptions of what physically happens to a text message that enables it to qualify as a true information service. Well-crafted arguments about these facts can be made either way, but in making its decision the FCC did rely on what has proven to be a Republican mantra of hands-off regulation. This, of course, often hurts the most vulnerable consumers most acutely.
As if to prove this point, Verizon Wireless recently announced that it would begin charging Remind, a company that offers both free and paid services to school districts, teachers, students, parents, and others, a fee of $0.0025/message to its mobile subscribers. In doing so, it is essentially raising the cost of the service for the seven million Verizon Wireless customers using it by a factor of 11.
Verizon Wireless claimed that it needed to raise its rates for these services to support its new enhanced text messaging platform, designed to minimize spam delivered to its customers, as reported in a Jan. 22 S&P Global Market Intelligence article. On Jan. 25, according to an Ars Technica report, Verizon backed down, thus enabling the free texting service from Remind to remain in place. Initially, in response to consumer and Remind customer outcry, Verizon agreed to waive the fees to be assessed for K-12 users. But ultimately, it extended its fee avoidance “to preschools, day care centers, youth sports coaches and other non-K-12 users,” as Ars Technica reported.
Legally, based on the FCC’s determination about text messages, Verizon Wireless in this context did nothing untoward. Practically, it created a marketing and public perception nightmare. And as such, it backed down.
But the larger issues remain. Who makes the call about which text messages are valid and which are spam? The ultimate consumer, who relies on TCPA to prevent -- or minimize -- receipt of unsolicited and unwarranted text messages, or the mobile provider that has a vested interest in allowing the delivery of information in the form of short- or long-code messages that are to its liking? Without regulatory safeguards in place, that job will fall to the mobile provider whose obligations are to its shareholders first and foremost and its customers, and consumers in general, after that.