988: Providing a Lifeline to Those in Need

While an entity's responsibility to support access to 988 doesn’t have the same legal obligations as 911, it’s a step in the right direction to providing those in mental distress with help and resources. 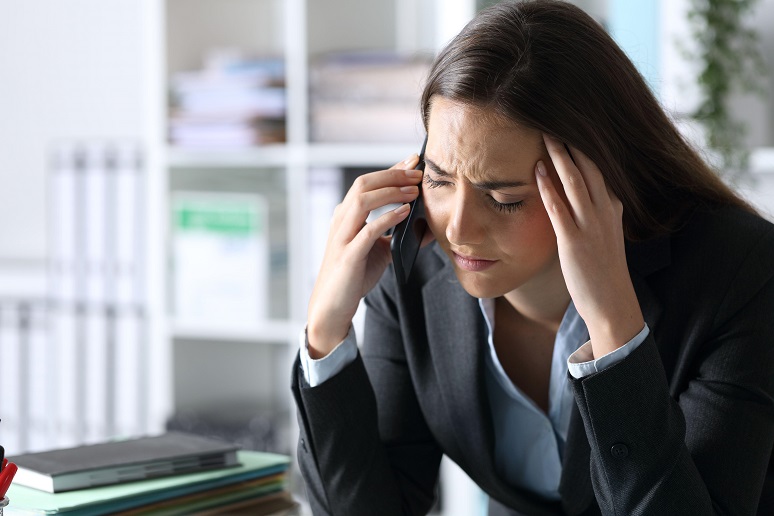 Image: Antonio Guillem Fernández - Alamy Stock Photo
For those in the middle of a mental health crisis, finding the right support and resources quickly can not only help address the underlying cause of the distress, but it can quite literally be lifesaving. And with the three-digit (988) Suicide and Crisis Lifeline, which launched nationwide this July, it is expected that people in need of assistance will have simpler access to a trained mental health professional who can help during challenging circumstances.
By dialing 988, the caller will be connected to a trained mental health professional with access to mental health resources. But it’s critical that everyone — particularly, enterprises from which such calls may originate — know that the short code of 988 does not carry the same technical and/or legal obligations (or heft) as does 911.
How 911 and 988 Differ
The original initiative to set aside three-digit codes for special uses encouraged all American carriers and service providers to implement nationwide acceptance and acknowledgment of this code into the North American Numbering Plan. This means that a call to 988 originating from a device in Montana is directed in the same way as a call to 988 made from Miami. But while 988 offers access to a critical service, it is not a recognized emergency and is not given the same legal weight — or any at all, for that matter — that 911 has. In fact, 988, despite its critical and laudable intent and real-time applications, does not enjoy any special privileges afforded to calls made to 911, including the use of the underlying technologies that support these services when they are needed most (click here for more information on these 911 regulations).
Among other things, when someone makes a 988 call, the caller's location information isn't provided. Unlike federal rules directly addressing calls made to 911 in terms of practice and technology, a multi-line telephone systems (MLTS) or other provider has no legal obligation to offer direct access to 988. While suicide prevention does not always require a physical intervention, caller location can be timely, essential, and ultimately, lifesaving.
It’s important to recognize that 988 serves a different purpose than 911. While not required by any federal law, some enterprises may wish to implement 988 within the dial plans of their existing phone system. “This is often a relatively simple task, especially with recent requirements for 911 calling required by Kari's Law. In fact, with the dial plan being cleared for direct access to 911, direct access to 988 becomes even simpler to implement. Since each phone system is different, the request should be directed to the PBX or PBX-equivalent service provider,” Mark Fletcher, VP of public safety systems for 911inform, said.
From the perspective of the person receiving the call, they likely don't have location information available in case the call escalates to an exigent circumstance and warrants transfer to 911. Since the original call does not carry information regarding the physical locality of the device from which it has been made, the person receiving the call has no way of figuring out the location. Further, those who receive the initial calls have no greater ability to transfer a call to the appropriate 911 center than any of us do from traditional landlines. Additionally, the call recipient may have no idea who is calling, the originating phone number, the location of that number, or knowledge of whether or not any of the information received is accurate or real.
Most importantly, whatever information has been received, chances are that even if the call has been transferred successfully, it’s likely not to reach the appropriate and proximate 911 center. Currently, any routing logic that exists in the network is set up by area code in the local exchange of the calling device. That does no good getting someone to a local center with number mobility and portability. “The bottom line is if the caller doesn’t provide [their] location, [they are] pretty much unable to get any kind of in-person response, other than that of a counselor by phone,” said Fletcher.
In fact, the National Suicide Prevention Lifeline, established as the nation's confidential, 24/7 mental health crisis hotline, is funded by the Substance Abuse and Mental Health Services Administration (SAMHSA), a branch of the U.S. Department of Health and Human Services. It is administered by the non-profit Vibrant Emotional Health under a federal contract. Calls to the lifeline are answered by trained counselors at over 170 locally funded and operated crisis centers that comprise the lifeline network. In 2018, the Lifeline answered over 2.2 million calls from people in suicidal crisis or emotional distress across the United States.
From Outages to Privacy: 988 Issues to Consider
One of the other issues concerning 988 when exigent circumstances arise involves the privacy rights of the caller. If that person calling 988 wants/needs help, it seems logical that the first question asked would be, “what is your name?” If the caller doesn’t want to share that information, regardless of how dire the circumstances are, then there’s not much anyone can do, even if the threat of danger is imminent. Not only does the hotline not have the caller’s name, but it also doesn’t have the number of the device being used. This means that the call can’t be transferred with any useful information to a 911 center about the location of the caller, which can be an issue when time is of the essence.
During the last week of November 2022, a multi-hour failure hit the 988 system. While the situation was resolved within a few hours, and other emergency mental health counseling channels were available, the fact remains that 988 remains vulnerable to system failures in ways that 911 is not. It’s an important resource for sure and should be too important to fail — ever. It’s just not there yet.
The nationwide implementation of 988 this July represents a significant upgrade in services offered to those who need emergency crisis counseling and support. However, you consider it, 988 is still the absolute definition of a lifeline.