An Office Is a Terrible Place to Work

Teleworking was a very popular standalone topic some 15 years ago, but now largely persists as a component of collaboration and future of work. The practice is popular, but not nearly as mainstream as I expected it would be by now. There's still tremendous confusion and resistance to teleworking.

Even more surprising is the high-profile cases against teleworking. In 2013, Yahoo ended telework for its employees--one of several questionable actions taken by the company's then-new CEO Marissa Mayer. IBM, a one-time giant and pioneer in telework, also clamped down on the practice in 2016. There's been several other back-to-the-office initiatives from companies such as Reddit and Bank of America. But teleworking, or work-from-home (WFH), makes sense more times than not, and most of the barriers that prevent it are now obsolete.

Obviously, there's no universal rule regarding what's best. Each company has its own personality and culture. In addition to being popular among general knowledge workers, telework has made significant inroads in healthcare, education, and customer service. Plus, there's still a lot of industries where teleworking isn't practical. Manufacturing, for example, still requires workers on assembly lines.

I believe the office is doomed, and few people will miss it once it's gone. The only reason offices still exist is because change is hard and takes time. Regardless of actual policies, those of us working today are among the first generations where the physical office is optional. It wasn't optional for my parents (they had to go to work), and it won't be optional for our kids (they won't have offices to go to). 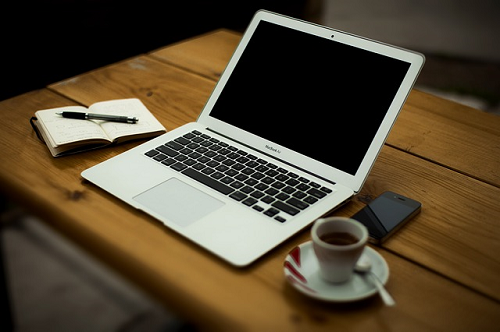 The office is a terrible place to work. It's noisy, full of germs and sick people, uncomfortable, unsafe, and inconvenient. The word "office" is sometimes synonymous with the word "work," because at one time, that's where we worked. Even the most diehard work-at-the-office fans admit they work at home, too. Most admit they can be more productive when away from the office setting.

It's really hard to get work done at the office because they are full of distractions, gossip, and politics. For those who have a hard-walled office the easy answer is to simply close the door and keep it closed all day, but that's largely considered socially unacceptable. If you are at the office, people expect you to engage with the distractions of the office. Instead of limiting noise, it's now an option to implement noise-generation systems that mask other noise.

But with so much noise and distractions, why go at all? The proverbial inbox is now an app, as are the tools to get the work done. Whatever you are working on is most likely on a screen, not a physical table. If the goal is teamwork or interaction with colleagues, that too is done better over collaborative and social tools. The meeting dynamics have already been favoring remote participants for some time. Soon enough, everyone will be remote.

The future for the office is not bright. Businesses are pretty good at cutting unnecessary expenses, and that office space represents a long term, optional, and inflexible expense. In addition to the actual lease or real-estate costs, offices also require furniture, cleaning, heating and cooling, maintenance, and a surprising amount of remodeling.

These office costs are not just to the employer, either. Employees bear the costs of commuting (expense, time, and safety), at-work wardrobes, and various solutions for lunch. There's also additional costs or stress associated with managing an unattended residence (kids, pets, packages, grounds, etc.).

The death of the office is inevitable, yet many misinterpret the signs. There are many attempts to make offices ore vital with new distractions. Suddenly, offices are being equipped with ping pong tables, beer taps, and baristas. Microsoft even built treehouses at its Redmond campus. Food, too, is appearing everywhere. One has a better chance of finding a doughnut, Kind bar, or cookie before finding a pencil in today's workplaces.

If the obsolete argument isn't sufficient, let's review some of the material benefits of WFH:

The virtual workplace is a complex topic, and I don't mean to suggest otherwise. I am suggesting the inevitability of telework, and questioning the long-term practicality of most office spaces. When I see '80s movies with offices that have once-familiar desktop CRT displays or even pagers, they feel like artifacts to me. And soon, the entire office will fall into that category.

There are, however, a number of cultural and procedural issues that organizations need to address when adopting a remote work environment. The good news is the concept is mature enough that we know it works, and there's plenty of lessons learned from successful and failed implementations. Also, see the book Remote by Jason Fried, founder and CEO of Basecamp; or Virtual Culture by Bryan Miles, co-founder and CEO of Belay.