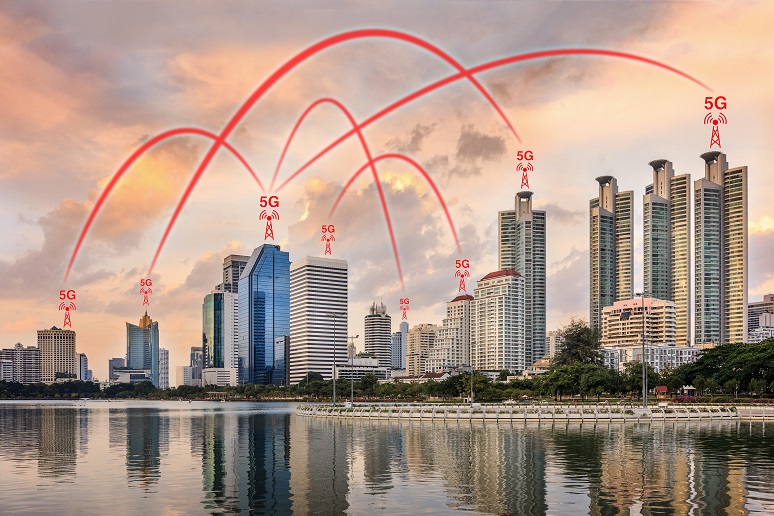 Image: Supparsorn Wantarnagon - Alamy Stock Photo
When I wrote my January piece recommending Private 5G “Catch a Ride on Wi-Fi”, I didn’t guess both Cisco and HPE would take me up on it so fast!
With both Mobile World Congress (MWC) and our own Enterprise Connect conferences running within the next month, conference excitement is once again an element in our business. On the enterprise wireless front, no story has drawn more attention than the idea of enterprises building their own private cellular 5G networks.
A couple of weeks back, I wrote about Cisco’s quiet entry into the private 5G market and even made my prediction about who Cisco’s stealth radio access network (RAN) partner might be (Celona Networks); Cisco is saving further details for MWC later this month.
Now HPE has announced it too is getting into the private 5G space. Like Cisco, HPE has been a supplier to mobile operators, though not on the RAN side. The company does offer HPE 5G Core Stack, “an open, cloud-native, container-based 5G core network solution”, which will be part of the private 5G offering. Unlike Cisco, HPE did announce its initial, pre-integrated RAN partner, Airspan Networks, and they claim other unnamed RAN options as well.
I haven’t had much opportunity to work with Airspan, as their product line is focused primarily on mobile operators. I first encountered them in the mid-2000s when they were one of the pioneers in the fledgling WiMAX market I was tracking - before that market tanked. I ran into them again a few years back when they were the supplier for Sprint’s Magic Box device for improving indoor cellular coverage.
Airspan booked $173 million in revenue in 2020 as a provider of RAN hardware and software to wireless operators (e.g. T-Mobile, Softbank, and Rakuten), fixed wireless access (through its Mimosa acquisition), and -- you guessed it -- private networks. The company has been listed on the NYSE (Symbol:MIMO) since August of last year when it entered a business combination with a special purpose access corporation (SPAC) called New Beginnings Acquisition Corp.
If my guess is right and Cisco is partnering with or acquiring Celona Networks for their private 5G offering, I think that between the HP-Airspan team-up and Cisco’s prospective Celona relationship, Cisco got the better pick. What I liked most about Celona from day one was their credentials in enterprise wireless. Ironically, most of those Celona folks seem to have gotten their enterprise experience at Aruba Networks, now the core of HPE’s WLAN business.
For its part, Airspan seems to be more centered on selling into the carrier space, which could be a problem in finding common ground with enterprise prospects. One of the big hopes for reducing the cost of private 5G is to integrate that capability with the existing WLAN infrastructure (i.e., WLAN controller) for administration, network management, policy control, troubleshooting and other functions. Both Cisco and HPE will face the decision of how deeply they integrate private 5G into their existing Wi-Fi infrastructure products, but what Wi-Fi has in the way of management capabilities, private 5G desperately needs. Given its carrier orientation, this looks like a much bigger reach for HPE and Airspan.
The partnership will give Airspan access to the HPE channel partners, but there it will face the same challenge as Cisco, selling the channel. These channel partners are Wi-Fi specialists. They will have to be brought up to the same level of confidence with cellular technology that they have with Wi-Fi, or they will just keep selling what they know-- and they know they can do the job with Wi-Fi.
How Is The Private 5G Market Shaping Up?
HPE’s entry means we will now have at least two qualified enterprise suppliers with experience in Wi-Fi based private networks that enterprises can consider. This also means that as enterprises begin considering this new option, they will pretty much have a predetermined direction: Cisco customers will likely stick with Cisco, HPE customers with HPE.
IDC’s most recent market research report on the worldwide enterprise WLAN market, put Cisco’s market share at 41.5% and HPE’s at 11.8% so together they control over 50% of the enterprise WLAN market.
Between the Cisco and HPE customer bases, you have the bulk of the large enterprise customers who might be shopping for private 5G. The question then becomes, who else might be buying this? I can think of three.
The question is will enterprise suppliers like Cisco and HPE expand to address those opportunities or will other suppliers with different expertise swoop in and capture those segments.
What’s Old Is New Again
While I didn’t think it would really happen this fast, it appears the Wi-Fi vendors, the big ones at least, are willing to take a shot private 5G. This is good news for the private 5G market, because more enterprise users (the HPE base primarily) will now get the chance to try it with a vendor that doesn’t have to learn how enterprise networks are put together during the installation process.
My focus is primarily on how private 5G will impact the enterprise customer, because that is my market. Private 5G is a technology with many potential applications however, and we are too early in the process to know which of these will develop into significant revenue streams. The WLAN vendors’ expansion into this market was an obvious move, and a propitious one if enterprises turn out to be the customer for this. If those other markets like DAS replacement turn out to be the real sweet spot for private 5G, those markets are still up for grabs.
By the time Enterprise Connect rolls around next month, Cisco will have given us the details of its private 5G offering, and HPE gives us one more private 5G option to discuss in my session Mobility Update: Sizing Up 5G (and Alternatives) in the Real World, Monday March 21, at 10:15 a.m. This really could turn out to be the year of private 5G.