While the benefits for RingCentral are clear, that’s not so easily said about Avaya. 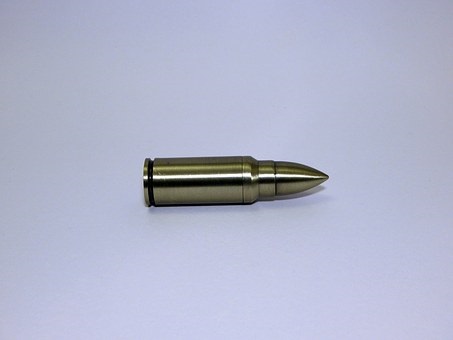 After months of speculation about Avaya’s future — rumors that included various deals with Mitel, RingCentral, and private equity firms — we’ve got our answer. After the market closed on Thursday, Oct. 3, Avaya and RingCentral announced a strategic relationship that makes RingCentral the exclusive provider of UCaaS solutions to Avaya, as covered in this No Jitter news brief.
To recap, Avaya and RingCentral will offer a new solution, Avaya Cloud Office by RingCentral (ACO), beginning early next year. The two companies will do some joint work in putting together sales and partner programs, as well as in building a way of automating the transition from Avaya’s on-premises solutions to RingCentral’s UCaaS platform.
The partnership includes a $500 million investment from RingCentral, as well. This comprises a one-time $125 million preferred equity investment and a $375 million advance to Avaya for selling the RingCentral UCaaS solution in available countries. The total investment makes RingCentral a 6% shareholder in Avaya.
Not Out of the Woods
Important to note is that this RingCentral partnership doesn’t preclude Avaya from going private in the future. So, if this isn’t the silver bullet that turns the business around, we might be right back where were just days ago, speculating “will it or won’t it go private?”
Additionally, I would expect some joint development is going to be necessary to get the Avaya phones fully featured on RingCentral’s cloud.
You could say this is a strange deal, given that Avaya is essentially handing its IP Office customer base to RingCentral for $500 million. But I’ve heard rumblings that Avaya’s bondholders were getting restless, and perhaps Avaya CEO Jim Chirico really had little in the way of options. He needed to find some kind of return for bondholders, and teaming with RingCentral might have been the best possible short-term deal to return some money to the investors that helped it go public and get out of bankruptcy.
For Avaya, the deal isn’t all that clean. RingCentral UCaaS is only available in a handful of countries —seven, if I’m correct — so Avaya still needs to maintain its “Powered By” solution as well as IP Office in Google Cloud. That means there are no cost savings to be had. Unclear is what happens when RingCentral decides to begin offering services in another country: Do the resellers and agents then stop selling the Avaya products and do a hot-cut over to RingCentral’s platform? How that transition would take place needs to be clarified.
On the other hand, the benefit to RingCentral is clear. Avaya can now spoon-feed RingCentral’s solution to customers that want to make the jump to UCaaS.
Portfolio Questions
And let’s remember, there’s more to UCaaS than calling. From what I understand, if customers want to buy other cloud services, Avaya will sell RingCentral Glip for team messaging and a rumored homegrown product developed by RingCentral for meetings, to replace its Zoom integration. Avaya will keep its cloud contact center service, rather than use RingCentral’s, which is an inContact integration.
This portfolio would create a fragmented sales model, particularly for the International team that will sell IP Office and Zang Spaces, for team messaging, to some countries and the ACO/Glip/Zoom replacement in other countries. How Avaya would handle multinational corporations that have some offices in the Avaya-only footprint and other locations in ACO territory.
Another issue to consider is Avaya’s installed base of UCaaS customers. This isn’t a huge number, but my understanding is that Avaya has about 300,000 cloud seats, most on the Power By solution with a handful of IP Office in the Google Cloud sprinkled in. The Google number is a small percentage of the overall base of seats, since that’s a new offering, but I’ve heard the pipeline was strong.
One justification for this partnership is that it enables Avaya to double-down on contact center.
This jibes with my belief that the UCaaS market will see deflationary pricing over the next five years. Amazon, Google, Zoom, and other vendors are pushing the price of calling down and building more functionality into their UC offerings, so a race downward isn’t all that exciting.
CCaaS, on the other hand, is likely to see pricing move upwards with the integration of more AI and agent-assist technologies into the product. In addition, the scope of CCaaS buyers is growing, so the overall pie is set to get bigger. This should enable Avaya to focus more on contact center and less on UC — although, as I pointed out earlier, it still needs to maintain its existing UC offerings for the foreseeable future. Also, now that RingCentral has a financial stake in Avaya, poaching the Avaya contact center customer base and replacing it with its inContact offer hurts its investment.
ZK Point of View: After months of speculation and talks of going private or merging with Mitel, this partnership with RingCentral is a letdown — like a suspenseful movie with a terrible ending that leaves the audience expecting more. I’ve written several times that Avaya’s most-valuable asset is its customer base, and with this deal it’s handing a big chunk of that base to RingCentral, for half-a-billion dollars. That’s not chump change, but it seems like a bargain for RingCentral CEO Vlad Shmunis and company.
I would rather have seen Avaya cut a similar deal for CCaaS with either Talkdesk or Five9. The IP Office business is profitable and growing and the products are mature. The CCaaS solution, however, is voice-only and still maturing (omnichannel is slated for mid-2020). A deal with a CCaaS vendor would have fixed a much bigger immediate need in the Avaya portfolio.
For RingCentral, the deal is a slam dunk. With it, it’s essentially acquired part of Avaya without having to actually purchase the company. It can focus on transitioning customers without having to worry about what to do with the on-premises business.
For Avaya, the combined portfolio is messy, to say the least.