In the latest edition of the No Jitter Roll, we cover news from Microsoft and Citrix. 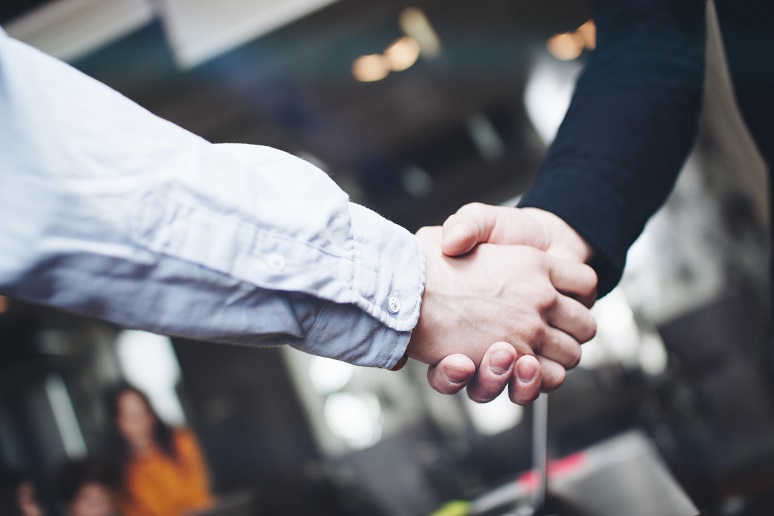 Image: Leonid Golovkin - Alamy Stock Photo
Welcome to the latest edition of the No Jitter Roll. In this edition: Microsoft shared details on a hardware device trade-in program, and Citrix announced it has agreed to be acquired by affiliates from private equity firms.
Microsoft Partners Up on Teams Trade-in Program
Last week in a blog post, Microsoft announced a new program for enterprises looking to trade-in devices when switching to Microsoft Teams. With the Device Trade-In for Microsoft Teams program, made possible by a partnership with Network-Value, enterprises can trade in already-purchased video conferencing equipment and desktop phones for cashback. Through the trade-in process, enterprises can also select options for recycling and disposing of devices. Some aging devices will not have resale value, and the cashback received on devices will fluctuate depending on market condition, demand, and the age and condition of the device, Microsoft said.

"In our research, we found that about 59% of companies that are adopting Teams prefer to use existing phones. Many companies often also use existing video conferencing systems," Irwin Lazar, president and principal analyst at Metrigy, told No Jitter. "While Microsoft has improved interoperability with third-party endpoints, including adding support for SIP phones this past December, and third-party video endpoints through partners, including BlueJeans, Pexip, and Poly, the trade-in program provides incentive for customers to adopt Microsoft-certified endpoints. This should be beneficial for customers as they can take advantage of the ability to centralize endpoint management and access new capabilities such as AI for voice and video quality enhancements."

Citrix Announces Private Equity Deal
Today, cloud computing company Citrix Systems announced that it entered into a definitive agreement to be acquired by affiliates of Vista Equity Partners and Evergreen Coast Capital Corporation. The all-cash transaction valued at $16.5 billion includes the assumption of Citrix's debt. With the transaction, Vista and Evergreen intend to combine Citrix with data analytics provider Tibco, which was acquired by Vista in 2014, into one company. By combining Citrix's digital workspace and Tibco's real-time intelligent data and analytics capabilities, the private equity firms hope to accelerate Citrix's SaaS transition.
Citrix becomes the latest tech company that has gone the private equity route in recent years. Within the enterprise communications/collaboration space, in 2019, affiliates from private equity firms Francisco Partners and Evergreen Coast Capital acquired cloud provider LogMeIn. At the time of the deal, industry analyst Dave Michels noted that investors believe “they can create more value” for LogMeIn through ownership and hence the deal. Michels added that typically private equity ownership breaks companies into parts to be sold or allows companies to focus on long-term growth, the latter of which was highlighted in the Citrix press release.
Additionally, in 2018, a Searchlight Capital Partners-led investor group acquired Mitel, as industry analyst Zeus Kerravala reported in this article. Noting that Mitel had several competing priorities at the time, Kerravala argued that speed and flexibility were key to the decision. By going private, Mitel also didn't have to worry about the pressure of quarterly earnings, Kerravala said.
Making a similar point in today’s Citrix press release, Bob Calderoni, chair of the company’s board of directors and Interim CEO and president, said: “As a private company, we will have increased financial and strategic flexibility to invest in high-growth opportunities, such as [desktop as a service], and accelerate its ongoing cloud transition.”
Editor's Note: This article has been updated since its original posting to add the quote from Irwin Lazar.