Tick, Tock, the Clock Is Running for Avaya

Lots of speculation surrounds Avaya’s future, but mum’s still the word on a final decision. 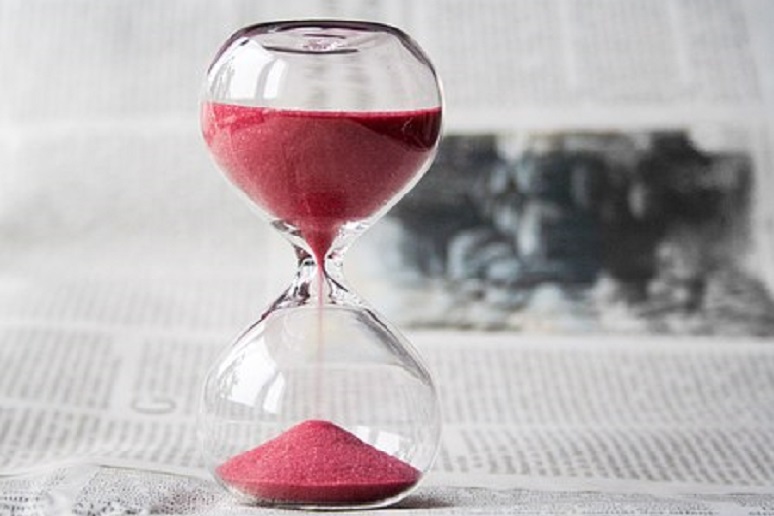 During Avaya’s Aug. 13 third quarter earnings call, CEO Jim Chirico mentioned that within 30 days he expected to be sharing the conclusion to its pursuit of the “strategic alternatives” the company began seeking earlier this year. Chirico has one week before the sand in the 30-day hourglass runs out.
While we’ve yet to hear from Chirico, many rumors are swirling around about what might happen. I’ve synthesized them down to three possible outcomes:
It’s worth looking at the implications of each.
Avaya Remains As Is
This option certainly is feasible, but you have to question the long-term viability without a change in strategy. In 2011, the first full year Avaya reported revenue following its acquisition of Nortel, revenue topped out at $5.5 billion and debt at $6.2 billion. By the end of 2018, revenue had dropped to $2.9 billion with $3.2 billion in debt. Doing the math, revenue had declined 47% and debt about 48%, meaning the revenue-to-debt ratio is about the same as it was when it was a private company under Silver Lake Partners ownership. I’m aware that Avaya first went private in 2007, but the structure of the company was vastly different post-Nortel merger and the closest comparison to where it is today.
Chirico needs to balance maintaining the legacy with keeping an eye on the future. But as CEO of a public company, he’s at the mercy of the shareholders. Turning the business around will require Avaya taking a step back before it can move forward and fully make the hard pivot to cloud. This might mean disrupting the status quo.
To do this, Chirico needs to set shareholder expectations, making revenue less important and company transformation his measuring stick. Ivan Seidenberg was able to do this during the 2005-2010 time period during his reign as Verizon CEO; he laid out a plan to Wall Street, and for a few years provided updates to investors on those initiatives while providing revenue/margin guidance. Avaya has good, if not great, products and arguably the best customer base in the industry, but it does need to make some hard choices if it’s going to remain public.
Avaya Goes Private… Again
This option has some merit as it would allow Avaya to make the hard pivot to cloud without being under Wall Street’s watchful eye. Avaya has previously tried and failed at this strategy, so why would you believe it would work this time? To realize any potential here, the private equity firm would need to commit to company transformation and not be so concerned about short-term revenue. Also, the debt would be hard to service, so taking Avaya private should be part of a larger rollup strategy that might include buying some combination of UC, contact center, UCaaS, or CCaaS vendors.
Regarding RingCentral, I really don’t like the company being part of this deal. No offense to CEO Vlad Shmunis and team, but they’d be fooling themselves if they think they understand Avaya’s customer base.
Avaya customers are the biggest of the big, and the most sophisticated, and they don’t want to move to public cloud. That audience wants cloud, but some form of hybrid and possibly multi-cloud. A strong proof point for this is that Google Cloud Platform and Amazon Web Services last year both rolled out private cloud stacks — Anthos and Outposts, respectively. Also, while Avaya has had its own “off the shelf” private cloud offering for a while, most of its large customer base wants a highly customized offering that’s tightly integrated with other business applications. This isn’t RingCentral’s strength.
Being part of the acquisition would require a complete DNA change for RingCentral — and that would force Shmunis to eat some words. When Avaya went into bankruptcy, Shmunis took a victory lap and claimed we were at the end of the on-prem era and that the cloud had won. So, if RingCentral were to try and roll out its own private cloud stack and move into custom solutions, it would be counter to what it’s been preaching. I’m not saying it can’t be done, but it would require some explaining why the change in strategy, and I believe the stock price would get crushed.
In addition, given the current political climate the development work RingCentral does in Russia could be viewed negatively among Avaya’s many government customers.
Mitel Continues Its Rollup
To me, this option makes the most sense, but could be a bit of a long shot. I know once McBee sets a price, he’s not moving off it — he knows the worth of acquired companies. As I pointed out in a previous post, a Mitel-Avaya merger would be good for the communications industry. Also, while on paper it looks like there’s a lot of overlap, there are more complementary areas. These include:
Mitel has been an active acquirer and has had good success with its rollup strategy. This would certainly be bigger than any other purchase it’s made but the company does have a successful track record — and now ownership by a private equity firm with some deep pockets. Based on my back-of-the-envelope math, I believe the combined company has better debt leverage than the two companies alone. This would make servicing the combined debt easier.
If I were a betting person, I’d handicap the outcome that Avaya stays “as is” and looks to build some momentum in the area of cloud with the hopes of getting better return a year or two from now. If this is to happen, as I outlined above, Avaya will need to rethink how it transforms itself to achieve results faster. Success would result in the company remaining independent or a sale resulting in high shareholder return. The components are all there, but making the shift as a public company isn’t trivial.
Whatever the outcome, the clock is ticking, and we should expect to hear something by next week at this time.