The company is delivering today what most of the competition is promising.

My first exposure to workstream collaboration was in 2013. My reaction at the time was one of suspicion. I didn't truly appreciate its value or difference from unified communications, and my first exposure reaction remains common.

Today, workstream collaboration (team messaging) is emerging as the next major transition in enterprise communications. And, for good reason as these applications bring the conversation to the workflow. This messaging-centric approach to collaboration, when combined with UCaaS, unifies communications better than UC ever did. Simultaneously, general industry trends toward cloud and mobility are causing many UC companies to dramatically change their strategies (here and here). 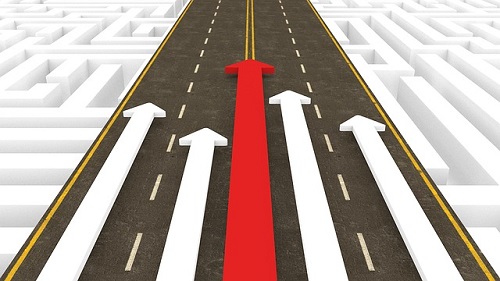 RingCentral is nailing it with Glip. RingCentral acquired the workstream collaboration app Glip back in late 2015. That's almost a full year before Microsoft announced its workstream collaboration app Teams. Today, Glip is included in RingCentral Office. The service provides one-on-one and team messaging and soon, an enterprise-grade softphone with business calling features such as hold, record, transfer, and flip (change endpoint). RingCentral previewed the single, all-in-one application at the event.

Like other workstream collaboration applications, Glip integrates with Active Directory. It also supports today's external users. In fact, at the analyst day I mentioned, RingCentral set up a Glip space for industry analysts across 16 different companies.

Glip offers more than 120 integrations with popular cloud services such as CRM and workflow tools. For other services, Glip offers APIs for custom integrations. Again, these offerings are available today, available globally, and Glip is available on Windows, MacOS, iOS, Android, and Web.

Glip is a central part of the RingCentral story, and the folks at RingCentral claim Glip has changed the way they work. (Lest non-believers remain among us, RingCentral also had multiple customers sharing their success stories with analysts.)

But Glip is not the only differentiator in RingCentral's arsenal; its users also have access today to extensive analytics. These tools provide insight into all RingCentral calls, enabling users to sort data, from high-level information (region, city, and site) to user and specific details. The data offers particulars such as the codec, ISP, and endpoint used; call volume; call quality; MOS (mean opinion scores); and detailed network performance details such as packet loss and jitter.

Ten years ago, I felt almost sorry for RingCentral. I associated the company with cloud fax, and I wondered how a hosted fax company could recruit and retain talent in Silicon Valley. Clearly, my concern was unwarranted. In addition to its own tech for UCaaS, collaboration, and analytics, RingCentral aligned with industry leaders Zoom and inContact, for video and contact center services, respectively. RingCentral has essentially found a balanced compromise that resolves the eternal quandary of single vendor vs. best-of-breed.

Of course, growth and valuation create a double-edged sword -- the bigger they are, the harder they fall. While I am sold on the idea that workstream collaboration is the next major iteration of this industry, it's still too early to know if it will gain widespread acceptance.

Additionally, RingCentral's valuation is so much higher than its competitors that its likelihood of being acquired seems low. Is the company big enough to take on the likes of Microsoft and Cisco independently? Time will tell -- but meanwhile, I've moved my concern to other companies.