Ytica has been elevated from partner status to an integral part of Twilio and Flex.

It's a widely held opinion that serial entrepreneurs are born, not made. Jeff Lawson, co-founder and CEO of Twilio, certainly fits the definition, as a quick perusal of his Linkedin profile attests. In the last 20 years, he has been founding CEO and/or CTO of four companies, among them StubHub.

It's no surprise then that for Twilio's latest acquisition, Lawson has chosen a firm led by an entrepreneur that has himself founded two firms. Twilio announced today that it has acquired Ytica, a key partner of Twilio's contact center solution Flex, that offers a suite of contact center reporting, speech analytics, and quality management applications.

Šimon Vostrý, founder and CEO of Ytica, was also the founder and CEO of another workforce optimization (WFO) firm, Zoom International. In 1999, at the age of 18, Vostrý started Zoom in his hometown of Prague, Czech Republic. Over the next eighteen years, Vostrý created a company with implementations in 90 countries that today provides omnichannel call recording, screen capture, quality management, and speech analytics solutions for its clients.

I caught up with Al Cook, head of Twilio Flex, and Vostrý at the end of August for a telephone interview at the beginning of their multi-city "Flexpo" tour. Starting in Dublin, moving to New York City and finally to San Francisco, Flexpo was a day-long immersion in all things Flex to energize the sales people, engineers and support people who are tasked with taking the Flex story to the world.

During our conversation, I had an opportunity to delve into why In addition, Cook provided some general updates on Flex as it heads toward general availability–expected to be announced at Twilio's Signal event, scheduled for mid- October. 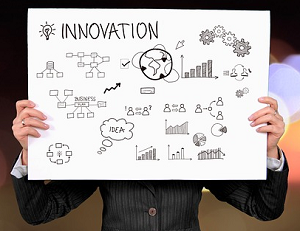 With Zoom International growing and successful, in 2017 Vostrý faced a very personal innovator's dilemma. There were things he wanted to do, technology directions he wanted to explore, but found, "It's very difficult to disrupt your own company." He decided to form a new team and put his brightest people on it. He gave himself a budget but not a lot of other constraints.

Starting totally from scratch, Vostrý had a vision to build a next-generation WFO solution, one that was cloud-first and built on microservices. With a team of 15 people, Ytica put all its efforts into building an AWS-deployed, highly customizable portfolio of omnichannel reporting, speech and desktop analytics, and quality management solutions that can address the needs of customers with up to tens of thousands of agents.

It's that portfolio of solutions, and those people, that now become an integral part of the Twilio Flex team. As Cook pointed out, this is not a technology tuck-in, but a technology and talent acquisition. Cook added that Twilio has been partnered with Ytica for well over a year. From the demo shown at Enterprise Connect 2018, where Flex was launched to deployments with early customers, Ytica has been an integral part of Flex from the outset.

Cook went on to say that Twilio will continue actively working with other WFO partners. This will be especially true for workforce management (WFM) as Ytica's portfolio does not include a WFM solution.

In terms of overall Flex updates, some of what I was told remains under wraps until the company's Signal event. But Cook did share these comments on the record, and I've also gleaned other public insights from Twilio's recent second quarter earnings call for financial analysts:

Al Cook has been in a hiring frenzy, so expect to see disclosure of the size of the Flex team and a list of some notable hires at the upcoming Signal event. What becomes clear when speaking to him, or listening to Lawson, is that Flex is about more than bringing a single contact center solution to market. From human resources to marketing, from the sales people to the CEO, Flex is a company-wide effort.