From Brown Back to Brown: A Telecom Career Unfolds

In our first Women in Communications profile, Jeanne Spinosa, telecom manager at Brown University, reflects on her career and shares advice. 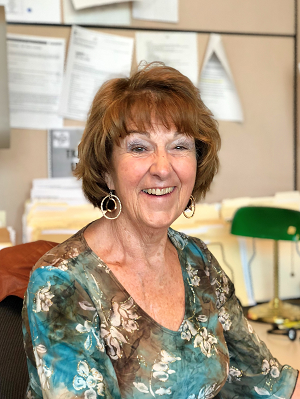 As Jeannie will tell you, her career in telecommunications began with a bit of serendipity. After graduating with a degree in psychology from Brown University, Jeanne worked in a couple of psychiatric hospitals with the idea that her next step would be getting an advanced degree in social work. While playing softball during these early post-college years, Jeanne bumped into a fellow Brown alum who was working at Rolm as a PBX trainer. The two kept in touch, and when her friend got promoted she recommended Jeanne as her replacement. By that time Jeanne had changed her mind about pursuing a career in social work, so she took the interview... and the rest is history.

At Rolm, Jeanne was responsible for training users on how to use the features and functions of PBXs, which at the time were newfangled. From Rolm she went to Prime Computer, moving from training to deployment as a phone system installation coordinator. Then she headed to The Info Group, where she helped this telecom expense management firm's clients keep track of their phone numbers and cable pairs -- and learned all about relational databases along the way.

Jeanne jumped the fence from the vendor side to the user side when one of her Info Group customers, Salve Regina University, needed a telecom manager. Nearly 25 years later that path has led her back to her alma mater, Brown. In a snapshot, here's her journey with user organizations:

Jeanne, who I first met at Enterprise Connect a couple years back, is passionate about boosting women's visibility in the industry. This I've known from our first encounter, during which she deemed me a "rock star" because of my mainstage presence (as EC program co-chair and general session moderator) at the event. Her comment at the time -- "It's about time we saw a woman up there!" -- struck a chord. Fast-forward two years, and as we thought about launching a series of profiles on women in communications, Jeanne as a first choice seemed fitting. With a career that encompasses work at both vendor and user organizations, she has a wealth of experience to share.

What follows are snippets from our conversation on being a woman in communications.

On returning to Brown and her affinity with the school...
The opportunity to work where I graduated from was irresistible and wonderful. Plus, the starting point for my whole career in telecom, which I've been doing for about 40 years, connects to Brown, too, [when I met my former classmate all those years ago playing softball].

On why her friend recommended her as a PBX trainer, that first telecom job...
Because I'm outgoing and smart, and because I'm an actress (literally, since I was a kid, through college, and today I do community theater). When you're teaching someone, you're on stage, whether you're one on one or on a literal stage, standing in front of 300 people who work at MIT, [like I did while at Rolm] and telling them how to use their phones. And I'm brave... or, I don't know, just maybe foolhardy... but certainly having enough confidence to try it is in my personality.

On lessons learned from that first job at Rolm...
I was essentially hired as a teacher, to show people how to use their new computerized telephones. I started on a Monday, and I taught my first class on Friday. I learned, like all teachers, that you only have to be one step ahead of your students. Whenever anybody asked me, "Well what about that?" or "How does that work?" and I didn't know, I'd say, "Well let me go find out and then we'll both know."

That's kind of how everything has gone. In those days, we were in a groundbreaking time. Few people knew how [computerized telephony] worked, with so many moving parts. There was the telco part, the PBX part, the traffic analysis part, the logistics part... so it was all learning. And not like the learning you did being in college, but learning on the job. It was a lot of fun -- probably the most fun time of my career was that first job when everything was brand new.

On her roles and responsibilities at Brown today...
When I was hired as telecom manager [four years ago], my primary role was to get us off an old Nortel system and help move to VoIP. That's well underway. [But two things are making that challenge more complex. The first is] Brown's construction of new properties or renovation of properties and how [communications] infrastructure is involved in that. And now [a second] giant challenge is Verizon's 'network transformation,' or abandonment of cable. There's never a dull moment between those two giant challenges.

From a high level, we're like most universities. But from an infrastructure level, we're unique in trying to support two platforms at the same time -- making sure they're both upgraded, and that they still talk to each other, and then dealing with any new moving target that they throw at us. We're the only university in the country that's halfway on Nortel and halfway on Cisco, using 'magic background dialing' so nobody needs to know who's on what platform. In preparing every building for VoIP is installing Power over Ethernet and [uninterruptible power supplies] -- that's 284 buildings, and they keep building more buildings and shifting people around.

Mostly my constituents are faculty and staff, around 3,000 [users]. We do have an offer for the student body through soft clients -- Jabber, since we're a Cisco shop. We've had a few takers, and that's kind of fun.

Continue to next page: On challenges, proudest moments, and more