The End of Vendors as We Know Them?

SaaS could open up a whole new market for IT.

It's obvious that open-source software is exploding everywhere and competing with vendor-provided software. It's obvious that software-as-a-service and cloud computing in general are tapping off what was once per-user hardware and software sales. White-box network devices and servers are emerging as leading hardware choices. Is all this combining to mean the end of vendors, and the beginning of a lot of new integration headaches for users?

The reason it's not farfetched to ask about the survivability of vendors is that shake-outs driven by open source have happened in the past. Of the big proprietary data center system vendors, only IBM has survived the open-source revolution; the rest were M&A targets or just died off. Open networking killed DECnet, SNA, and all the other proprietary models. Linux rules the world in server operating systems. Open architectures create competition and prevent lock-in, but they also limit vendor profits.

Users are accustomed to having a lot of technical support bundled in with their purchases. In the old days, computer vendors did project planning, integration, and operations support either for free or for an annual charge, and a lot of businesses used that support to reduce their need for having technical skills on staff. A new white-box-and-open-source paradigm might be cheaper, but it could threaten that professional services support and force IT organizations to staff up.

According to my most recent survey, only one out of seven small businesses can actually support their own IT needs, and only four of 10 mid-sized businesses say they can. For both these groups, the notion of a hosted SaaS-like service is the killer option. Almost 90% of both groups say they would buy a SaaS suite if it provided everything they needed, where the number of enterprises who'd go totally to a SaaS model is down in the statistical noise level.

In short, However, SaaS is more profitable to a provider if it's not based on third-party proprietary hardware and software for which providers have to pay. A transformation to SaaS hosting would probably increase the use of open hardware and software, not proprietary stuff. The SaaS windfall will inevitably accelerate the decline in traditional IT/network vendor influence.

Those users who don't move to SaaS or another form of cloud hosting are going to be under pressure to reduce their own server and network costs, and so they'd be very interested in white box and open devices. Today, about a quarter of all servers sold are white-box, but among enterprise buyers it's only one in 10. About the same percentage of enterprises get their open-source software directly in source form and support it internally; the rest use a supported distribution like Red Hat. A recognized movement toward white-box servers and devices could increase their use by enterprises considerably, which might force current device and server vendors into something like a subscription model.

That would be tough on vendors. Cisco's CEO Chuck Robbins recently took the time to assure investors that Cisco wasn't moving totally to a subscription software and service model, and will continue to support a robust hardware commitment. Without buyers, or even with fewer buyers, that would be increasingly difficult to manage. Cisco and other hardware vendors would shrink, and some would end up the victims of consolidation.

On the server side, we're already seeing consolidation pressure. Neither HPE nor Dell are likely to exit the space, for example, nor are they likely to merge or be acquired. On the network equipment side, we probably do have more players than a commoditized switching and routing market could support. 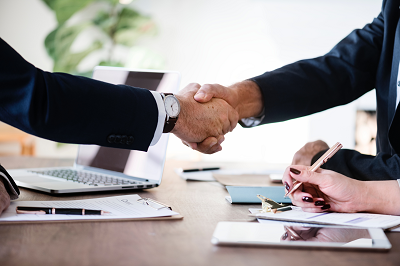 Vendors are the paramount providers of pre-integrated packaged solutions. Buyers have tended to pay a premium to get this single source of professional support, and if commoditization and consolidation weaken vendors' ability to provide that, others will have to pick up the slack. Professional services firms might do that, but enterprises say their fees and skills aren't measuring up -- for now at least. That means a kind of super-integrator.

Red Hat is the acknowledged leader in open-source software, and it is already creating specialty suites or packages designed for specific applications and industries. In UC/UCC, we already have UC as a service, and open-source UC/UCC solutions. The role of integrators and VARs is expanding in the space, and other specialized vertical or horizontal market spaces could go the same way. It's possible that some network vendors, open-source vendors, or integrators would step up and provide full-service integration and open-source software for both servers and network devices.

In all, there doesn't seem to be any question that the openness trends we see today in both software and hardware will threaten vendors. There's no question that SaaS and the cloud in general offers a way to deliver sophisticated technology to the SMB space. We see, in combination, more commoditization pressure but at the same time a set of new buyers. Both vendors and buyers will have to juggle the professional services side of the open-system revolution, or technology adoption is going to get a lot harder.