When implementing new communications platforms, don't even think about skipping this step. 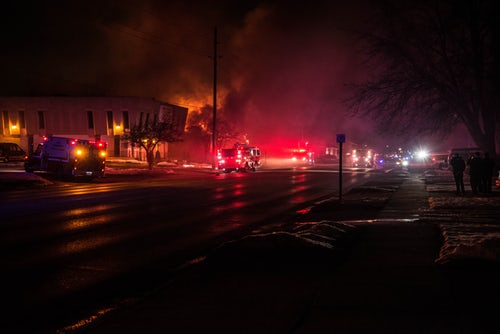 After months of planning, you’ve just implemented a new communications system for your organization. It may be a premises-based system, a cloud-based solution, hosted, or a hybrid. Whatever choice you’ve made, it’s time to test 911 services with it.
Testing 911 sometimes strikes fear into people’s hearts. “It’s not a real emergency. I don’t want to get in trouble” is a common retort I receive when I ask people to make a test call to local 911 services.
In many areas, there are regulations against testing 911. New York is one of them, and I can understand why. New York is one of the largest and busiest cities in the world. You can only imagine just how busy its 911 call center must be at all hours of the day! After all, it’s the city that never sleeps. To a NYC 911 operator, a test call is valuable time that could be better used to help someone who is actually in trouble.
Before we delve into my process for testing, let’s back up and look at the bigger picture. 911 is a relatively young service in this country. It wasn’t ubiquitous until the late 1980s. 911 calls come into what’s known as public service answering points (PSAPs). From there, dispatchers communicate with and send first responders to emergencies. PSAPs make it easy for the public to place 911 calls with confidence of response.
Virtually no federal regulations stipulate guidelines or rules of operation at PSAPs. No federal regulations mean no federal funding. It also means that each 911 call center can operate different systems -- different software solutions and various technologies -- as long as they meet minimum FCC mandates.
PSAPs are mostly county-operated. (A few large cities have their own centers.) For most, funding comes from 911 landline surcharges. Since landlines have been on the decline, 911 call centers find themselves struggling with their budgets. As a result, most don’t have staff and systems dedicated to testing. In addition, most don’t operate with the latest and greatest technology.
I’ve received several reports over the years about 911 not operating properly. A problem dialing 911 poses two problems for companies:
There is no substitute for real-world testing. I know it’s not “accepted” by some PSAPs, but I don’t care.
I generally try to make test calls between 9 a.m. and noon Tuesday through Thursday. This is when the PSAPS are relatively slow.
I’ve memorized the script I follow, and state it quickly and without pause. I DO NOT request permission to make this call; 95% of the time the operator finds it is quicker and easier to confirm my request than to chastise me for making a test call. Believe it or not, some operators even THANK me for doing it. Here’s the script I use:

This is a nonemergency test call. My name is Darin Ward, and I'm calling from xxxxx. We have upgraded our phone system and are making a test call. Can you please confirm that my caller ID shows 555-555-555 and that my address is 123 Main St. in City and State?

That’s it -- concise and to the point.
I've only been rebuked a few times in 20 years of testing. And only once did I encounter a belligerent PSAP operator who refused to verify my caller ID and location information (this was in New York). I simply called back during another shift, got a different operator, and verified our information.
Frankly, I'd rather get my hand slapped and know that my database is accurate than to NOT test my systems. I’ve never been fined for doing this. If I do receive a fine one day, I’ll take it. I’d rather be fined and know that 911 service is working, than have a situation in which first responders are delayed, or worse, not arrive.
Regulations vary from county to county and state to state. For example, in the state of New York you should ask for permission in advance and then work with the state’s non-emergency line. However, some areas in New York don’t have a testing method or system and still won’t permit you to make a test call. When I’ve asked how an enterprise can be certain that 911 is fully functional, the answer I’ve heard is to "trust the system."
So my policy is to do what I feel is necessary -- and that’s to test 911.
What happens when the operator’s screen shows incorrect information? That does happen. But don’t worry, there’s no need to panic. This information comes from the carrier, so you’ll have go back to your carrier and work with it to make corrections. Keep in mind, however, that this can take a few days up to several weeks. Once the carrier claims that it’s made the correction, you’ll need to conduct a second round of testing.
911 systems are designed to help us during emergencies when time is critical. I’m grateful to have first responders readily available. For me, testing the ability to call 911 and confirming the location information is absolutely mandatory. Skipping this step when installing an organization’s communication systems simply isn’t an option.