We’re at the dawn of a new age of computing. 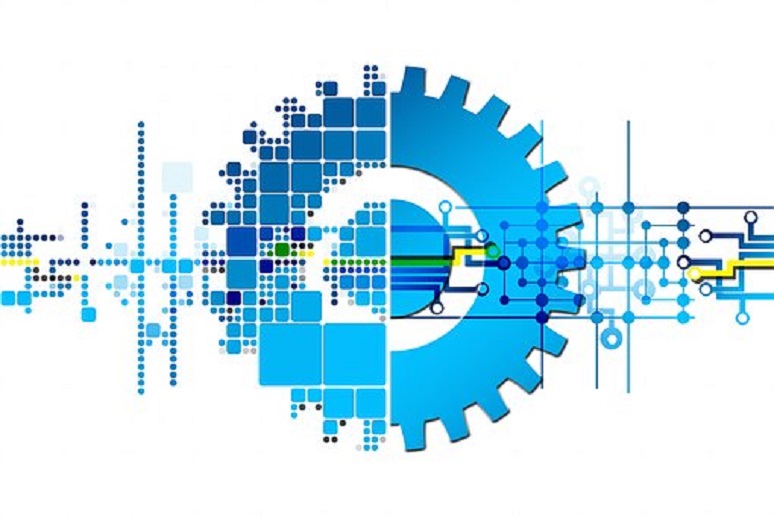 One transformation is usually plenty for technology markets, and truth be told we don’t even have a great track record managing a single driver of change. Next year, we’re going to have to get smarter, because four distinct transformations are happening, and the sum of their impacts will shape the year.
Narrowing the Gap
The first transformation is the narrowing of the distance between IT and workers. This isn’t a new trend; we can map the changes this force has created all the way back to the 1950s. Computing used to take place on massive mainframes tended by acolytes in suits and capturing business activity by keypunching activity records created manually. With the cloud, we can push computing forward to intervene in the way people work, and that’s huge.
Business has up to now focused on processing transactions, which are packaged records of a desired step, like a sale or shipment. If you think about it, transaction-think means that information systems are setting a framework for workers -- they have to produce transactions. Transactions also structure work into a series of offline steps that lead to a single message exchange. That message exchange has to be very quick because by this time the worker has done those other steps and is just waiting around.
The cloud and smartphones are combining to push worker support into those steps that used to be offline. We may still have a culminating result, but it’s coached along by network and computer support of the work process. That incremental work-process support is the enabler of our second transformation -- that being the decomposition of applications into services.
We’ve had technical reasons for breaking applications into services for at least three decades now, from more efficient software development to scalability and resilience in the cloud. The problem is that when you make transaction processes by composing network-hosted services, you accumulate massive delays because of network transit time.
Get rid of transactions in favor of work-process support, and you can now provide services in the context of human activity, which is slow enough that network transit delays aren’t a big impact. Monolithic applications are the logical way to process transactions, but not the logical way to support individual work process steps. For that, services are great, and services related to events are even greater, which introduces our third transformation.
On a Mission
If you want to intervene in work processes to help workers out, you have to know what workers are trying to do. In the old days we knew that they were trying to create transactions, but we’re now seeing worker activity as the combination of two transformational things, mission and context. A worker has a mission, an assignment, a role to play. Work processes are designed to fulfill the mission, and we need to know what that mission is to provide assistance. We can be sure that in 2019 we’ll see mission modeling, a way of expressing business processes in terms of the detailed things workers have to do.
Knowing what someone is supposed to do isn’t enough, though. We have to add in the context side, which includes things like where the worker is, what the worker is seeing, and so forth. Things like artificial intelligence (AI) and machine learning, like the Internet of Things and event processing, even like augmented reality, all fit into the context side by offering a way of building a picture of the here and now. That combines with mission models to allow a goal-seeking AI approach to help workers get from where they are to where their missions say they need to be.
Dualism at Work
That leads us to our final transformation, the dualistic compute model. We really do have business steps that transactions represent today, things like orders and sales and payments. Those don’t go away even if workers aren’t tasked with creating computer inputs instead of selling or collecting or moving goods. Computing in the future will have to distill those explicit transactions out of the new work-process-support mechanism, and handle them pretty much as they’re handled today.
Dualism like this is critical for two reasons. The first, which I’ve already touched on, is that there is a logical dualism in play in business, which is what the worker does versus what the business does. We need to support both in 2019 and beyond. The second is that it’s much easier to adopt our emerging mission-context-services model if we don’t have to fork-lift a trillion dollars’ worth of IT. We can focus software change on building the new model, and hand off transactions from it to feed the old.
This might all sound like way too much transformation and revolution for a market that’s been reluctant to embrace change, but the good news is that we’re already seeing it being adopted. The data on cloud adoption might lead some to believe that we’re moving applications to the cloud, but the fact is that we’re moving pieces of applications to the cloud. The front-end piece of applications, where the IT meets the worker, is moving to the cloud because of the high level of customization and highly variable workloads that worker support involves. The rest of the applications are staying the same.
All we need for our dualistic transformation to happen is the recognition of the other transformations, and their support in how we develop and deploy applications. Even there, we have the critical pieces in place. Cloud providers are offering event processing, workflow management, and automated deployment for responding to workers with services. We don’t need new technologies in 2019, what we need is a complete vision for applying those new technologies. That’s a vision that our transformations will provide, at long last. In fact, in 2019, they’ll usher in the new age of computing.
Happy New Year!