Specifically, Dialpad will use TalkIQ's real-time speech recognition and natural language processing technologies to provide the ability for enterprises using its voice, conferencing, and call center services to capture information and learn from conversations as they take place.

With voice intelligence, enterprises should have the insight they need to be able to sell more effectively, hold more efficient and productive meetings, personalize customer experiences, and make smarter business decisions, for example. And they'll have the information available in real time with no need to install new software, Dialpad said. 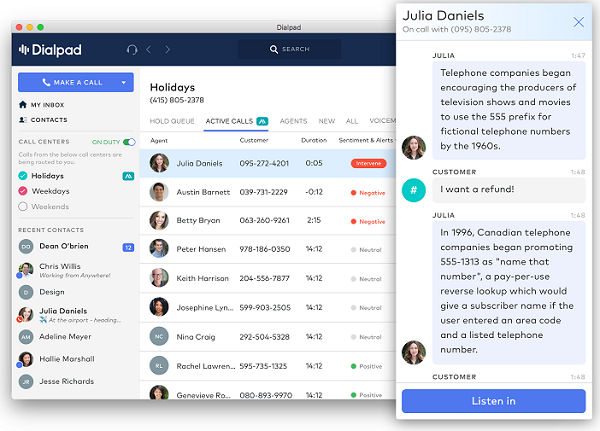 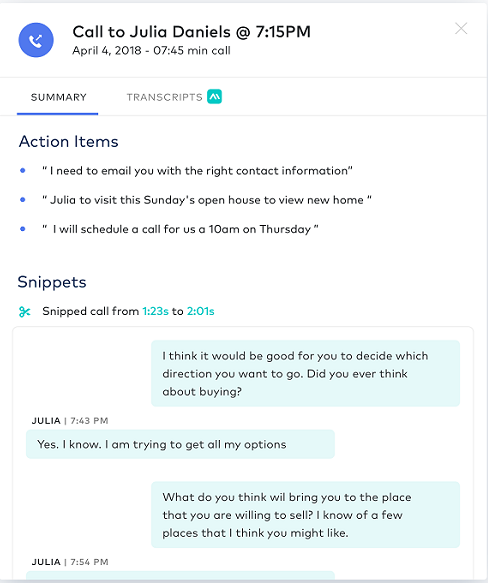 After meeting with what seemed like "virtually every voice artificial intelligence company in the world," Dialpad decided to work with TalkIQ for its real-time capabilities, the accuracy delivered by its technology, and synergies with the team and platform, Dialpad founder and CEO Craig Walker told me in a No Jitter briefing. Although Dialpad originally approached the partnership at an "arm's-length," as an integration, it quickly saw the benefit of acquiring the company and baking the technology into every single business voice, conference, or contact center call, he added.

For background, TalkIQ was founded in 2014 as part of Atomic Labs. Now a part of Dialpad, TalkIQ CEO Dan O'Connell joins Dialpad's board of directors and serves as the company's general manager for VoiceAI. Rory O'Driscoll, from TalkIQ's lead investor Scale Venture Partners, serves as a Dialpad board observer, Dialpad said.

"Our mission is to make business communications great and [the TalkIQ technology] fits into that perfectly," Walker said. "It allows all businesses to make smarter calls and makes every single conversation much more actionable. This is what a business communications call should be -- a better experience for the person on the phone, better for the customer, and better for the company."

A beta version of VoiceAI, featuring real-time transcription and sentiment analysis as well as Smart Notes, is available today as a free trial for existing Dialpad customers. Paid subscription plans will be available starting July 1, but Dialpad has not yet released pricing information.