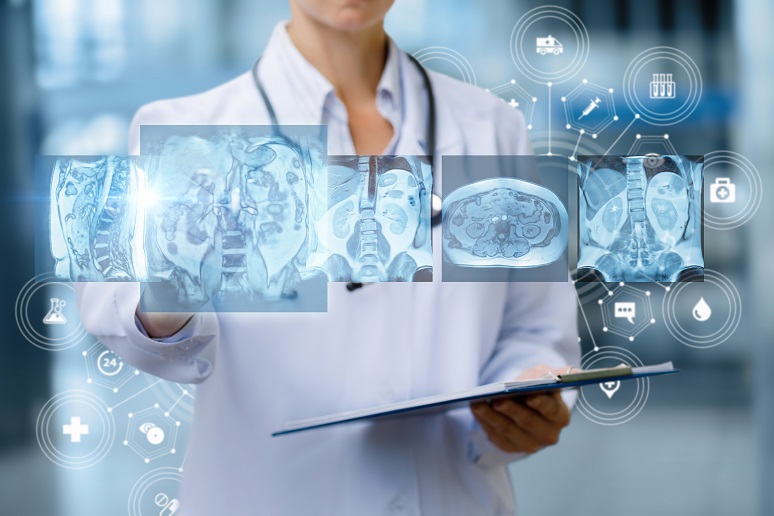 Image: natali_mis - stock.adobe.com
Constrained by outdated processes, outpatient medical imaging provider SimonMed Imaging has modernized its operation using communications APIs to streamline and automate the back-and-forth with patients.
Not only has the use of communications APIs, via the IntelePeer CPaaS platform, brought SimonMed into the modern era with its processes, it also has helped the company curb overhead costs, Duleep Wikramanayake, CIO, shared with No Jitter. Prior to tapping IntelePeer’s platform, SimonMed operated 98 sites and spent $5.4 million in voice and data costs annually; now the company operates some 170 sites, in 12 states, with nearly half the spend, at $3 million, he said. Additionally, use of CPaaS gives SimonMed the agility it requires to sustain business growth, he added.
SimonMed handles medical imaging for about 10,000 patients daily, or about 2.2 to 2.4 million patients annually. Its list of services includes everything from CT scans to mammograms, MRIs, ultrasounds, X-rays, and more. SimonMed interprets those images and sends them back to the referring doctors.
Keeping patients happy, in terms of how it communicates with them and schedules these tests, is “where IntelePeer comes in handy,” Wikramanayake said.
Previously, SimonMed faced a challenge in translating orders received via fax or electronic medical record (EMR) system into patient appointments, Wikramanayake said.
Suddenly SimonMed schedulers would receive an order, and the patient’s expectation would be on-the-spot scheduling, he described. However, getting to patients in a timely fashion with its staff of 30 was near impossible. Too often, schedulers would need to leave a voicemail and then move on to the next person, and so on. The process was “incredibly inefficient” given the thousands and thousands of orders received daily, he said.
At some point, SimonMed found itself 40,000 orders behind, resulting in peeved patients and upset referral doctors. “They’re looking for a continuance of care, and they can't do that until they have their exam scheduled,” Wikramanayake said.
Today, SimonMed uses IntelePeer’s autodialing application to automate SMS notifications and phone calls for appointment scheduling. This application consists of four different components: database sync, a scheduling service, a dashboard/reporting tool, and auto recap (fax). Wikramanayake described the modernized process for scheduling:
First, SimonMed uses a robotic process automation workflow to sync incoming orders with its internal database every 15 minutes. Next, the schedule service, which also runs every 15 minutes, retrieves orders from the database. If the order is empty or the phone number has fewer than 10 digits, the scheduler moves it to a “failed call” list. Once it’s validated the orders, the system then creates a CSV file with all of the phone numbers and sends it to IntelePeer, using secure FTP, for automated dialing.
From IntelePeer, SimonMed receives a daily report on leads received, and calls handled, specifying the number of times called and whether calls were successfully completed. If SimonMed fails to reach a person by phone, it sends the patient a text message linking them to a portal where they can schedule themselves, Wikramanayake said. If the person hasn't scheduled their appointment, he says they'll get two more notifications before a doctor contacts them. Toward that end, SimonMed sends a fax to the referring doctor notifying which patients it hasn’t been able to reach. The doctor can then schedule them.
This process, implemented in four to six weeks, has “helped SimonMed from the staffing, cost, and efficiency perspective,” Wikramanayake added.
Wikramanayake credited IntelePeer's APIs for the quick process turnaround, calling them the "keys to success." Via API, for example, staff now also receive email alerts when orders haven’t been processed or a file is missing, he said. The IntelePeer reporting has “made a huge difference,” Wikramanayake added.
In addition to using the Atmosphere CPaaS platform to deploy its autodialing, SMS notifications, voice, and data services, SimonMed also utilizes a couple of other IntelePeer managed services, including SIP trunking. Since 2019, the practice has converted over 160 sites from various carriers to IntelePeer, which handles all inbound and outbound calling and faxing — “no more analog lines, no more demos, and no more primary rate interfaces,” he said.
SimonMed is expanding “in leaps and bounds,” intending to grow through acquisition to 190 sites by the end of the year and 350 by 2024, Wikramanayake said.
To support the growth, Wikramanayake said he’ll continue to tap into IntelePeer’s capabilities. For example, one day, he said he hopes to be able to send patients a text that says, “‘Hey, your referring doctor told us to schedule you for an exam. Based on your zip code, here are three sites that you could visit. Please pick one.’” Once they select their preferred location, another text comes through that iterates, “‘Based on the site you picked, here are three exam times [available].’” If the patient needs to speak to a live agent for whatever reason, all they’d have to say is, “‘Let me speak to a live agent,’” he added.
With AI, Wikramanayake said, “there’s a place for IntelePeer to help us get to that next level."