Why We Can Never Return to a World Before COVID-19

An open floor plan for the office, business travel, remote work – all of these are forever-changed for the future of work. 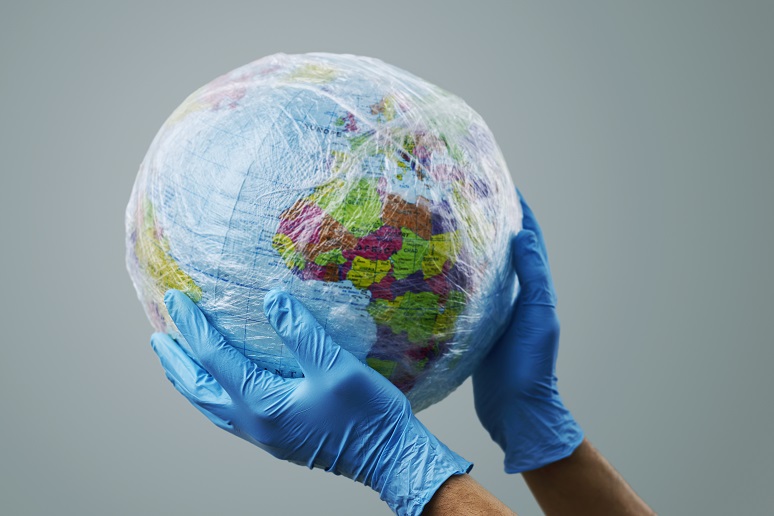 Image: nito - stock.adobe.com
Many people who have been huddled in their basements or stuck in a single corner of their living room, working and collaborating, are surely sick of it by now and wondering when things will get back to normal. Maybe it’s taking a little longer than expected to get through this pandemic and lockdown thing, but surely there’s an end in sight, right? Wrong. We can never go back to what was, we can only prepare for what’s next.
COVID-19 has been the biggest disruption to business in decades; by some measures, the biggest in world history. While many are trying to figure out when it ends, corporate planners are working to figure out how to perpetuate the new things we do, and how to do without the things that were the center of our business lives, often for all our careers. They agree on one thing; the risk of a return to “normalcy” is too high, and the value of that return is too low.
Let’s start with the office and the idea of open floor plans and cubicles where we can lean over to chat with neighbors. Most companies say that these layouts promote the spread of disease, and they also often result in a lot of lost time. Look for more isolation, at least in the form of higher barriers between workers. Even those who come to work may have a hard time recognizing the place. Smart companies will try to make things light and airy to create a feeling of openness, but nobody wants their workplaces turned into Petri dishes.
A surprisingly large number aren’t coming back to the office at all. Remote working doesn’t appeal to everyone, not every worker or every manager. Still, it’s proven to be far more effective than most believed it would. One operations chief told me that when the lockdowns started, the expectation was “a worker would work half a day and read, swim, or golf the other half,” not flattering, but understandable. What happened was that productivity got marginally higher, and that’s what almost 40% of management tells me happens with remote work.
Then there’s business travel. How many days a week did a road warrior sally forth to do battle? If you weren’t out of the office for at least four days, then you weren’t even trying for the title. Now, airlines are saying that business travel is never coming back to what it was, and they’re almost surely correct. Instead, we’ll do remote business with tools like Zoom and Meet and Skype, because our bosses and ourselves have learned that it works.
We’re not learning something new here, more like re-learning something we discovered decades ago. Studies on collaborative behavior back in the 1980s showed that for two-party decision-making and verbal cues were sufficient to achieve optimum productivity. You didn’t even need video. People got into face-to-face collaboration, sales, and support – more for the comfort of human contact than for tangible value. We know now it’s fairly easy to adjust to remote collaboration in place of meetings, travel, etc.
You can add to these points three others to cement the truth that this is the new-and-forever normal. First, we’re getting used to it. Workers had to adjust to lockdown behavior, and it took some time, but they managed. How’re you going to get them across the pond, jet-lagged and all, and at considerable company expense and personal inconvenience, when they’ve learned to love the hammock under the tree down on the farm?
The second obvious point is that the pandemic isn’t over, and few believe that at some unpredictable point, another will come along. Some say COVID will be with us, in some form and some places where vaccines don’t quickly reach, for years or even decades. By then, for sure, many workers won’t ever have worked the “old way” at all.
The final point is that we’ve already retuned our tools, at a substantial cost, for the pandemic age. Cloud computing is growing as companies look for agile IT strategies that avoid sunken capital costs. Do you think we’ll “un-cloud” when we believe it’s safe? Networking is shifting to a virtual model for the same reason. Does it suddenly go back, when we’ve spent money and time to get to the current state?
COVID has retooled our world, and it’s not over yet. It will never be, because what we know about the present and have learned to fear about the future demands a new way of adopting and using technology. That new way is the starting point for our pathway forward. It’s the baseline, not our old “cubes,” static networks, clunky data centers, or sleepy airplane rides.
We’re not going to eliminate networks, but we’ll strike those of places in favor of people. We’re not going to eliminate data centers, but we’ll write software so that it can run in them, the cloud, or both, without any changes in operations or performance. We’re not going to eliminate meetings, but we’re going to redefine what we think ones look like so that we can create one from a collection of people drawn from anywhere. Our “real” meetings will then be expected to look virtual.
These are only some examples of how our world has changed, and why we can never go back.