How he’s getting the company ready 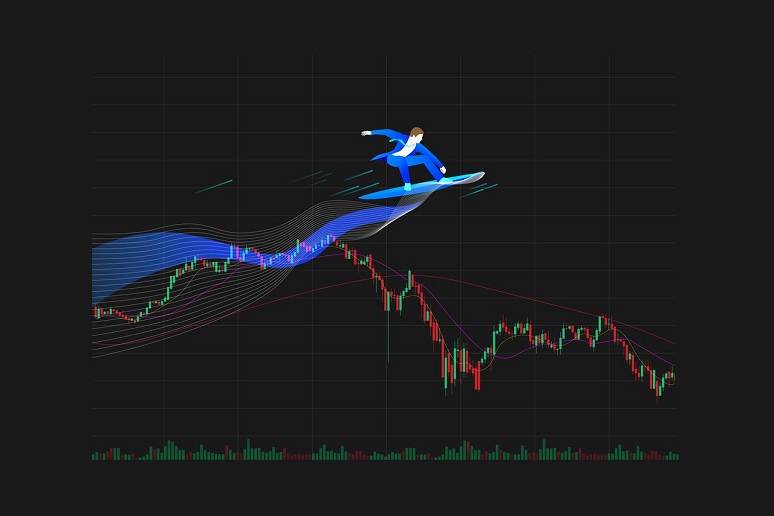 Image: yokie - stock.adobe.com
Longtime tech industry veteran Rory Read joined Vonage about a year ago, ready to ride the wave forming around communication and conversational platforms, as he shared in a recent interview with No Jitter. Having ridden out the rise of client/server architecture, the Internet, mobility, and cloud computing, you might say he knows how to pick a good one.
With these as the foundation, Read said he looks to a future “where every industry, every workflow, every application is going to engage with customers in a new and unique kind of way.” The technology wave forming today around communications and conversational platforms will lead to explosive growth over the next three to seven to 10 years—and it’s his intent to make sure Vonage is well-positioned to take advantage, he added.
Toward that end, Read said he sees 2021 as a year for shoring up operations. Next year and beyond will be about product development, he said.
Identifying Weak Spots
When Read joined Vonage, he found passionate employees and customers, as well as a solid product portfolio, he said. But he also discovered some disconnects — specifically between how and to whom Vonage marketed its products, he said. The products haven’t “always been applied to best fit,” Read said.
Vonage also struggled on execution, Read added. “Sometimes we've said we were going to do things, and maybe they didn't happen as quickly as we thought they were going to or maybe in the timeframe [we] wanted,” he said. To address such problems, Read immediately focused on building a culture around “I do what I say, and I own what I do … [for] partners, customers, and shareholders,” he said.
Operational analytics was another weak spot, Read said. “If the company was an airplane, it flew with three or four dials of instrumentation,” he described. Now, Vonage has about 20 dials and is better able to understand the best market fit for its products, how to invest its sales and marketing dollars, and where it’ll see the return, Read said.
As evidence that this re-instrumentation is working, Read pointed to improvements in its Rule of 40 numbers. For SaaS companies such as Vonage, the Rule of 40 is a measure of profitability and growth. Since he started at Vonage, the score has jumped from 10 — which “isn’t a very good number” — to 23, and the company is on track to hit the “mid-20s next year, and 30 the year after that,” Read said.
Specifically, Read cited “high single digit” growth for its UC, collaboration, and contact center lines, “heading into double digits next year,” and 40% growth in its API business. Vonage is “about halfway through this transformation,” he added.
Pushing on APIs
As Sheila McGee-Smith, founder of McGee-Smith Analytics and frequent No Jitter blogger, wrote in a recent No Jitter article, Vonage's communications APIs have been a key differentiator, particularly given the rise of the composable enterprise. As Vonage continues its transformation, look for its API portfolio — comprising not only communications APIs but also APIs for authentication, management, and programmable numbers — to become even more important. “We want to drive an API-first mentality,” and toward that end, Read said, Vonage is investing in what he and his team internally call “Project Magneto.”
The goal of this project is “to knit all of our APIs together so that there’s common orchestration, common working so we can scale,” he said. With a “platform of APIs,” Vonage will be better able to upsell and cross-sell, he added.
Beyond Project Magneto, Vonage will continue updating the piece parts of its API portfolio, Read said. Expect more capabilities for voice and video APIs regionally, for data protection; work on verification and compliance that will take its messaging APIs “to the next level,” Read said.
Expanding UC & Contact Center
Of course, pushing UC, collaboration, and contact center into double-digit growth won’t come without product advancements, either.
For example, Vonage hopes to move beyond its UC sweet spot of SMB and smaller multilocation enterprises by enhancing its billing and reporting capabilities, Read said. “We want to have all enterprise capabilities,” Read said, noting that deliverables will be available next year. And, for contact centers, expect Vonage to “double-down with Salesforce,” he said. While Read didn’t provide details, he called out the Vonage Contact Center for Service Cloud Voice integration, announced in July and now available on Salesforce AppExchange, as a “huge opportunity.”
In key product areas, Vonage already has increased investment in R&D upwards of 50%, and Read said he’s looking to see if he do that again next year. Building a communications platform that will “enable customers to create a full, rich experience of engagement … is not going to happen overnight,” said Read, noting the acquisitions for APIs (Nexmo), contact center (NewVoiceMedia), and video (TokBox), Vonage has made over the years. For enterprises, this communications evolution will take years, starting with the transition from on-premises systems to the cloud, encompassing the integration of UCaaS and CCaaS and the incorporation of AI, and ultimately resulting in the ability to support virtual continuous conversations, he added.
Circling back to his wave analogy, Read concluded: “If we were surfers, we’d be paddling up the backside of this wave. It’s not even crested yet … but this wave is building, and I don’t want to miss it. … We’re going to rid that giant wave.”
Hear from Read yourself at Enterprise Connect 2021, Sept. 27-29, in Orlando, Fla. Read will be on hand to deliver an industry vision address, and you can also visit Vonage in the exhibition hall. As a No Jitter reader, use the code NJAL200 to save $200 off the current rate when registering here.