Six and a half months since filing for bankruptcy, Avaya today announced that it has entered into a plan support agreement (PSA), with a commitment from a critical group of first lien debt holders; revealed its intent to emerge from Chapter 11 as a public company; and gave notice that Jim Chirico, Avaya COO and global sales leader, will assume the position of CEO and join the board of directors, effective Oct. 1. Current CEO Kevin Kennedy will retire from that role, as well as from his board position, but remain as an advisor to the company. 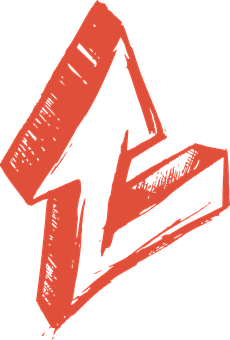 Specifically on the PSA, the company said it has entered into a PSA with certain debt holders, including some organized into the Ad Hoc First Lien Creditor Group. These creditors represent more than 50% of the outstanding first lien debt, Avaya said in its press release.

In addition, Avaya acknowledged that it will be transferring certain pension obligations -- as held under the Avaya Pension Plan for Salaried Employees (APPSE) -- to Pension Benefit Guaranty Corporation (PBGC), a federal agency.

Avaya has outlined the terms of these agreements in the new plan of organization and revised disclosure statement it has filed with the bankruptcy court. Interestingly, Avaya's original plan for reorganization called for a $4 billion reduction in debt. This time around the debt reduction stands at "more than $3 billion from pre-filing levels," the company stated. On the face of it, that means less debt payment relief than originally hoped.

The Avaya PSA press release contains a lot of information. Here are some of the salient points, and their implications, as I discussed with Avaya Treasurer John Sullivan (and you can find more in this customer FAQ):

1) First lien debt holders receive payment before all other debt holders, and have the legal right to seize property from a borrower -- Avaya in this case -- that has failed to repay the creditor. Having the majority of that debt in a binding agreement essentially removes from consideration the Nortel-like scenario of selling off corporate assets to cover the debt.

3) Avaya has agreed under the PSA to initiate the steps necessary to enable it to emerge from Chapter 11 as a public company, and to become listed on a major stock exchange. After 10 years as a private company, Avaya will be publicly traded once again. This seems to be a bid for an even greater level of oversight and transparency than already achieved in the company's regular filings with the Security and Exchange Commission.

What does all of this mean in terms of overall timing?

Avaya is due back in court on Aug. 23 to present the PSA and amended disclosure statement, as stated in the release. Should the court approve the amended statement, Avaya would then be able to begin soliciting votes from creditors on the plan. Approximately 45 to 60 days after the amended disclosure statement hearing -- and with the receipt of the necessary creditor votes -- the court would hold a confirmation hearing. At that hearing, the court could confirm the amended plan, setting in motion Avaya's emergence from Chapter 11.

If the stars align for Avaya in terms of approval and voting, the company could emerge from Chapter 11 in mid-October.

In a separate press release, Avaya announced preliminary results of $802 to $804 million in revenue for its third-quarter fiscal 2017. This is down 9% from third-quarter 2016's $882 million in revenue, but flat from second-quarter 2017. "We consider our sequentially flat revenue a strong indicator of the fact that Avaya continues to win business and serve our existing customers effectively, even as we continue to navigate the chapter 11 process," Avaya stated.

As the Avaya Chapter 11 process has unfolded over the past few months, outgoing CEO Kennedy and others have made comparisons between it and Aspect's 2016 filing. So how does Avaya's announcement of a PSA that covers more than half of the debt of the first lien loan claim holders 196 days after filing for Chapter 11 compare to Aspect's process?

Aspect filed a PSA the same day it sought Chapter 11 protection, on March 9, 2016. One-third of the holders of first lien claims, accounting for 94% of the debt, supported the PSA. Aspect's PSA also covered 42% of holders of second lien claims. Avaya's PSA today does not cover second lien holders. Aspect emerged 79 days after filing both Chapter 11 and the PSA. In the best-case scenario, Avaya emerges 250+ days into the process.

In March 2016, I wrote a No Jitter post titled, "Why Aspect Isn't Another Nortel." While Avaya's process certainly hasn't been as seamless as Aspect's, today's report of progress toward emergence from Chapter 11, perhaps within the next 60 to 90 days, leads me to conclude that Avaya won't be another Nortel either.

Editor's note: This article has been update since original posting.