Bridging the Digital Talent Gap with Low Code, No Code

As “new, now, next” becomes the norm, technical teams are looking to bring more people into developer roles and expand skill sets. 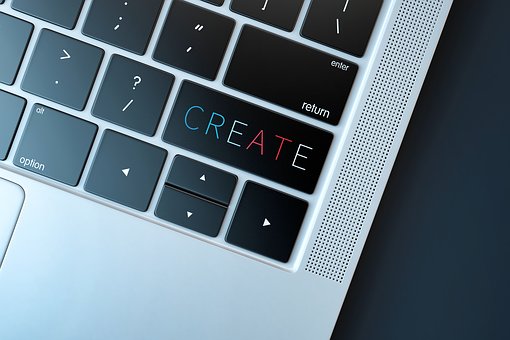 Success in the digital era often means disrupt or be disrupted. With the speed of innovation always on the rise, customers in every industry expect the latest, greatest features and updates at their fingertips -- which means modern businesses are expected to ship and deliver more products, more quickly, than ever before.
But as “new, now, and next” becomes the default expectation in every industry, technical teams are finding it harder than ever to keep up with the rapid pace of change. As it is, engineering and developer teams are already stretched thin. And, with the amount of time and effort that goes into maintaining current systems to keep them working and up to date for existing customers, the technology team has less and less time for creative coding or doing the deeper work needed to innovate and drive the business forward.
As demand for innovation grows, so does the demand for talent, and right now, there just aren’t enough software engineers to bridge the gap. For nearly a decade now, software engineers have appeared on the annual list of hardest-to-fill jobs in the world. And, despite ongoing education programs, coding camps, and an uptick in STEM learning and development initiatives, the reality is, technology is often changing faster than we’re able to reskill the trained engineers we already have. Research suggests IT teams spend less than half of their time innovating for the business, and just 29% of IT departments rate their ability to keep pace with technology as excellent.
But, as counterintuitive at it might sound, easing the burden on developers isn’t just a staffing issue that’s solved by adding headcount, or investing in costly learning and development programs to break through IT project backlogs. Instead, businesses are turning to low-code and no-code solutions to bring more people into the world of software development and reskill those who are already in developer roles.
By automating flows through a drag-and-drop interface, developers can quickly wire up cloud communications capabilities, freeing themselves from maintenance and mundane tasks so they can focus on deeper work that moves the needle and results in industry-changing innovation. In turn, intuitive and easy-to-use interfaces make it possible for non-technical teams to try their hands at building their own communications workflows: no coding experience necessary.
Empowering “citizen developers” expands the definition of who a developer is and what they can do, which comes with another benefit: diversity of thought. Low-code, no-code enables businesses to broaden out beyond their go-to groups of developers and engineers and pull in creative thinkers from every corner of the organization. When users who need a specific type of functionality are the ones who design the workflow that delivers it, creative solutions can be discovered and released more quickly -- instead of queuing up and stalling out in the already-overfilled development cycle.
The benefits of low-code, no-code are no longer in beta. They’ve moved beyond the hype. Case in point, U.K.-based startup DrDoctor uses low-code, no-code technology to build its appointment management system -- so patients can confirm, cancel, and make changes to their scheduled doctor’s visits, all on their own. With on-demand communications expected on a multitude of channels anytime, anywhere by more and more consumers, there’s no end to the ways low-code, no-code can drive efficiency for modern enterprises -- from SMS alerts to voice and messaging apps.
Low-code, no-code technology is accelerating app delivery, clearing up backlogs at a faster clip, igniting innovation, and empowering a citizen developer workforce -- all without a significant learning burden for employees or financial hit on the organization. And that’s a good thing. After all, the less you need to “ask your developer,” the better -- because, they have better things to do.