Private equity firm's plan is to create global leader in compliance and archiving.

Investment firm K1 Investment Management last week announced it has acquired communications compliance, archiving and analytics company Actiance. K1 already owns Smarsh, a provider of archiving and compliance solutions for e-discovery and risk management. You might see where this is going...

Moving ahead, K1 plans to merge Smarsh and Actiance, forming what it calls a "global compliance and enterprise information archiving leader," Actiance and Smarsh executives told me in a briefing on what this new entity may look like, what strengths each company brings to the table, and strategy moving forward. 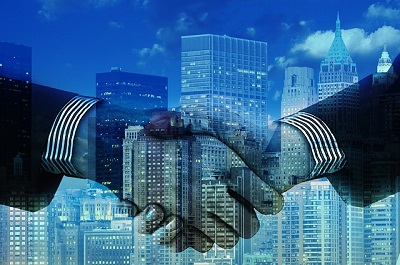 The combined company will serve more than 6,500 financial services firms, including the top 15 global banks; government agencies; and organizations in healthcare and other regulated industries, K1 stated in the announcement press release. While Actiance has focused on the large enterprise, Smarsh has targeted mid-market companies.

Smarsh has been investing in mobile device compliance, for tasks like archiving text messages, while Actiance has its strength in social media communications compliance, Stephen Marsh, Smarsh founder, chairman, and CEO said. "As you drill down you find some really unique characteristics in both firms," Marsh said.

In fact, as Actiance and Smarsh began to explore synergies, even they were surprised by the complementary capabilities in their respective portfolios and customer bases. A lot of mutual customers mix Actiance compliance and Smarsh archiving today, for example, Kailash Ambwani, CEO and president of Actiance, said. The goal with combining the companies is to enable "a lot more of that cross-pollination," he added.

K1 did not disclose terms of the Actiance acquisition, nor did it set a firm merger timeline. Ambwani and Marsh were frank in saying they don't know yet whether they will be releasing a new company name or merging product portfolios.

"These are early days," Ambwani said. "The first priority is continuing growth and over the next few months we'll work out the details."

Ultimately, the execs agree that a merger will better serve their customers in navigating the evolving compliance landscape and staving off potentially heavy fines. As Smarsh has seen in its surveys of U.S. financial firms, noncompliance fines in financial services have increased more than fourfold in the last year. "Expectations continue to increase and become greater," he said. "It used to be good enough to have an email archive, then you had to be supervising employees, and now an exam might ask for all channels."

And things aren't going to stop changing anytime soon; it's the nature of regulated industries to evolve regulations to keep up with the times. One example of this is Financial Industry Regulatory Authority (FINRA), updated in 2016 to require organizations to expand the archiving and compliance mandates they already follow for email to all communications channels.

Ultimately, Marsh said, the merger is about giving customers flexibility in deployment model and providing coverage for all communications types they need to address -- "the best of both worlds."