Wireless With One Eye Blind

Enterprise users need to consider cellular and Wi-Fi, the two most important wireless technologies for them, in any new initiative.

The whole idea of being "technical" is that we technologists are supposed to understand how things work. This type of expertise is important when businesses are examining the available options, to address a requirement and select (or, more often, recommend) the most reasonable and cost-effective solution. That's particularly true today as organizations investigate Internet of Things (IoT), vehicular communications, and other leading-edge wireless applications.

That "reasonable" term is inherently difficult to nail down -- volume often drives price changes, which in turn impact cost-effectiveness. Whatever the environment, the technologist's job is to ensure that the buyer considers all available options, along with their strengths and limitations, in order to make a sound business decision on how to proceed.

In wireless, that happens about one time in 10. That's because precious few people really understand even one wireless technology, much less the full range of available technologies. Hence we're left with a number of overzealous hammers, each focused on its own particular nail. 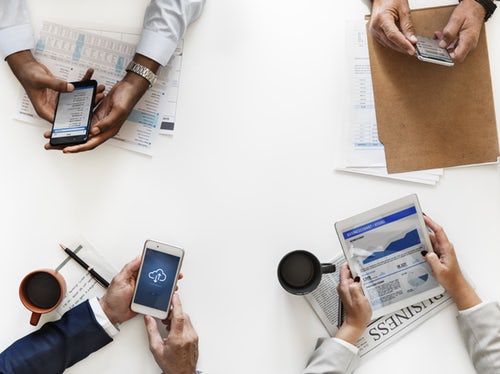 For enterprise users, the two most important wireless technologies today are cellular and Wi-Fi. There are lots of others, including satellite (GEOS and LEOS), land mobile radio (the lower-frequency push-to-talk radios used by first responders and others), fixed wireless, and others, but they affect only a small slice of enterprise buyers.

Staying on top of wireless is a challenging endeavor, as engineers continue to develop more and more elegant enhancements for each of the available technologies. Business decisions involve lots of factors, some of which will (or, at least, should) include estimates or predictions of what the future will hold. Ours is a game in which betting on the right horse -- i.e., the technology that achieves mass-market status and hence has lower production costs -- is a key part of the decision process.

Rather than pursuing a holistic view about which technology to base our prediction, the wireless industry comprises separate camps, each championing one or another technology. To me, as a longtime technologist, this type of insularity and close-mindedness is totally foreign and fundamentally backwards. The unfortunate result is that the decision breaks down to an us-versus-them exercise, with each side spouting arguments against the other that often are unsubstantiated or just plain wrong.

In terms of simply understanding one's own technology, the Wi-Fi industry wins hands-down. While the original IEEE 802.11 standards released in 1997 were fairly rudimentary, the developers have gone on to boost the raw transmission rates from 11 Mbps to higher than 1 Gbps, with 802.11ac, while adding vastly improved security (WPA-Enterprise) and quality-of-service capabilities (Wi-Fi Multimedia, or WMM).

Looking at the soon-to-be-released 802.11ax standards, we see yet another boost in raw speed, as well as a number of subtle enhancements to the Layer 2 protocol and channel access mechanisms aimed at addressing performance improvements from an entirely different angle.

Enterprise network engineers are by necessity more invested in understanding Wi-Fi. They need to know what's going on because they're building their own private wireless networks and need to be clear on what that network can and can't do. But while the Wi-Fi mechanics have gotten far more involved, your Wi-Fi sales engineer will typically be able to tell you what's going on and why.

That's clearly not the case when we get to cellular technologies. I've been unimpressed with the level of technical understanding I've found in virtually every cellular rep I've ever encountered. You're probably better off delving into the mysteries of cellular with your two-year-old niece than talking to your cellular rep about them.

And it's not just the sales force. I recently asked the VP for network engineering at one of the majors to explain the fundamental advantage of massive MIMO (one of the big initiatives this carrier was touting) and how it related to traditional MIMO. I'm still looking for an answer.

Cellular network protocols are significantly more complex than what we find in Wi-Fi, but technologists still need to break them down into easily digestible elements so business people can understand the issues and make intelligent, informed decisions. It's also important that we use analogies that accurately reflect what's happening and why it's important.

I've met a lot of people who understand the ins and outs of cellular in infinitesimal detail, but they all work for companies like Ericsson, Nokia, and Qualcomm. In other words, they work at the companies that make the stuff, not the bunch out there selling it.

The funny thing is that while the cellular guys haven't a clue how their own networks work (and even less about Wi-Fi), they all have strong (and universally negative) opinions on Wi-Fi that they'll share at the drop of a hat. Many of these seem to deal with security, though I've not heard any meaningful substantiation. That might be because the Wi-Fi camp addressed the main security problem with 802.11i, released in 2004.

In the meantime, compared to Wi-Fi the cellular protocols have some real advantages, in terms of bandwidth efficiency (i.e., how many bits you can put on one cycle of radio bandwidth) and features for authenticating roaming users, effecting handoffs, and managing inbound (i.e., device-to-base station) transmissions. But don't bother asking your cellular rep what they are unless you're into meaningless babble and fairy tales.

On a Collision Course

The unfortunate reality is that these two technologies are colliding. Carriers are already overflowing both data traffic and voice calls onto Wi-Fi networks. The process addresses the non-existing security issue by encapsulating the cellular protocol and its encryption. At the same time, as I've written previously on No Jitter, most of the cellular operators are introducing the use of unlicensed frequency spectrum, initially the 5-GHz U-NII bands, making their transmissions a potential detriment to 5-GHz Wi-Fi networks. In short, if carriers use this approach, their traffic could wind up on a channel that you're using in your Wi-Fi network -- and then watch your available capacity on access points using that channel drop by about half.

With new applications like IoT, Industrial IoT, and vehicular communications (vehicle-to-vehicle and vehicle-to-infrastructure), we'll find an increasing number of instances in which designers will have to choose between a Wi-Fi or a cellular-based solution. "Insularity" will not help in those efforts.

What this means for buyers is that you had better be equipped with your own expertise when dealing with these important wireless decisions. It's not that we "experts" have an infallible crystal bell, but at least we know what the words mean.