Things are heating up and acquisitions are on the uptick, with more on the horizon.

At Wainhouse Research, we've noted increasing pressure on the channel caused by a combination of changing user expectations, ongoing price and margin reductions, and increased competition from existing and new market entrants. We've expected consolidation within the channel for quite a while, yet it's been slow to come - until recently.

Just this week, top player AVI-SPL picked up the pace with its acquisition of Canadian integration firm Sharp's Audio Visual, which is headquartered in Calgary with eight locations across six provinces.

Sharp's AV has been in business for 94 years, with locations now in Victoria, Vancouver, Edmonton, Saskatoon, Toronto, Ottawa, Montreal, and Halifax. Sharp's AV also focuses on the design and integration of AV systems, and is the leading Microsoft Surface Hub authorized reseller in Canada.

With this acquisition, current Sharp's AV customers will now have access to AVI-SPL's 24/7 help desk support plus new remote monitoring and management capabilities via AVI-SPL's Unify ME Symphony platform.

For those of you keeping track, less than 12 months ago AVI-SPL acquired Anderson Audio Visual, a move that helped AVI-SPL expand and solidify its presence in California, Texas, and North Carolina. And almost a decade ago, AVI-SPL itself was formed via the merger of Audio Visual Innovations (AVI) and Signal Perfection (SPL).

The takeaway from this recent activity is that AV powerhouse AVI-SPL continues to expand its global footprint and coverage area. 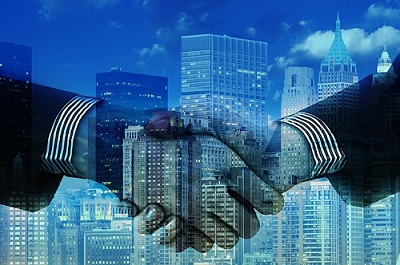 Founded in 1998 in Norway, Viju has more than 250 employees distributed across offices in Norway, the U.K., Scotland, the U.S., Singapore, and the Netherlands. On the surface, Viju may seem like a good sized, but somewhat typical VC integrator, but this is not the case. Viju's focus is on efficiency and resource optimization, using a combination of cloud services and a process-driven mentality to drive cost and stress out of video conferencing.

Founded in 2007 in the Netherlands, VisionsConnected is a leading video conferencing (and now UC) managed services provider focused on providing a "hassle and stress-free meeting experience." From its offices in Amsterdam, Belgium, Luxembourg, Germany, the U.K., Norway, and the U.A.E, the company's 70+ employees offer video conferencing services to customers in more than 120 countries. VisionsConnected sells both direct to end-user customers and via a network of partners.

The combined company will have its headquarters in Amsterdam, and will serve customers in 120 countries from offices throughout EMEA (a stronghold for these firms), the U.S., and the APAC. Viju CEO Odd Sverre Østlie will lead the new company as CEO, with VisionsConnected CEO Raymond Alves serving as chief solutions officer. Østlie's mission includes growing the new company organically and through additional acquisitions. A new brand for the integrated operation will launch in 2018, the companies announced.

The takeaway with this development is that two leading and innovative VC-centric firms have merged to form a top-10 (at least based on top-line revenue) player in the AV/VC marketplace.

Even after these deals, the VC/AV channel remains extremely crowded. This is especially true for the video managed services (VC MSP) and video-conferencing-as-a-service (VCaaS) segments where hundreds of resellers and providers battle every day for enterprise contracts.

We at Wainhouse Research expect to see even more mergers and acquisitions in the future as channel partners struggle to differentiate themselves in a challenging business environment, so stay tuned and keep your seat belts fastened at all times.