Differences over the status of the companies’ longstanding video technology partnership have landed them in a legal fight. 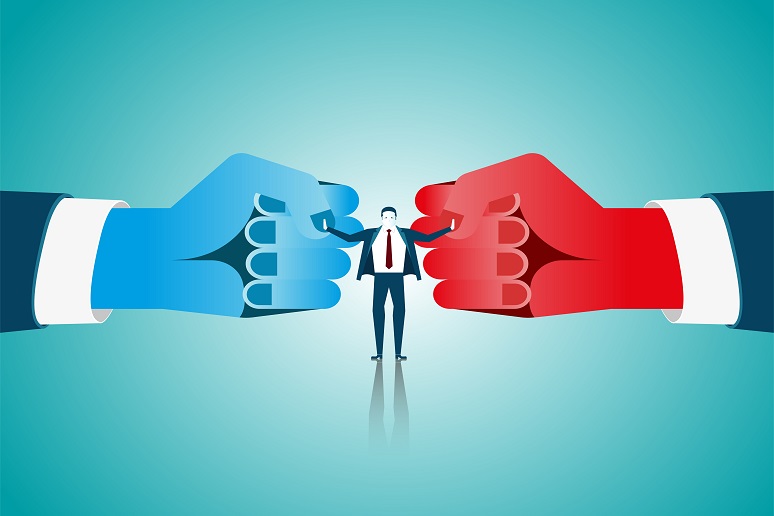 Image: zenzen - stock.adobe.com
Editor's Note: This article has been updated since original posting to include Zoom's latest response; for latest development in the case, click here.
In the latest in an unfolding legal fight that surfaced last week, RingCentral has received a temporary restraining order against Zoom from the U.S. District Court for the Northern District of California, with which Zoom had filed a pleading that demanded a jury trial to address whether RingCentral has violated terms of their longstanding partnership agreement for resale of the Zoom videoconference service as its branded RingCentral Meetings offering.
With the order, RingCentral said, it received affirmation that it can continue selling RingCentral Meetings powered by Zoom.
However, a Zoom spokesperson countered: "The court issued its temporary order before Zoom had an opportunity to respond and it remains in place only until the matter can be heard next Thursday. We remain confident in our position and look forward to making our case and resolving this issue through the court system.”
Portions of Zoom’s filing are redacted for confidentiality; however, it’s apparent that Zoom considers that the nature of the seven-year relationship has changed enough as to warrant its right to terminate the agreement, a step it attempted to take in July 2020. The complaint states, “Despite repeated requests from Zoom that it stop, RingCentral has continued unabated to market and resell Zoom’s products to new customers,” while using the Zoom trademark in that effort.
The complaint further states that “RingCentral has invoked confidentiality and non-competition provisions in the agreement to contend” that 1) Zoom cannot address the issues either publicly or with employees and 2) that Zoom is barred “from competing for RingCentral’s customers” per terms of the agreement.
In the complaint, Zoom questions why RingCentral continues to sell the Zoom service since introducing a native video offering, RingCentral Video, in April 2020: “If RingCentral truly believed its video product was a quality replacement for Zoom’s product, then it would transition all of its customers with no further delay. Its failure to do so reveals that RingCentral believes the opposite to be true; Zoom’s products are the best in the market and provide the features RingCentral’s customers desire.”
Furthermore, the complaint states, “RingCentral is engaged in a “classic bait-and-switch … dangling Zoom in front of potential customers to lure them into signing multi-year contracts.”
In a statement about the filing, a Zoom spokesperson wrote: “Given that RingCentral rebuffed our request to honor the terms of our contract and the winding down of our relationship, we have been left with no choice but to turn to the proper legal channels to stop them from selling our service to any new customers.”
For its part, RingCentral’s official response to the filing is that it “disagrees with Zoom’s reading of the agreement and intends to vigorously defend its position.” Further, RingCentral attributed Zoom’s decision to file a complaint as being “motivated by fear” over the traction gained for its integrated Message Video Phone (MVP) platform and “the quality of RingCentral Video and the fact that it has the potential to fundamentally disrupt Zoom’s core business by offering free unlimited video meetings with no 40 minute limit.”
RingCentral’s response continued:
“As a consequence, Zoom is attempting to restrict customer choice and to hinder competition. The plain truth is that Zoom cannot offer an integrated MVP experience, and restraining RingCentral from using RingCentral Meetings (RCM) during the contractually agreed time period would limit customer choice. While even Zoom does not contend that our existing customer base is in any way impacted by this dispute, the lawsuit attempts to obstruct RingCentral’s efforts to complete the transition of its customer pipeline to RingCentral Video (RCV) -- a transition that is already well underway.
We believe in fair competition, putting the customer first, investing in innovation and letting the market decide. Zoom’s actions show that it does not. We will remain focused on what our customers need, and we want our customers to know that nothing has changed in our agreements with them.”
In reviewing the filing, telecom attorney Martha Buyer, a frequent No Jitter contributor, said that while redacting isn’t unusual for competitive reasons, the redaction here is heavier than is typical. This makes it more difficult to fully ascertain all that might be involved in the case.
“Without seeing the underlying documents, it’s tough to know what’s really going on here,” Buyer concluded. “But when two relatively young but strong bucks lock horns, the fur — and antlers — tend to fly.”