VC Firm Decibel to Give Cisco Innovation Sounding Board

This independent entity will focus on early state investments, giving Cisco view into the future of technology. 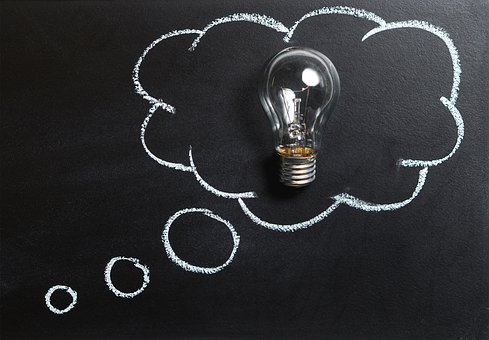 Cisco today announced the creation of Decibel, an independent venture capital (VC) firm that will focus on early stage investments as a differentiator from the company’s existing traditional funding arm, which works with later stage companies and is a division of the mothership.

Jon Sakoda, who Cisco wooed away from New Enterprise Associates in October 2018, will lead the firm as founding partner. Decibel is unique in that it’s the first early stage VC firm co-created with a major technology vendor that’s run independently of the parent company.

This independence is key, allowing Decibel to execute its own investment strategy, fund operations, and portfolio management. The benefit of Cisco’s involvement is that the alignment will give the early stage companies access to company executives, customers, and partners without having to compromise any intellectual property or worry that the company might take the ideas and go build a competing product.

With decades of investments behind it, Cisco has built up a level of trust that provides startups comfort knowing that they won’t be undermined when working with the company. And given that many entrepreneurs view large vendors as being slow and difficult to work with, the independence from Cisco is critical. Cisco has historically walked this line very well. The structure of Decibel is aligned with needs of early stage companies, some of which are just ideas.

The traditional Cisco investment arm has been quite prolific over the years. Sometimes it ends up acquiring some of the companies it’s invested in, such as Duo Security and CliQr Technologies. Others end up part of its competitors’ portfolios. Mist, which Juniper Networks is in the process of acquiring, and VeloCloud, purchased by VMware, are a couple of examples. Then there are companies like CafeX Communications and Cohesity -- still independent and growing nicely. With so much success, why change?

As successful as Cisco Investments has been, it’s always catered to mid and late stage vendors, where the risk is lower but so is the investment horizon and payoff. These are vendors with existing customers, well-defined markets, and shipping products. Rob Salvagno, head of corporate development and Cisco Investments, told me in a pre-briefing that in 2015 CEO Chuck Robbins challenged the group to move faster and execute stronger, so the strategy needed augmenting.

The investment window for the existing portfolio is in the three- to five-year range. Decibel will focus on companies that will be disruptive in eight to 10 years. This will give Cisco another lens to watch the market through and enable it to make better decisions, drive faster innovation, keep ahead of the industry, and meet its own transformational goals. The risk funding these type of companies is greater, however, as the survival rate for angel-invested companies is much lower than those in mid to late stage development. But indeed, if Cisco wants to move faster, as Robbins has repeatedly stated, than it needs to make more bets that are riskier in nature to achieve higher payoffs.

The value to Cisco is high, but what’s it in for the startup?

As mentioned, the mortality rate for “two guys in a garage” or the student in her dorm room with a billion-dollar idea is very high. Working with Cisco can minimize this risk. Cisco has made more than 200 acquisitions in its history and the company is full of people who have founded and gone through the grind of building companies. This creates a natural network of founders who can provide advice and best practices to those entrepreneurs who might be new to this world. Also, Cisco can introduce the companies Decibel takes a stake in to some of the most innovative partners and businesses in the world to help validate ideas or shape direction.

Cisco declined to disclose how big the investment fund would be, but this CNBC story from last October states that the company will be the primary investor in a new $500 million investment fund run by Sakoda. did tell me it would be looking to invest in about five to 10 companies per year. Given the nature of these companies, I would estimate the dollars at play to be at most $20 million, with most being under $5 million.

Raising capital in the tech community has never been easier, so it’s an interesting time. In addition to the numerous established VCs, many tech millionaires have started funds and crowdfunding serves as an alternative channel. What isn’t easy to get is help in shaping a product and understanding where early stage companies fail and what makes them successful -- and Cisco can bring that in spades.

Cisco will benefit from the view of the future Decibel will provide it, while the entrepreneurs gain from access to capital as well as some of the most talented and innovative people in the tech industry.