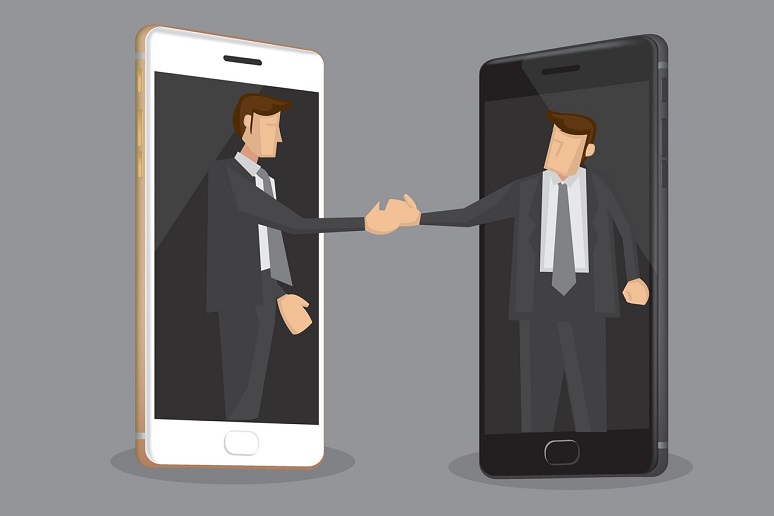 Image: Yeow Hui Ho - Alamy Stock Vector
Welcome to the latest edition of the No Jitter Roll. Today, Zoom and RingCentral reach a mutual agreement in their legal battle. Plus, Neat reveals product features and updates, while Voximplant introduces a beta version of Avatar, an out-of-the-box natural language processing bot for automated omnichannel communications.
Zoom, RingCentral Withdraw From Legal Proceedings
Zoom and RingCentral reached an agreement this week, banging the gavel on their legal squabble, which began over RingCentral's continued use of Zoom's videoconferencing technology following Zoom's decision to end the partnership. Both companies have agreed to collaborate as RingCentral transitions its existing customers from RingCentral Meetings to RingCentral Video. The transition fully supports RingCentral Meetings Customers, and “We are pleased to have resolved this matter in a way that allows the parties to continue the wind-down of their partnership,” Jeff True, General Counsel at Zoom, said.
Also: Zoom dipped its toes in the contact center pool with the release of Zoom Contact Center, a CCaaS offering that integrates an omnichannel contact center directly into the Zoom platform. Zoom Contact Center is generally available in the U.S. and Canada. NoJitter contributor Dave Michels points out the video-centric move “could unlock a broader market of non-traditional contact center use cases,” while Zeus Kerravala says this move demonstrates Zoom is “a communications platform company, with the video-based UC products being its flagship product.”
Neat Reveals Product Features, Updates
Video device provider Neat revealed firmware updates for its devices, including the Neat Pad, Neat Bar, Neat Board, Neat Bar Pro, and Neat Frame. The updates include:
Color-blindness corrections on the Neat Bar and a high-contrast mode for accessibility considerations. Neat also added Neat Frame support for Zoom Rooms (v5.9), as well as the ability to transfer meetings between devices, display attendees’ preferred gender pronouns, and provide a meeting gallery view by default.
Users can increase their camera Zoom and activate accessibility features via the Neat system settings. Other improvements include bug fixes and known software issues. This announcement follows on the heels of Zoom's second investment in the company.
Voximplant Introduces Out-of-the-Box NLP Bot
Cloud communications platform provider Voximplant introduced a beta version of Avatar, an out-of-the-box natural language processing bot. Avatar enables developers to build a voicebot that delivers more “human-like interactions for customers.”
The natural language-processing bot categorizes customer phrases based on predefined intents, pulls out structured data such as numbers and dates, then translates that data into a machine-readable format. The customer information then goes through scenario processing, where Avatar determines how to respond to the question and whether to pass a request for attention to the enterprise’s CRM.
Developers can also create a voicebot in five steps, which may come in handy as the demand for conversational AI in the contact center increases.