UCaaS on Track to Capture 50% of the Whole PBX Market

According to a new survey by the Eastern Management Group, UCaaS is now the fastest-growing telephony system in enterprises with 300 or more employees. 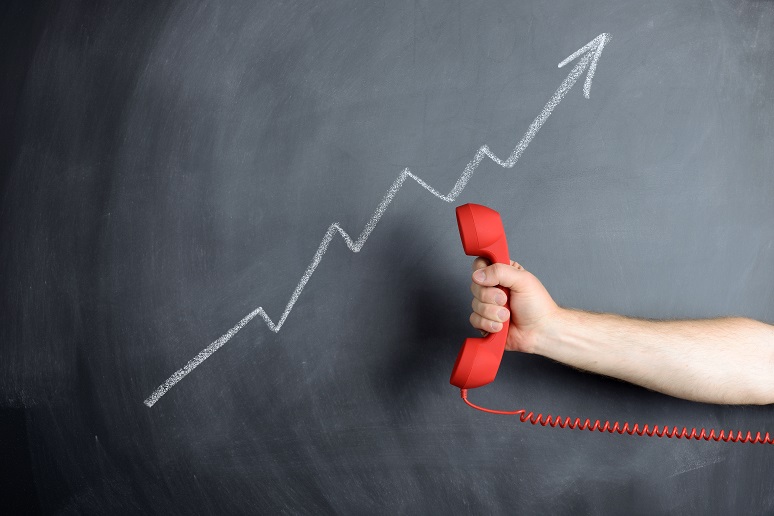 Image: Rob hyrons - stock.adobe.com
The latest Eastern Management Group report, “Worldwide Hosted PBX Market 2020-2027,” has plenty of good news for enterprises and providers.
Hosted PBX, the report finds, is no longer the tiny houses solution for businesses. An analysis of 2019-2020 sales made in the U.S. has hosted PBX piling up 40% of all PBX system purchases by mid-market companies and 20% by enterprises. The 2020 survey of 4,000 IT managers reports hosted PBX is the fastest growing business telephony system acquired by businesses with 300 or more employees.
Companies buying a new small PBX from 1-25 seats turned to UCaaS 33% of the time this past year. In 2018 it was 30% and 24% in 2017.
In 2010, hosted PBX was only 4% of all phone systems shipped. Now it’s 28%. During our forecast period (2020-2027), UCaaS will increase market share by an additional 30%. It’s on a trajectory to someday conquer 50% of the PBX market.
Don’t hang crepe for premises PBXs yet. Half of all mid-market and enterprise sales last year were for premises PBX systems. Without a doubt, the market for these PBXs needs better understanding, research and development attention, current business plans, targeted marketing, and a mission for everything above the 100-seat level. While I wouldn’t write off the business anytime soon, the days of premises PBX hegemony are behind us.
Where will UCaaS growth lead the large customer?
By 2022, hosted PBX will account for the majority of calls at 18% of all businesses worldwide. It’s 16%, in EMEA, and a whopping 23% in the U.S.,with Canada lagging well behind.
It’s not only new customers pushing up UCaaS seat sales; everyone is. As the chart shows, 53% of all hosted PBX customers will add five to more than 10% new seats annually to their existing UCaaS systems.

Robust seat sales are good, though not unexpected news for UCaaS providers. Last year, IT managers sent seat sales soaring 15-30% at hosted vendors like Mitel, RingCentral, and Vonage. Several cloud vendors have far more than a million installed seats - while Cisco boasts twenty-odd-million.
Is your enterprise in the sweet spot?
There is substantial UCaaS market penetration in all 20 vertical industries. Three verticals markets with the most UCaaS customers are professional services, communications, and healthcare-life sciences. As telemedicine experiences explosive growth, the portion of businesses with UCaaS in this vertical should soar skyward from today’s nine percent of all hosted PBX sales.
Other vertical markets with deep current UCaaS penetration are construction, engineering, education, retail, and automotive, fairly in that order.
Three companies worth watching
Hosted PBX is increasing market share in the mid-market and enterprise. Here are three companies where premises PBXs are ceding ground to UCaaS:
Avaya - Avaya and Cisco have long dominated the premises PBX enterprise market. Now, with a special RingCentral relationship, Avaya is a UCaaS player to observe.
At the upper reaches of the market, RingCentral should permit Avaya to share the reins of product development and enterprise distribution.
Cisco - Hosted Collaboration Solution (HCS) is Cisco’s next-generation UC and collaboration platform. It is a carrier-grade cloud-based solution built for mid-market and enterprises. HCS is designed to be sold by tier-one carriers to its largest customers.
HCS offers a managed option for customers that want to outsource the management of their UC applications to a carrier.
Mitel - With a relatively new CEO, Mitel will continue its advance from an installed base of more than 5 million all cloud seats. Our study shows a quarter of Mitel’s cloud customers have more than 300 employees; this is a leading position for Mitel to be in selling to mid-market and enterprise customers.
Despite extraordinary growth, UCaaS still holds title to a small percent of the overall PBX installed base in all world regions. With so much hosted PBX runway lying ahead, there’s plenty for customers to look forward to and opportunity for UCaaS providers to savor. From here, the question is, will hosted PBX ultimately control 50% of the entire PBX market comprised of premises and cloud? At this time, the odds are favorable.
For information about the Eastern Management Group report, "Worldwide Hosted PBX Market 2020-2027" - a study of 47,000 companies, or issues raised in this post, please ask our researchers or John Malone directly at [email protected].

To learn more about the future of UCaaS providers, attend the Enterprise Connect Digital Conference & Expo 2020 taking place online Aug. 3 to 6. On Monday, August 3, chief analyst of Omdia, Diane Myers, will be presenting the session, “UCaaS Report: Leading the Way Forward,” from 3:30 p.m. to 4:15 p.m. To participate, register now!