UC with No Strings Attached

A new hardware device enables a small business to leverage a fixed wireless connection for its data and UCaaS needs. 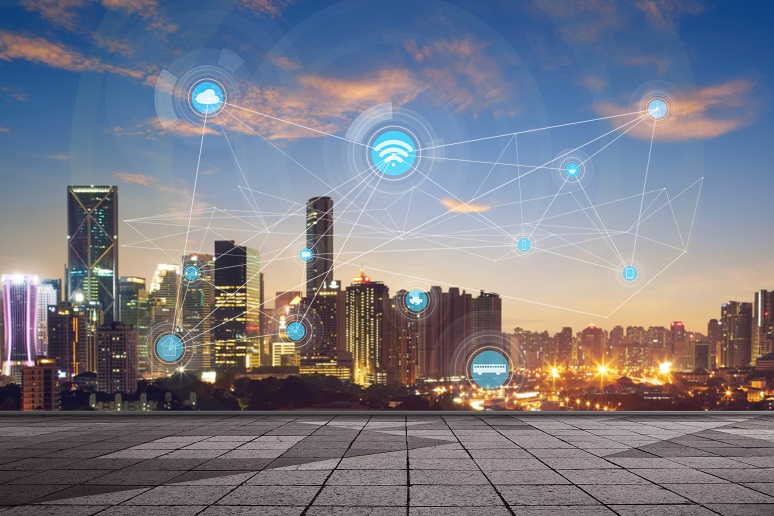 Many people use their personal smartphone more than their business phone — at least that’s a common perception. Actually, more often than not, the smartphone and business communications solution are tightly integrated, with most UCaaS systems now offering mobile clients, support SMS texting, unified messaging, and other integrated features.

I think there’s a reasonable vision that the smartphone will offer an enterprise all the necessary UCaaS features, but we aren’t there yet. Part of the problem is telecommunications straddle separate networks for wired and wireless networks.

For wired services, most businesses use some form of a fixed broadband network such as Metro Ethernet or cable-modem. DSL is common but increasingly unsuitable for today’s bandwidth loads, which has become apparent during the pandemic. Two parents on video calls and a kid playing video games can choke a DSL connection.

This is where the new Ooma Connect 460 comes in – a new hardware device that enables a small business to leverage a fixed wireless connection for its data and UCaaS needs. Ooma reports that 22% of its own UCaaS customers are using DSL and that there are over two million US businesses that only have access to DSL or satellite internet services.

The Ooma Connect 460 device has separate modules for the base and antenna. The indoor/outdoor antenna mounts on walls and windows. The ethernet-powered base connects to the outside world over a Sprint/T-Mobile wireless LTE connection (as fast as 600 Mbps) and or with a wired ethernet — either connection can be the primary. The Connect solution supports IP, DECT, and analog phones.

The device pairs with one of several service plans available from Ooma—the entry point LTE for voice starts at $29.99 per month and routes unlimited Ooma voice traffic from up to six endpoints (IP phones, DECT phones, analog phones, and PC or mobile apps) over wireless data services. The primary Internet plan, for $99.99 per month, uses the Sprint/T-Mobile network for all voice and data traffic up to 50 GBs. The other options position the wireless connection for backup data service.

What I like about this approach is that it emphasizes access. While that’s not unique, too often, UCaaS providers are hands-off with access. Unfortunately, that’s a barrier for many. Networks can be tricky. That reminds me of how Vonage made VoIP so plug-and-play in the 90s with its pre-configured terminal adapters. The customer plugged in a box and then plugged in their analog phones, and it works. Ooma is doing the 2020 version with IP phones (wired or wireless) over cellular wireless service.

UCaaS offers are beginning to look a lot alike because every provider offers free long distance, mobile clients, desktop clients, unified messaging, etc. The providers are now differentiating in different parts of the solution. It’s not a surprise that Ooma is focusing on the network. They found an earlier niche with a distributed architecture that allows users around the world to connect to the nearest server. That seems obvious, but most providers use a centralized architecture.

Very few UCaaS providers have a good answer for small business customers that don’t have sufficient broadband access. The ones that do, tend to be carriers themselves – which means network and UCaaS are bundled. Ooma has partnered with Sprint/T-Mobile for data services. Presumably, additional wireless options will be added, and if the customer gets new wired options, switching access is easy without a need to change or port numbers.

Ooma is a Silicon Valley-based, public UCaaS provider that was founded in 2004. It was primarily focused on the consumer and small business markets until it acquired Voxter in 2018. The company services small to large enterprises and often does so with a combination of services such as Ooma Office and Ooma Enterprise to meet specific business needs within a single account. Customers can pick and choose the features needed, including SIP trunking, based on each location’s requirements.

The staff at Ooma noticed that some of its retail customers had to choose different solutions for identical stores, including premises-based phone systems because some locations didn’t have good broadband options. In many areas, wired broadband options aren’t going to get better. Most networking infrastructure investments are now related to wireless connectivity.

The Ooma Connect solution could be ideal for a retail chain. Each location could have the exact same hardware and phones regardless if it is served by broadband ethernet or 4G (today and 5G tomorrow). If the customer implements both a wired and wireless Internet solution, then Ooma maximizes the total available bandwidth to improve voice quality and availability. Some studies show that small and medium-sized businesses lose over $40 billion a year in lost productivity due to Internet outages. Should one service fail, the failover would be seamless.

Internet access is the dirty little secret of UCaaS. The subject that few providers are willing to discuss. We can’t assume that every location has an IT person on site. Ooma Connect solves for instant connectivity, even temporary connectivity that a business may need to operate.

Hardware is a good niche for Ooma as the majority of UCaaS providers are terrified of this. Even better, Ooma is doing networking hardware with its “white glove” service, which reduces finger-pointing. I would like to see more providers embrace the kind that makes their solutions possible. That certainly includes network access, but also telephones, headsets, and other accessories.