Why 80 Million Microsoft Teams Phone Users Is Just the Beginning 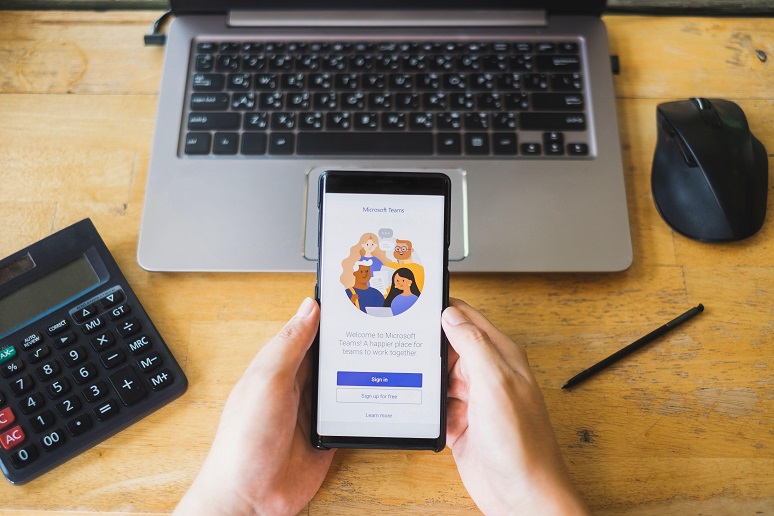 Image: NAPASORN SUKHONTASENEE - Alamy Stock Photo
A call is a call, whether it involves the PSTN or whether it is internal to an organization or external. I say this upfront because this piece is about how Microsoft defines Teams callers now and how there’s a lot of room for growth.
Recently, Microsoft said it’s got 80 million active Teams phone users. Microsoft is including both VoIP and PSTN calls in its definition of phone users, which is entirely reasonable. With 270 million monthly active users of Teams and given how easy it is for any of these users to make a peer-to-peer call and thus become a “phone user,” 80 million active phone users is realistic.
Unlike some who have suggested Microsoft is exaggerating, I am surprised there are 190 million active Teams users who don’t take advantage of calling capabilities on a regular basis. Given how well Teams calling supports a hybrid work environment, I would expect the number of Teams phone users to grow.
The growth of Microsoft Teams has been exceptional over the past five years (as shown in this graphic). 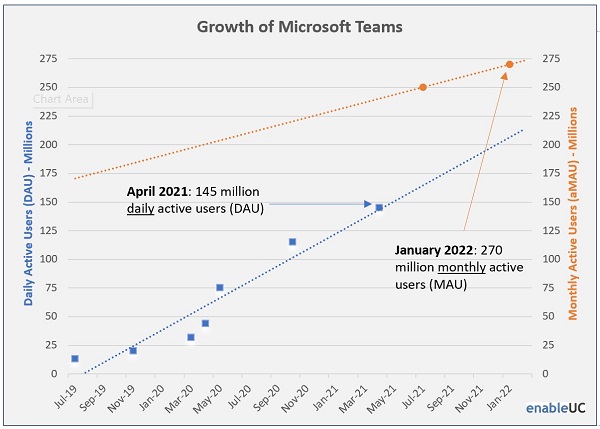 According to Microsoft, “All Microsoft 365 plans allow Teams users to make peer-to-peer calls within your organization using VoIP technology.” Thus, all users are potentially “Phone Users” by virtue that they can make calls by clicking on the Calls icon on the left rail of Teams.
All users can also initiate calls during a 1:1 chat session by clicking on the video or audio call button at the top of the chat window.

These calls can be made between any users within your organization, whether they’re working from home, in the office, or traveling. Calls can be made from a laptop to a mobile phone (running the Teams mobile client), from a mobile phone back to the office, or from one mobile phone to another.
Not All Phone Users are Phone System Users
While all Teams users are potential “phone users” and can make peer-to-peer calls to others within their organization, call users in other organizations (via federation) or make or receive calls to the PSTN, you require a Phone System License.
Without a Phone System License, if you try to call someone outside your organization—your call is not completed (as shown below). 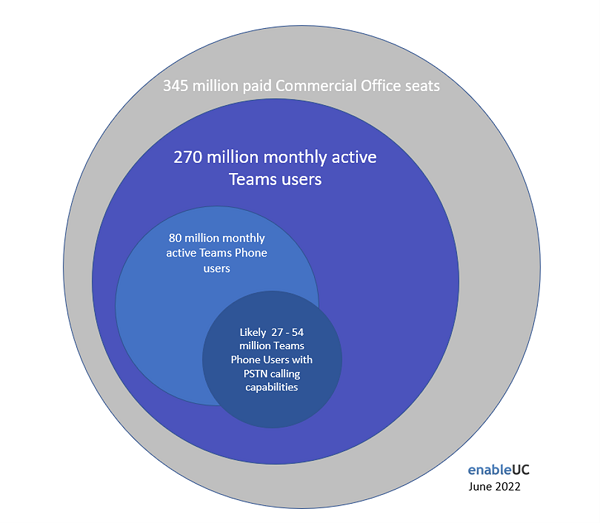 And I expect these circles to expand throughout the year.