Taking Video Meetings to Where No Meeting Has Gone Before 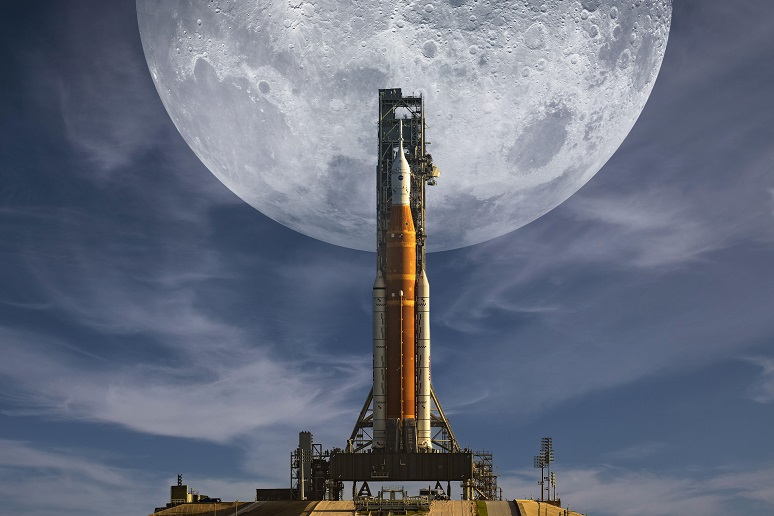 Image: Paopano - Alamy Stock Vector
Every science fiction buff knows at least two things about spaceships: They accept voice controls and support visual communications. But it turns out that neither is true today. However, with new technology that is being tested on the Artemis missions – NASA’s missions to return to the moon – NASA is taking a giant leap toward that futuristic vision of space communications.
While the moon is believed to be relatively unchanged since 1972, the technology to get there and back is completely different. The Orion spacecraft, with its capsule designed by Lockheed Martin, was launched at the Kennedy Space Center and is expected to return to Earth on December 11, as shared in this NASA blog. Earlier this week, Orion was a mere 81 miles above the moon, traveling 5,102 miles per hour, approximately 230,000 miles from Earth, NASA added. The total mission is about 1.3 million miles long, further than any other spacecraft designed for humans.
However, this particular mission does not have a human crew. Instead, it has three mannequins (named Campos, Helga, and Zohar), each outfitted with over 6,000 sensors. A blue panel named Callisto with an Apple iPad, a microphone, camera, speaker, and special versions of Amazon Alexa and Cisco Webex is also onboard.
Voice command seems like an obvious enhancement for a spacecraft, but they tend to require connectivity to a cloud service. “There’s definitely an expectation among the general public that these vehicles have voice-control technology on board already,” said Justin Nikolaus, lead voice UX designer at Amazon Alexa, as shared in this The Verge article. “There have been experiments, but there isn’t an AI on board just waiting to answer all your questions like there is in science fiction.”
Amazon created a new version of Alexa that could be installed on the spacecraft. It is not intended to enable control of the ship but can provide telemetry data and respond to pre-programmed queries such as setting a timer or playing a
playlist. Voice recognition technology isn’t quite reliable enough for NASA to give it operational controls, but it knows AI can be valuable in space.
Video communications is also much more complicated in space. The Orion will travel up to 240,000 miles away from Earth — that’s 1,000 times farther than the International Space Station. The increased complexities with usual communications issues, including latency, jitter, interference, and bandwidth constraints are out of this world.
The last time we captured video from the moon was in 1972, and it was grainy, analog, one-way, black-and-white, and very delayed. Cisco created a new version of Webex for interstellar communications. It uses the new AV1 codec for video compression that gets an HD video signal into a 128-kbps connection — about a tenth of a typical video conferencing solution. Cisco also adapted Webex for improved error correction and buffering. The signal delay to-and-from Artemis can vary up to 20 seconds based on its distance from the Earth.
The astronauts will use Webex to communicate and collaborate with mission control at the Johnson Space Center in Houston. This will include audio and video calls, as well as multi-party collaboration, including whiteboarding. Mission control has been outfitted with devices such as the Webex Desk Pro and Webex Board Pro. 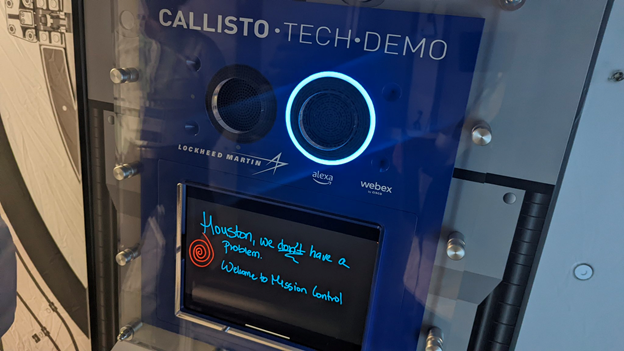 The Callisto test panel on display at Cisco Live US. Photo taken by Dave Michels.

Other Webex features like Webex noise cancellation could become important in future missions. It could be used to block unwanted background sounds like spacecraft sounds or from its occupants (remember that aforementioned playlist). Webex Hologram supports the transmission of immersive 3D images.
Visual communications have become so pervasive on earth that it’s hard to imagine they weren’t a part of the original Apollo missions. How did we convey those complex hacks that helped save the crew of Apollo 13 without video?
The moon is easy compared to Mars. The moon is only 238,000 miles away. Mars is 109 million miles away, which can result in more than 15 minutes of latency. This requires some new ideas, and NASA has one: Artemis II Optical Communications System (O2O), which leverages laser communication and provides rates as much as 10 times higher. This could enable live 4K video from the moon. 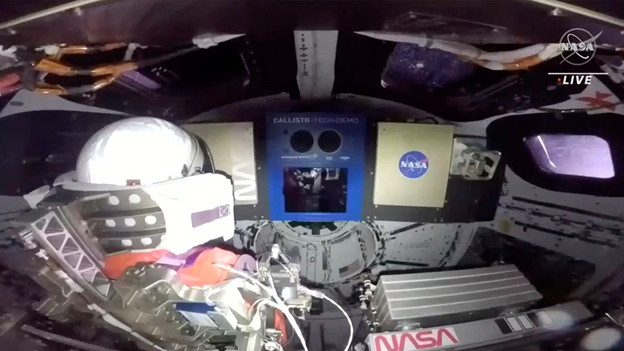 Commander Moonikin Campos can be seen sitting inside the Orion capsule. Photo credit NASA
This current journey is just the first of a series of increasingly difficult Artemis missions. NASA is working towards establishing a permanent outpost on the moon. The next trip, Artemis II, will have astronauts on board, and Artemis III is expected to land a woman and a person of color on the moon for the first time. Perhaps they will join us for a meeting on Webex.
Dave Michels is contributing editor and analyst at TalkingPointz.